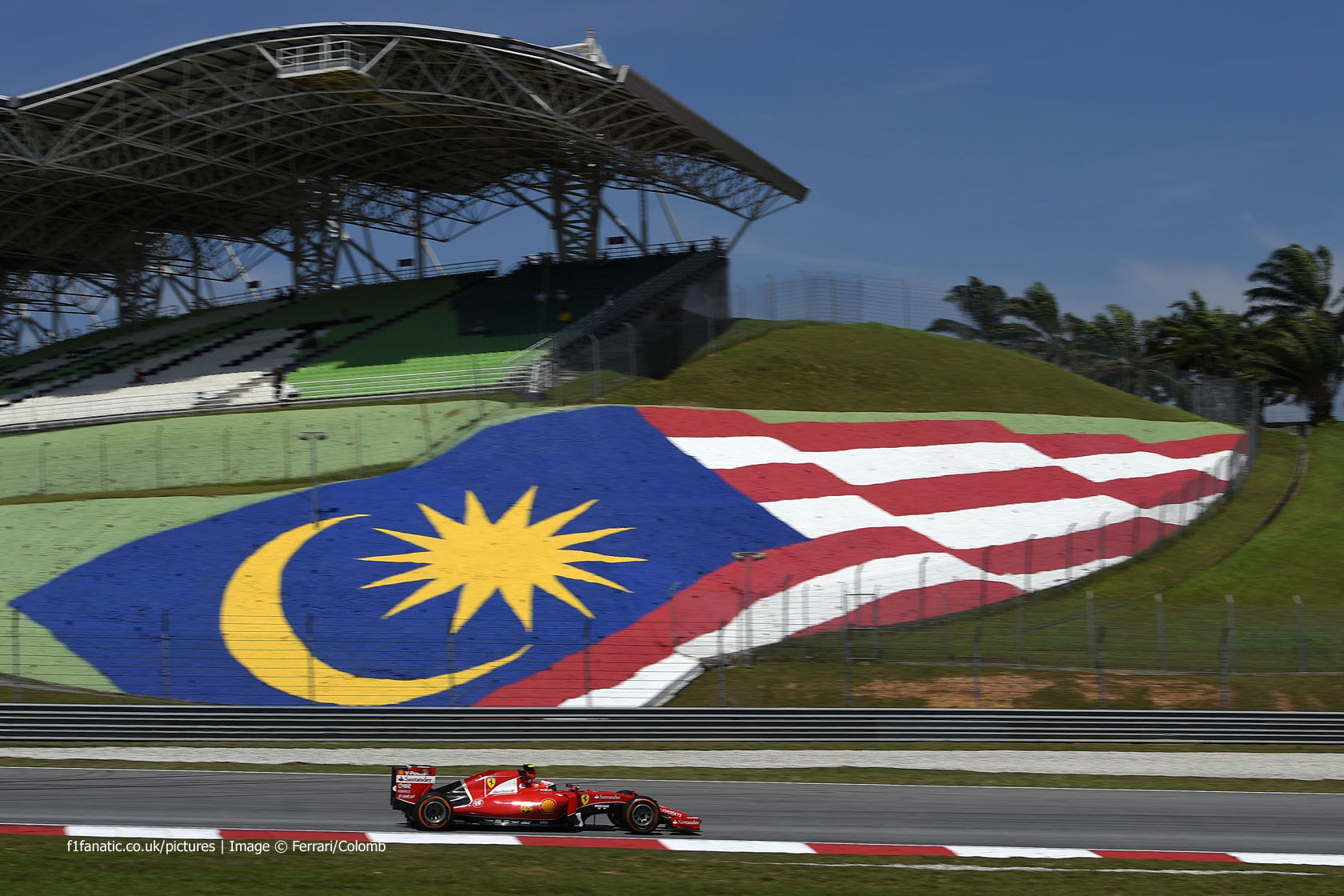 The disappearance of the Malaysian Grand Prix from the calendar after this weekend’s race is not causing Kimi Raikkonen any concern.

The Ferrari driver said he couldn’t think of much he expected to miss about the venue, which is not on the 2018 F1 calendar.

“To be honest I don’t know if we’re going to miss it,” said Raikkonen.

“It’s a nice circuit but the only thing you see is the airport, the hotel next to the airport and the circuit. You can choose from that what you’re going to miss, or not.”

“I think it’s been good racing over the years here,” Raikkonen added. “The layout obviously helps that.”

However Red Bull driver Max Verstappen said he was a fan of the Sepang International Circuit.

“I always enjoyed driving the track, that’s the biggest part we’ll miss,” he said. “The heat, to be honest, maybe not so much.”

Raikkonen’s team mate Vettel was more positive about the venue and suggested Formula One could make a return in future.

“I don’t think there’s one specific thing [we’ll miss], I think it’s a mixture of it. It’s the circuit but it’s also the conditions, the element of rain at any time during the day being possible. I think it’s provided very good racing.”

“I’m not involved in why we’re not racing here any more. But who knows, maybe we’re back after a year break or two, I don’t know.”

The Malaysian Grand Prix has been part of the Formula One calendar since 1999 but announced earlier this year it had terminated its F1 contract early.