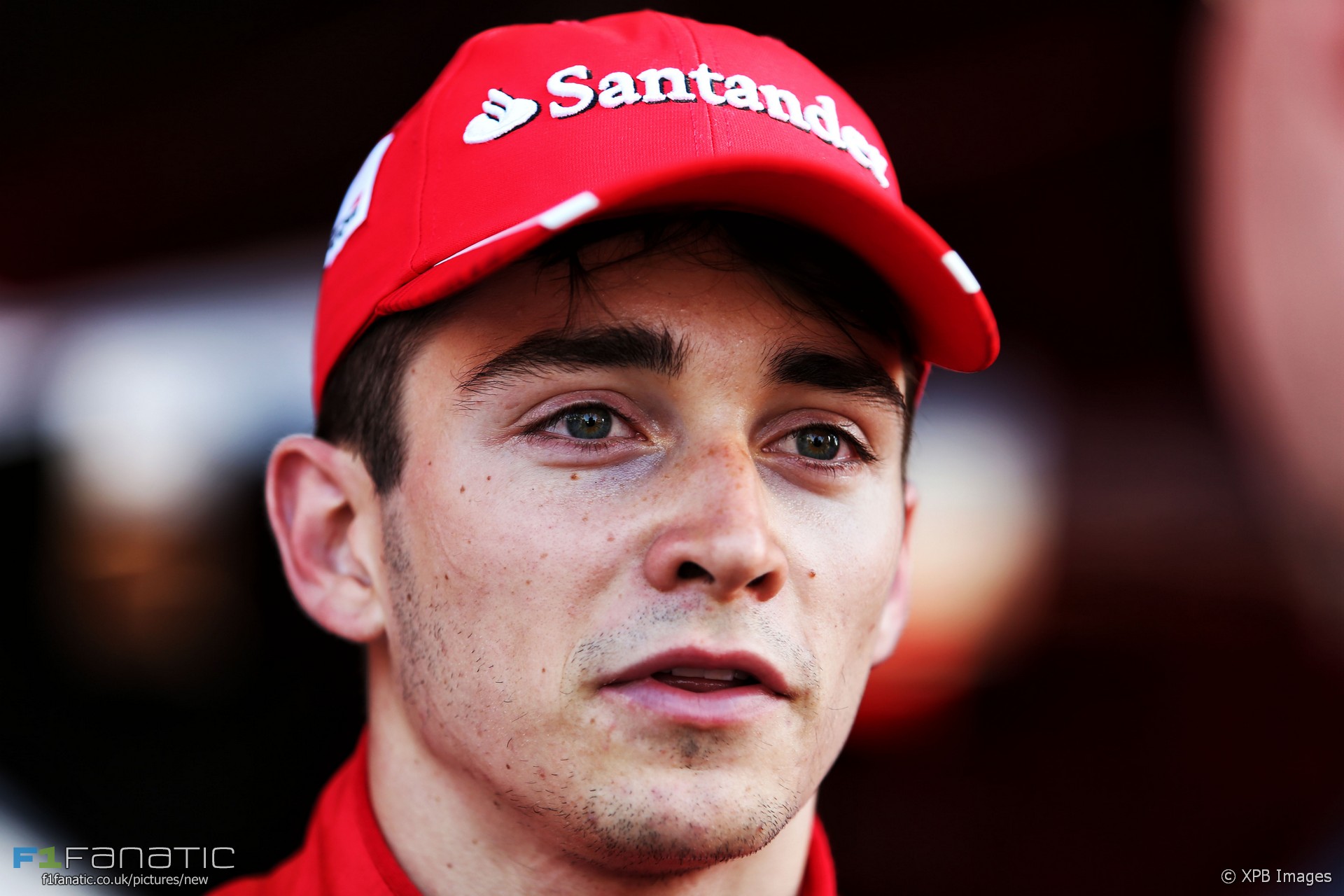 Formula Two points leader Charles Leclerc will have four runs for Sauber in F1 practice sessions this year, beginning with the next round in Malaysia.

Leclerc, who is a Ferrari development driver, will get behind the wheels of Sauber’s Ferrari-powered C36 at Sepang, the Circuit of the Americas, Autodromo Hermanos Rodriguez and Interlagos.

Sauber confirmed Leclerc will drive Marcus Ericsson’s car in the first of his runs in Malaysia.

The 19-year-old, who is the reigning GP3 champion, can clinch this year’s Formula Two championship title in the stand-alone double-header round at Jerez next month. He has already scored wins in Bahrain, Spain, Azerbaijan, Austria and Britain.

Leclerc also tested for Ferrari at the Hungaroring last month.