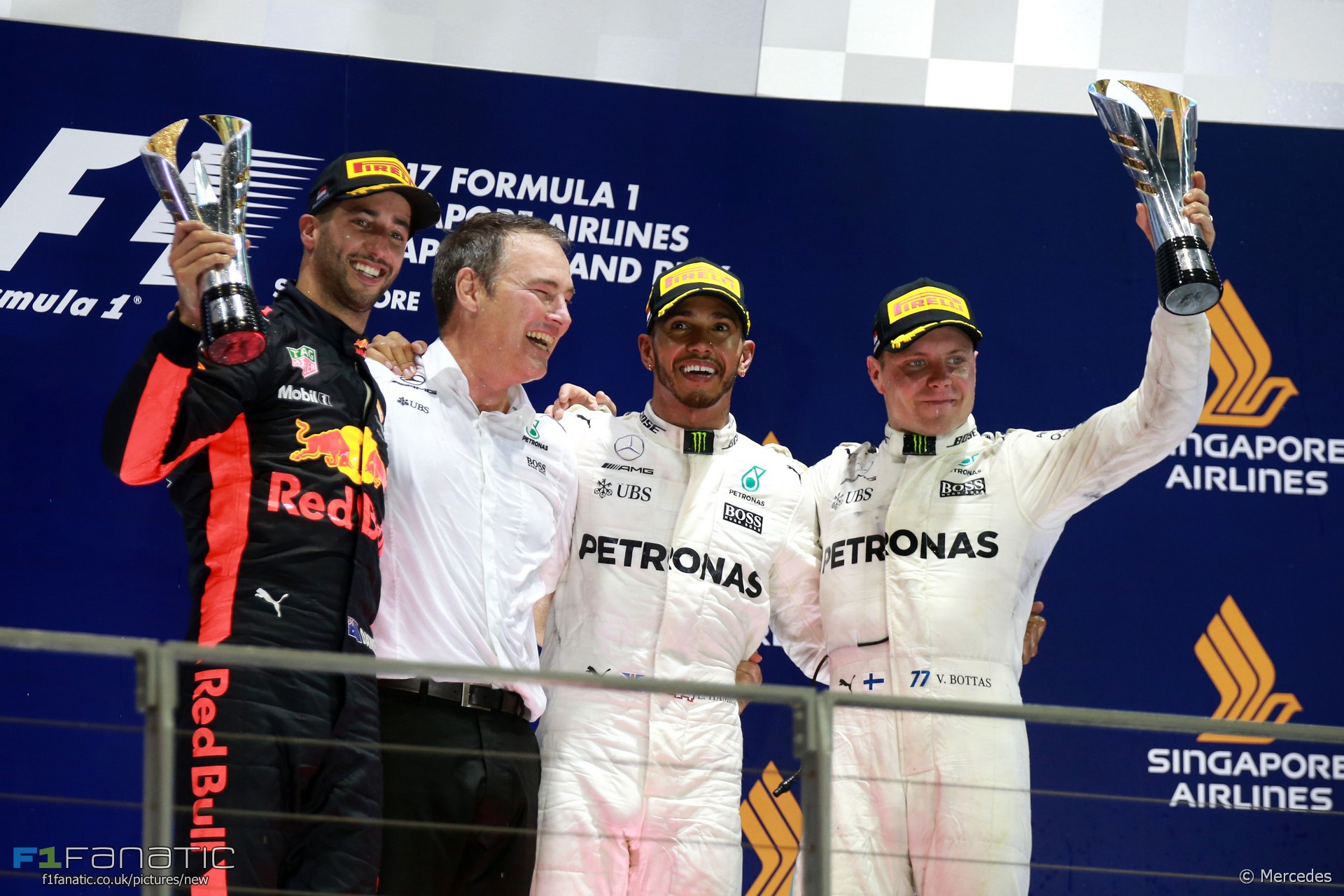 It says something about the Singapore Grand Prix that a victory by Lewis Hamilton counted as a surprise result. Fewer than 100 Predictions Championship players picked him for victory.

The first-lap drama which wiped out three serious candidates for victory meant that for most players this was a very low-scoring round. Nobody scored higher than 17 points – with one exception.

That was @Gnrpoison, who was the only person to correctly predict four of the drivers in the top five finishing positions. They scooped the top prize – a copy of the latest official Formula One game – while the pole position time tie-breaker had to be used to sort out a seven-way tie for the other prizes. @Drkrngr took second place and won the official F1 2016 seasonreview video while @Binnie-Family receives a copy of F1: How it Was.

Championship leader @Abcmarco’s lead was trimmed by one point but still stands at a healthy 24 with six rounds left to go.

There are prizes to win every race weekend and at the end of the season for the top scorers. The F1 Fanatic Predictions Championship is free to enter. You will need an F1 Fanatic account to place so sign up here if you haven’t got one.

Enter your predictions for each race using the form below, and scroll down for more information on the prizes and the rules.