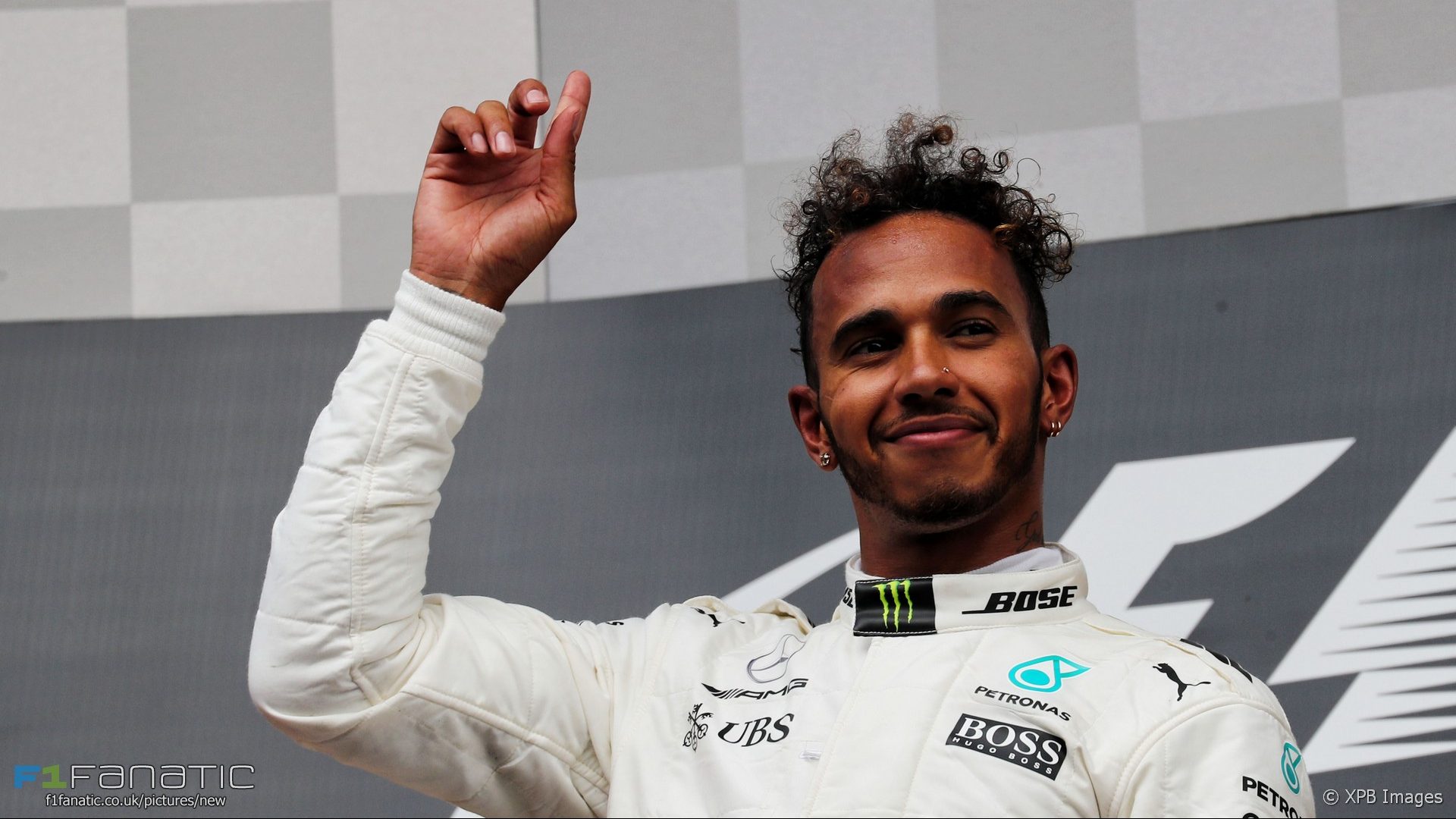 Hamilton scored his 68th pole position at his 200th race start. It took Schumacher another 41 races to reach 68 pole positions.

However neither driver racked up pole positions at the same rate as Ayrton Senna, who made it to 65 poles in 161 races:

But having caught up to Schumacher in terms of pole positions, Hamilton still has a long way to go to match Schumacher’s wins record. He took his 58th victory yesterday which leaves him 33 shy of Schumacher’s record.

There’s a neat symmetry in their achievements. Hamilton matched Schumacher’s record at Spa on the occasion of his 200th race. Schumacher marked his 300th race at the same track five years earlier, before being replaced by Hamilton at the end of the year.

Hamilton is the 17th driver in the history of Formula One to reach his 200th start. Three other drivers scored wins in their 200th races: Schumacher (2004 European Grand Prix), Jenson Button (2011 Hungarian Grand Prix) and Nico Rosberg (2016 Singapore Grand Prix).

The next driver to reach 200 will be Vettel. Based on the current 2018 F1 calendar that will happen at next year’s Chinese Grand Prix.

Vettel broke his own eight-year-old lap record for Spa yesterday. By doing so he also set the 30th fastest lap of his career which means he now has as many as Nigel Mansell.

Valtteri Bottas missed out on the podium which means his five-race run of rostrum finishes has come to an end. Vettel was on the podium for the ninth time this year, which is now the most of any driver, though Hamilton has the most wins with five.

Another early retirement for Verstappen means he remains the driver who has raced the least laps so far this year. He’s done 405 out of a potential 723, which is just 56%. Thanks to four technical failures and two first-lap collisions his RB13 has failed to make it beyond lap 13 in half of the races so far.

Despite tangling with his team mate twice, Esteban Ocon saw the chequered flag. He along with Hamilton and Vettel are the only drivers to have been classified in every race this year. He scored points for the 11th time in 12 races and is now just nine behind team mate Sergio Perez as relations between the pair plunge to new depths.

However Marcus Ericsson finished outside the top ten again meaning he has now started 40 consecutive races without earning a point.

Have you spotted any other interesting stats and facts from the Belgian Grand Prix? Share them in the comments.