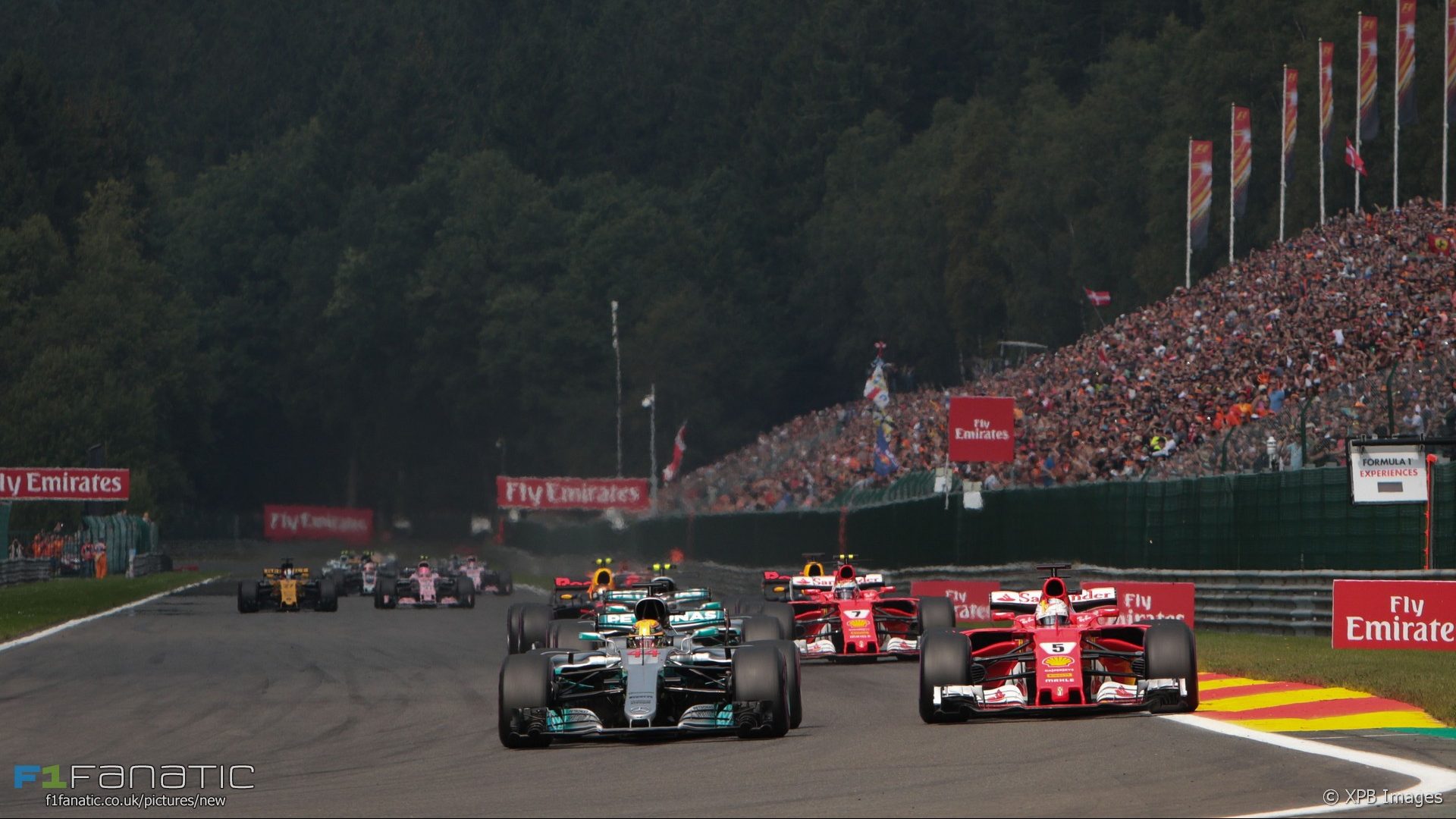 Sebastian Vettel believes his attempt to take the lead late in the Belgian Grand Prix was compromised by getting ‘too good’ of a run at the restart.

Vettel chased Hamilton hard throughout the race, managing to get into the Mercedes’s slipstream along the Kemmel Straight on both the opening lap and the restart.

Hamilton was able to successfully defend the attacks however and Vettel says he believes his proximity to Hamilton at the restart may have been more of a hindrance than a help.

“It was a tricky one,” says Vettel. “I knew I had an advantage with the softer compound. If I had to do it again, maybe I would do it a little differently. I had too good of a restart, probably, and too good of a first corner.

“I tried to open a gap, but we are a bit down on straight line speed so it’s playing with fire. If you open too much [of a gap], then it’s just silly because you can’t get back and then it’s like ‘why the hell did you lift?’. If you’re too close, then something like what happened can happen. At the top of the hill, I had to already get out of the tow. Then it was a drag race and even though I had momentum on him, then still a long way and there we’re missing a bit. So nowhere to go after that.”

Vettel says he was frustrated to have missed his opportunity to snatch the lead of the race away from his championship rival.

“I was super annoyed and angry in that moment,” he says. “I was trying to stay there but it was really difficult in that moment. I was surprised how well we could stick with [Mercedes] the whole race.

“Overall it was a fun race. I would’ve loved to maybe use that half a chance but I certainly learned something for the future.”

After Lewis Hamilton closed his lead in the drivers’ championship to seven points, Vettel says the key for Ferrari over the end of the season will be to maximise their qualifying performance.

“We are pushing flat out. Yesterday, if you look at the comparison to Mercedes, obviously I had a bit of a tow, but before that we were losing about three or four tenths in the straights. So that’s maybe what we’re missing.

“But it’s not a big secret that they’re very, very strong in qualifying and they’re still very strong. Plus Lewis is doing a good job so you can’t take it away from them. We simply have to get better, nail the laps, find more performance no matter where to qualify in front. As we saw today, if we had got out in front, I think we had the pace to stay there. In the end, we weren’t. So we have to live with second.”