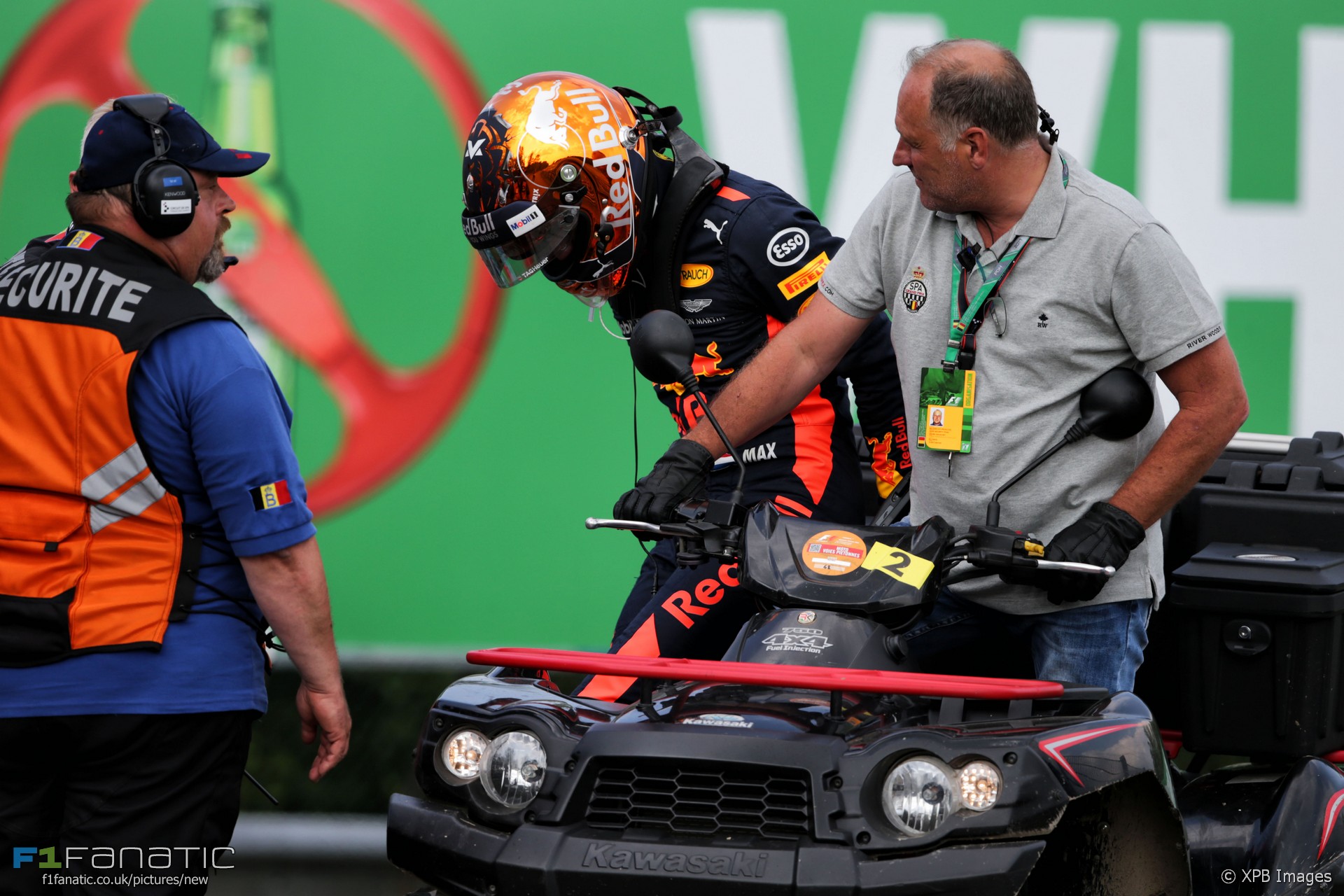 Max Verstappen admits he is ‘not a happy person’ after he was forced to retire from the Belgian Grand Prix after just seven laps.

In a race where thousands of Dutch fans had traveled over the border into Belgium to support him, Verstappen says he was disappointed to retire so early in the race.

“I’m just very disappointed,” says Verstappen. “Of course because I retired but also because of the fans who buy an expensive ticket to watch the race and then they see me retirement after eight laps.

“I said on the radio that I had no words. I think it is like that. In another way as well, for a top team, those things can’t happen. Of course in the beginning you can say bad luck, but this is not bad luck anymore. It’s just really bad at the moment.”

The retirement marked Verstappen’s sixth failure to finish in 12 races so far in 2017 and his fifth mechanical related DNF the season.

Verstappen was asked after the race how much longer the belief he has said he has in the Red Bull team will last.

“If it continues like this, not very long,” says Verstappen.

“We need to get on top of it. Of course we will always speak about it, but at the moment I’m not a happy person and looking forward to going back home.”