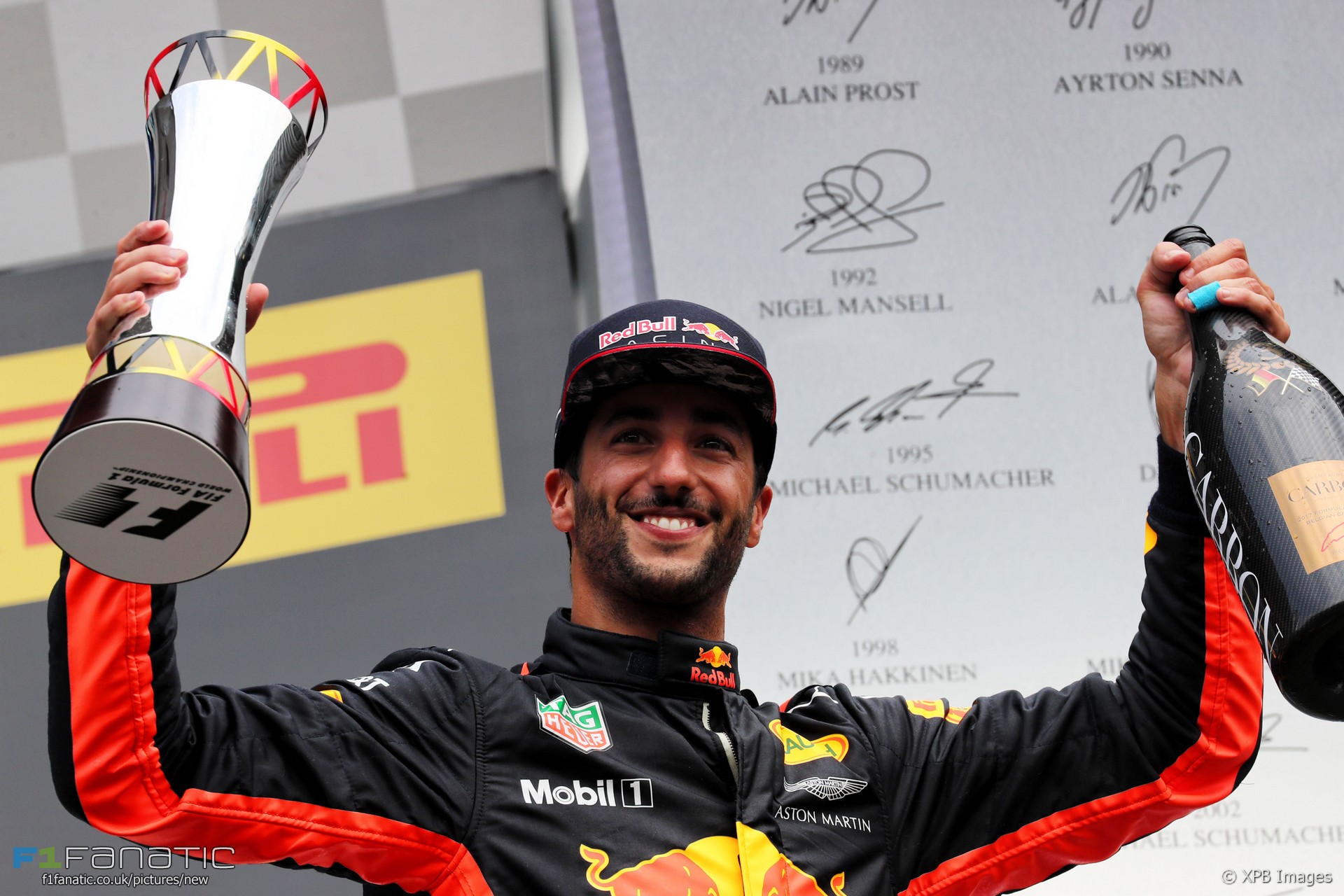 Daniel Ricciardo says he’s enjoying collecting trophies this season after he secured his sixth podium of 2017 at the Belgian Grand Prix.

The Red Bull driver was able to take third place after overtaking both Kimi Raikkonen and Valtteri Bottas at the restart late in the race.

Ricciardo says he is happy to have come away from Spa with a podium finish.

“Another podium. More trophies. I like it,” says Ricciardo. “We showed a more respectable pace today and then we had an opportunity under the safety car with the re-start and took the most of that, so I’m really happy with the result.

“The first stint, I picked up blistering on the left-front quite early, so I couldn’t hold very good pace. But then we fixed that and the next two stints we were strong. The restart was very crucial for the podium and a lot of fun.”

Ricciardo took advantage of the restart to make a bold move past both Raikkonen and Bottas to jump from fifth place into a podium position.

“The team did well putting me on new ultra softs, so it was a combined effort at the end there at the restart,” says Ricciardo.

“I got the tow – I wasn’t sure once I pulled out of Valtteri’s slipstream if he was going to pull away once he was in free air. But I had good momentum and was able to stay alongside and I was going to brake as late as I needed to. So I’m happy.

“I feel like any time I get a chance to capitalise on a win or a podium or a better result, I feel I take it.”

54 comments on “Ricciardo happy to keep racking up podiums”