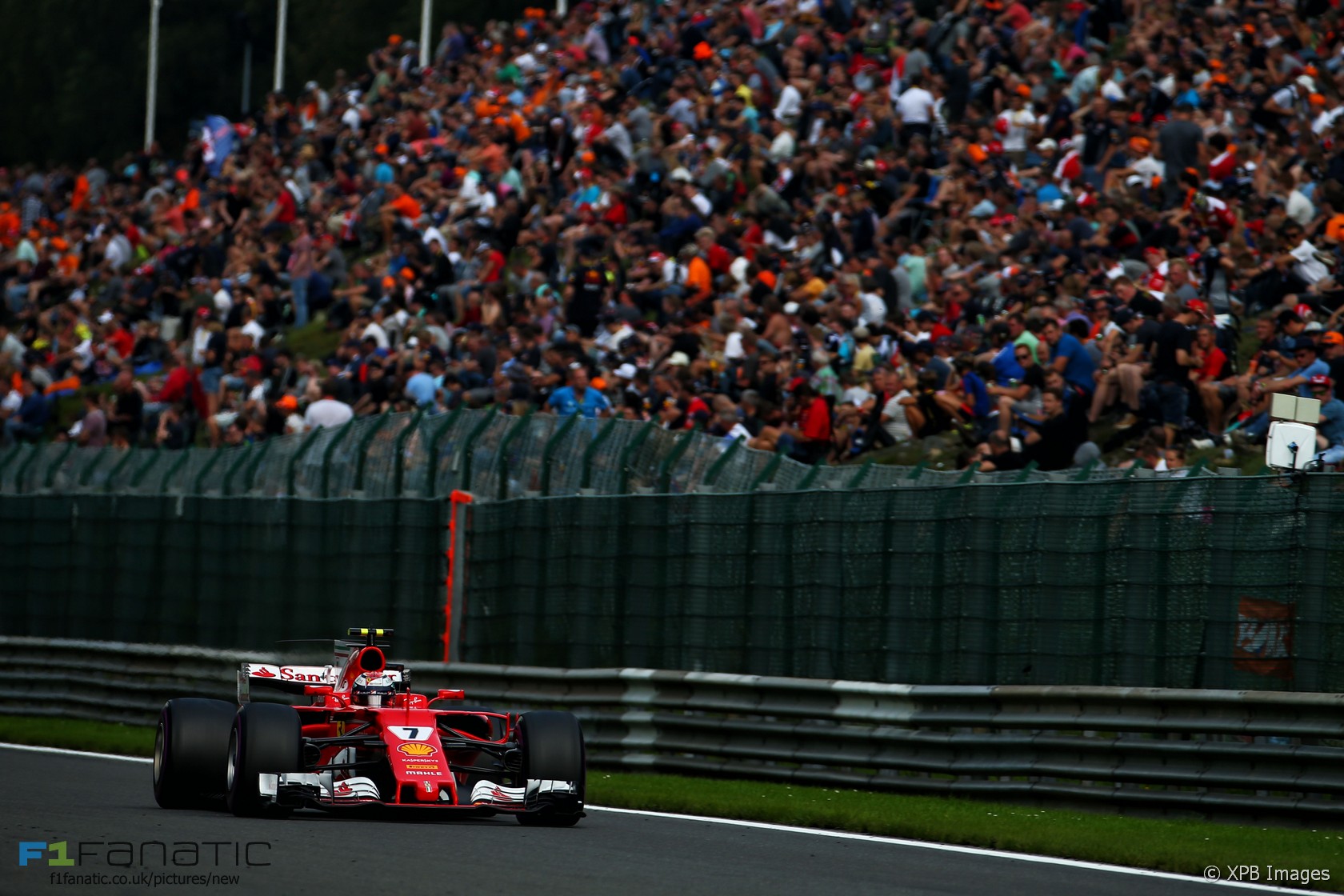 Kimi Raikkonen has been given three penalty points on his licence for failing to slow for yellow flags during the Belgian Grand Prix.

The Ferrari drivers also received a ten-second stop-go penalty during the race for the incident. Raikkonen drove through the yellow flag zone on the Kemmel straight at over 300kph while Max Verstappen’s car was being recovered.

The stewards said “video and telemetry evidence which clearly showed that the driver made no attempt to significantly reduce his speed in the area of the double waved yellow flags”.

Raikkonen queried his penalty on the radio during the race asking: “What do you mean? He was on the side of the road.” Afterwards he said: “When I saw the yellow flags I was on the straight, on the right side and I’m sure I did not go any faster than on any other lap.”

“The penalty was not ideal, but luckily there was a Safety Car and we could recover something.” He finished the race fourth.

Raikkonen did not have any penalty points on his licence prior to this race, meaning he is on a total of three. His only previous penalty this year was in Baku where he had to serve a drive-through after work was done on his car in the fast lane of the pits.

A ten-second stop-go penalty is the most severe sanction the stewards can hand down aside from a disqualification. It has been issued on two previous occasions this year: to Sebastian Vettel in Baku for hitting Lewis Hamilton, and to Daniil Kvyat in Canada for not being in his correct position prior to the start of the race.

28 comments on “Raikkonen given penalty points for yellow flag error”