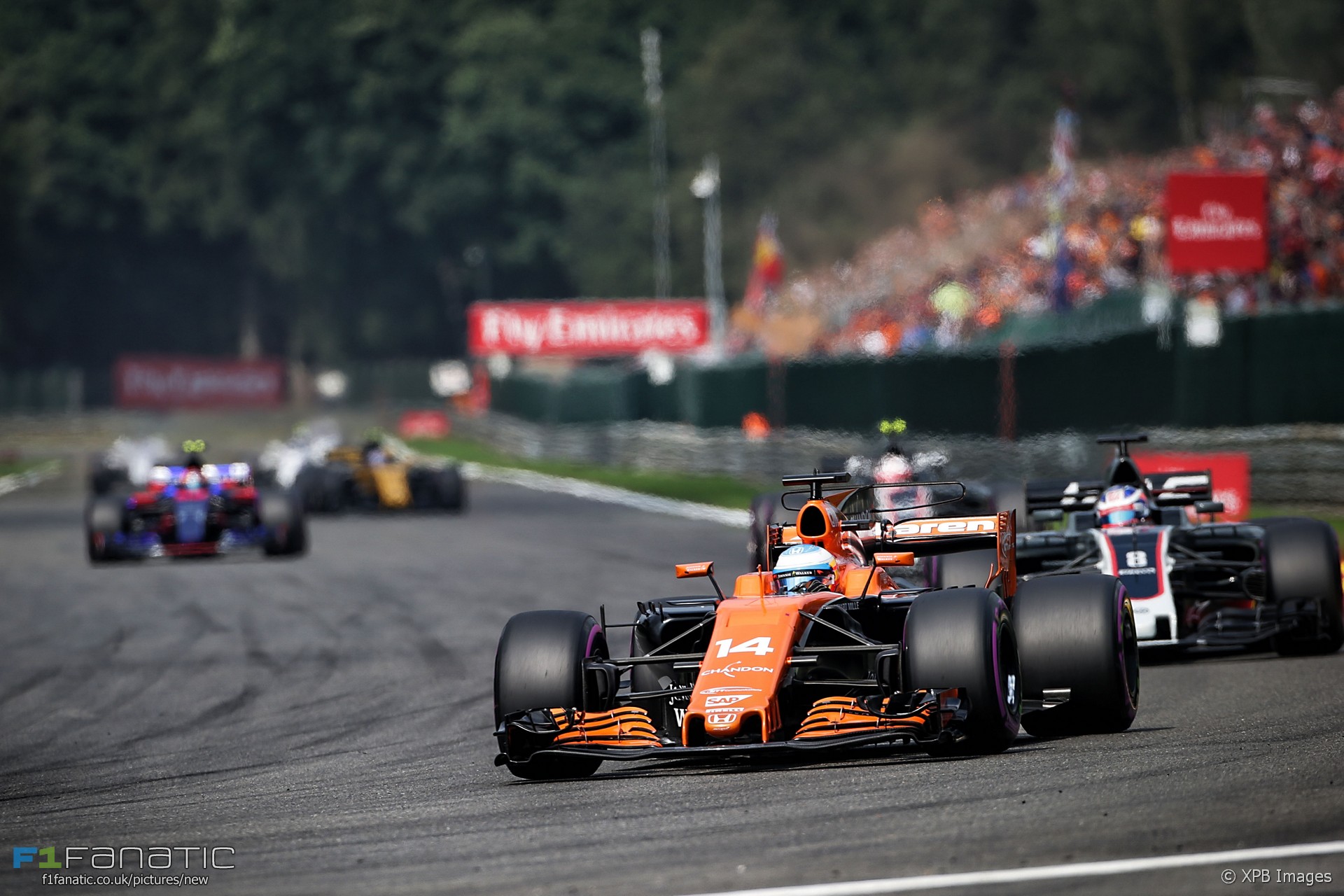 Honda’s Yusuke Hasegawa says that the engine supplier could see ‘nothing in the data’ to indicate there was a problem with Fernando Alonso’s McLaren prior to his retirement.

After dropping gradually through the field during the Belgian Grand Prix, Alonso retired from the race on lap 26, complaining of an engine problem on his car.

Despite Alonso’s claims, Hasegawa says the decision was made to pull Alonso out of the race even though there was no indication of any problems in the team’s data.

“After starting brilliantly, Fernando then had a tough race overall,” says Hasegawa. “He radioed in with what he thought was a problem with the car, and although there was nothing showing in the data, we decided to stop the car as a precaution.”

Following a good start that saw him running as high as seventh in the early stages, Alonso fell backwards through the field seemingly unable to hold off the cars around him.

“It was a difficult afternoon and we were not competitive in race trim,” says Alonso. “The car was too slow on the straights and it was impossible to have any battles out there, so points were also impossible today.”

“Eventually, we had to stop due to an engine issue.”

Hasegawa says that Honda will “continue to accelerate our development in order to improve our PU further.”

52 comments on “No evidence of engine problem in Alonso data, say Honda”