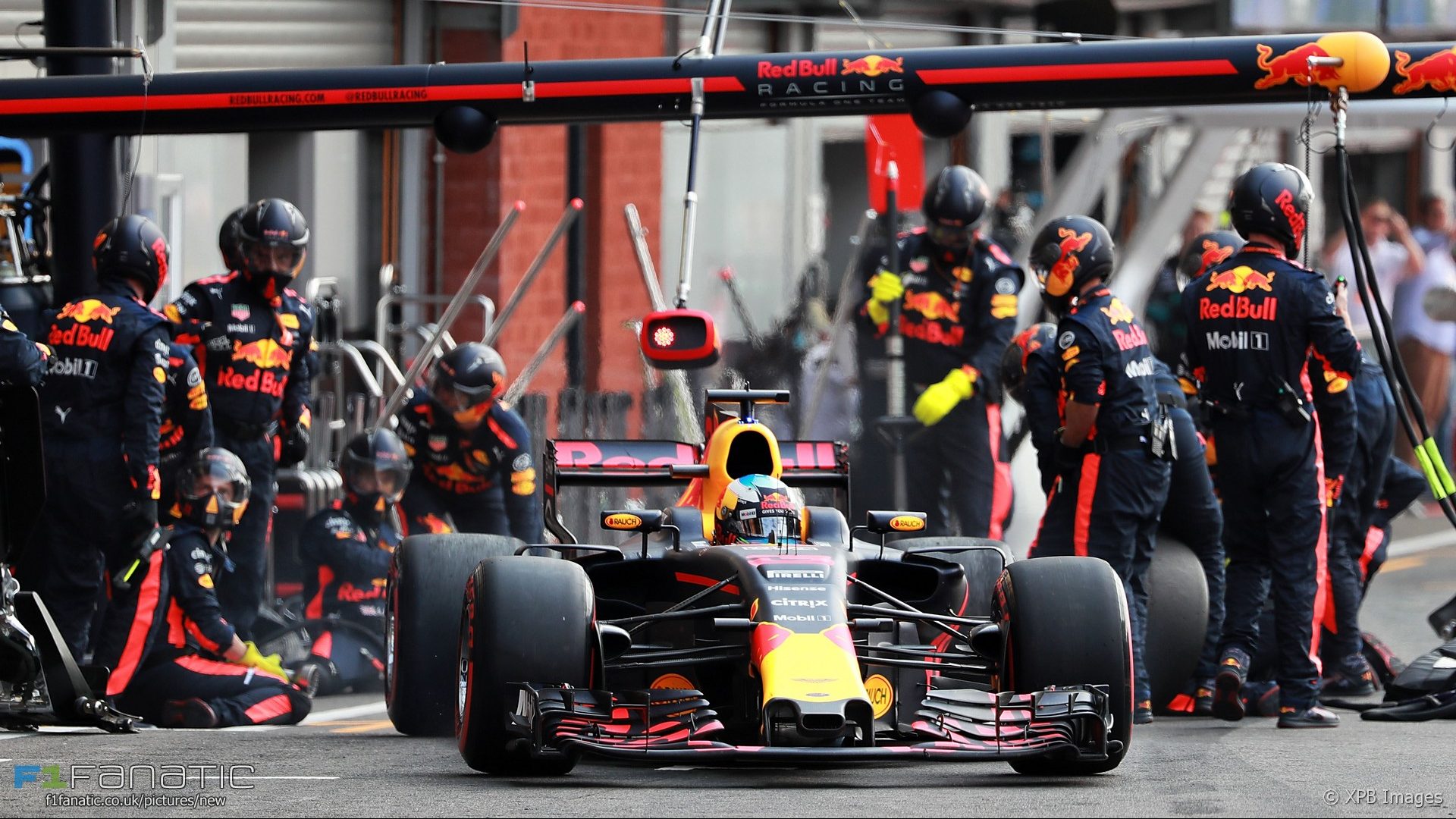 Lewis Hamilton’s two visits to the pits were the fastest complete stops of the Belgian Grand Prix.

However like most of the leading drivers he wouldn’t have made a second pit stop had the Safety Car not given them the opportunity to put on fresher rubber. This played into Ferrari’s hands as they, like rivals Red Bull, had saved a fresh set of ultra-soft rubber.

Red Bull gambled on strategy with Daniel Ricciardo, who was their only remaining driver after Max Verstappen’s early retirement. They attempted to complete the race using only the softest tyres available, despite Ricciardo’s concerns about blistering. The Safety Car period gave them the option of a free second pit stop, so whether he would have made it became a moot point.

Kevin Magnussen was very unhappy with his ultra-soft tyres at the beginning of the race. He repeatedly urged his team to bring him in and his lap nine pit stop was one of the earliest. He put on soft tyres intending to run to the end of the race, but after pitting for super-softs under the Safety Car he locked up, spoiled his tyres, and eventually pitted for another set of the ultra-softs.

The tyre strategies for each driver: