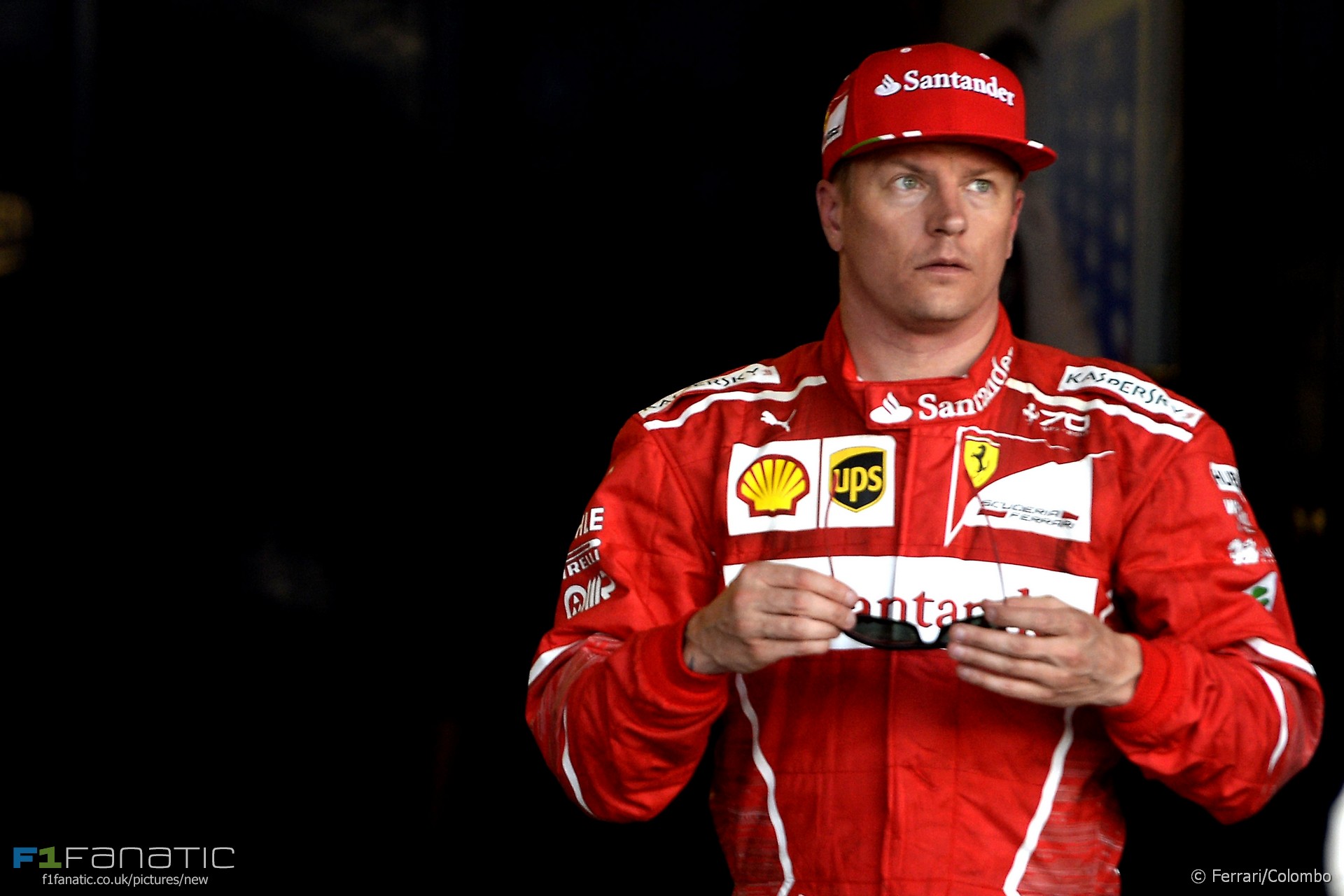 Formula One is “not the nicest place to just hang around” according to Kimi Raikkonen, who said he wouldn’t stay in the sport if he didn’t think he had a serious change of winning.

Raikkonen, who signed a new one-year contract with Ferrari earlier this week, said the attraction of returning to F1 for a 16th season is “purely the racing”.

“I have zero interest to waste my time or the team’s time to be a part of it. It’s not the nicest place to just hang around. The racing is the main thing.”

“There’s a lot of other sides of F1 but as long as racing is the biggest part, that’s it, and as long as I feel myself that I can win races and fight for championships then that’s fine. When I don’t feel like that I will be the first guy to do something else.”

Raikkonen says he’s been performing better in the car than he was at the start of the season.

“We want to do well, you want to improve,” he said. “I guess you always find things to do better and try to find more speed. Lately it’s been a bit better.”

“We’ve been feeling a bit more comfortable and been able to drive as we want and the result suddenly looks a bit better. I’m confident that we are doing right things and getting where we want to.”