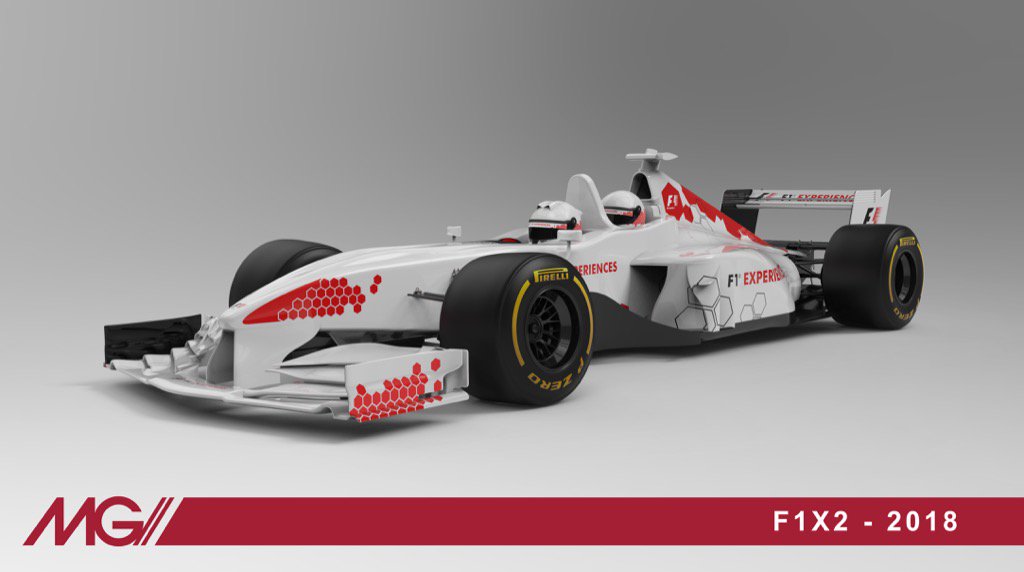 Formula One’s two-seater car will have a new look for the 2018 F1 season.

The two-seater machine was introduced this year as part of F1 Experiences, giving fans the opportunity to take laps around circuits at near-F1 speeds.

The car, based on a 1998 Tyrrell 026, will be given a new styling package next season to make it resemble the current generation of F1 machines. Among the styling changes are reshaped rear wing endplates which mimic the swept-back style of the current cars.

Former Formula One designer Mike Gascoyne, whose consultancy company is responsible for designing the cars, revealed how the new car will look on social media.

The current two-seater cars have appeared at several of this year’s races in the hands of former F1 drivers Patrick Friesacher and Zsolt Baumgartner.