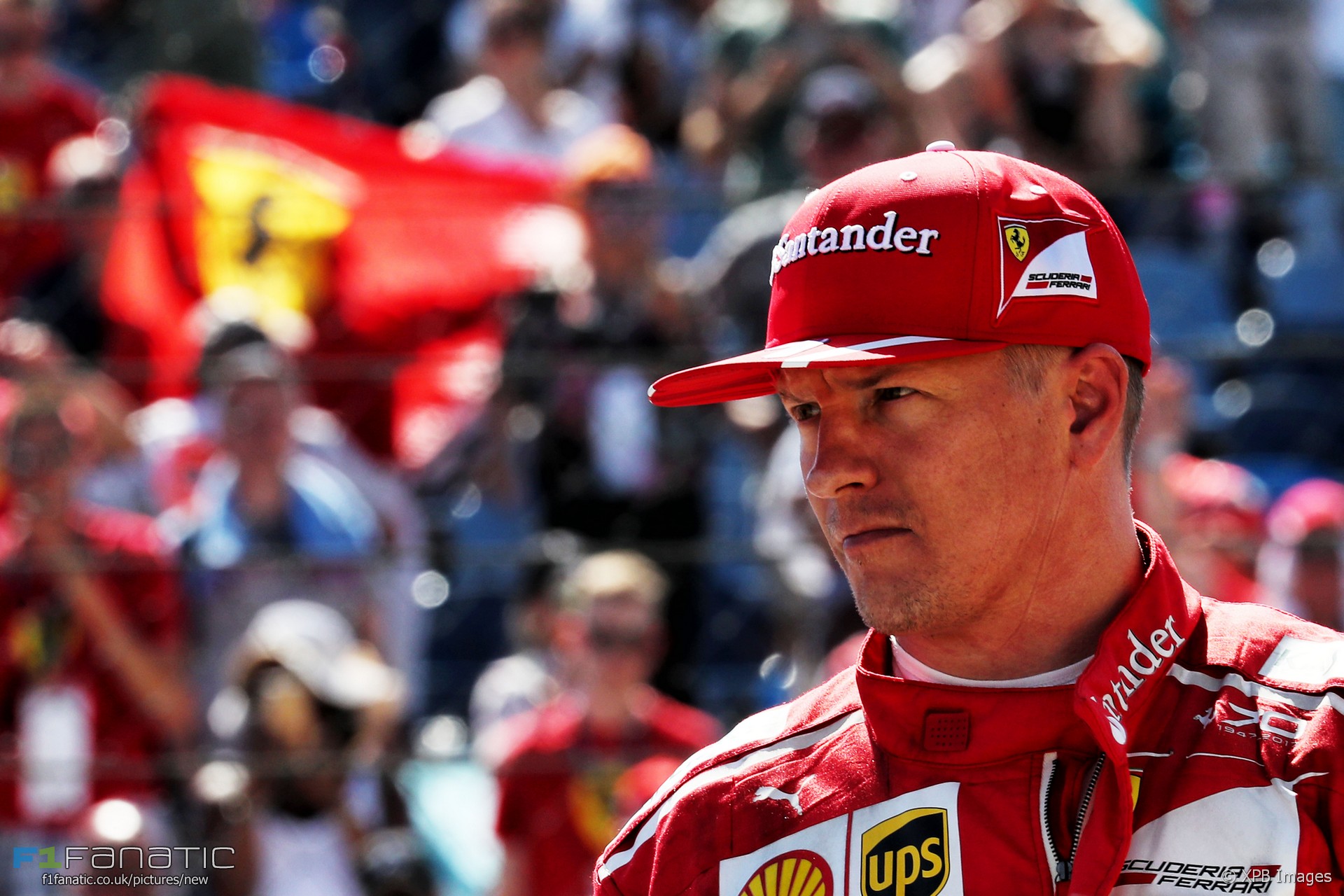 Kimi Raikkonen has extended his contract to drive for Ferrari in 2018, the team has confirmed.

“Ferrari announces that Scuderia Ferrari has renewed its technical and racing agreement with Kimi Raikkonen,” the team said in a statement on Tuesday.

“The Finnish driver will therefore race for the Maranello team in the 2018 Formula One world championship.”

Raikkonen first joined Ferrari in 2007 and won the championship for them in his first season. However he was dropped by the team at the end of 2009 and replaced by Fernando Alonso.

Following a break from F1 and a return with Lotus in 2012, Raikkonen was lured back to Ferrari in 2014. His new deal means the 2018 season will be his eighth year at Ferrari.

Raikkonen will be 38 years old at the beginning of next season. He began his F1 career with Sauber in 2001 and has won 20 of his 262 starts to date.

Ferrari is yet to confirm the identity of Raikkonen’s team mate for 2018 as Sebastian Vettel’s contract expires at the end of this year.

The Italian team has an extensive squad of junior development drivers including Antonio Giovinazzi, who made his F1 debut as a reserve for Pascal Wehrlein at Sauber in the first two races of the season. Ferrari also has runaway Formula Two points leader Charles Leclerc on its books. Leclerc tested successfully for the team at the Hungaroring following the last race.

View the updated list of 2018 F1 drivers and teams