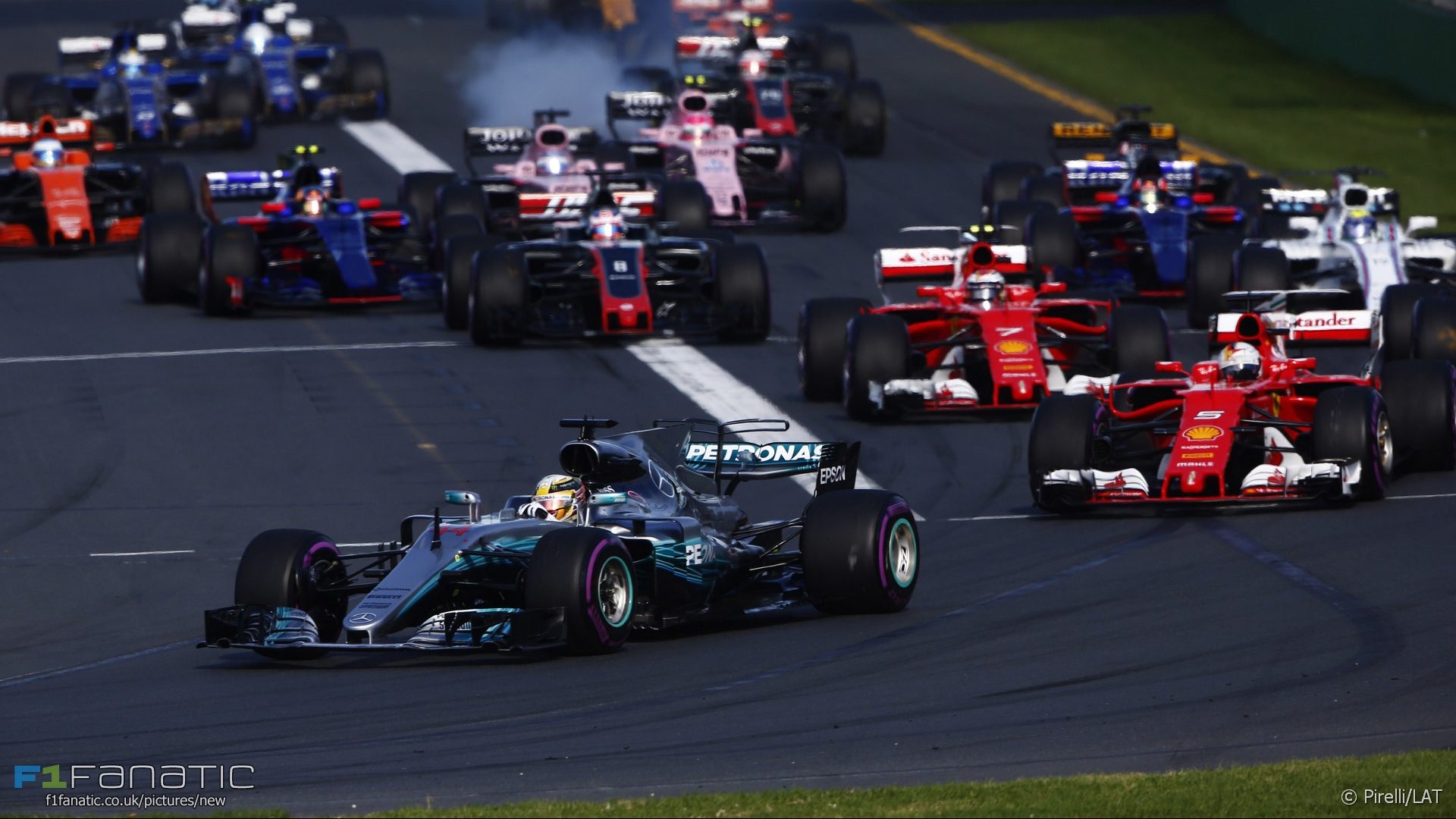 Which driver has finished higher than his starting position in almost every race so far?

And who has racked up penalty points more quickly than he has championship points?

Here’s one telling stat about each of the 20 regular drivers on the grid so far this year. He may be second in the points standings but Lewis Hamilton has led the most laps of any driver this year: 262. That’s 38.59% of laps raced so far and exactly twice as many as his team mate has led. No one has finished on the podiums more times this year than Valtteri Bottas. He’s been up there eight times, the same number as Sebastian Vettel and two more than Hamilton. If Hamilton hadn’t returned third place to him in Hungary they’d have seven apiece. The most positions gained in any race so far this year was Daniel Ricciardo’s 14-place climb to fifth place at Silverstone. He started 19th after his power unit failed during Q1. Unreliability has been the story of the season so far for Max Verstappen. He’s covered the least racing laps of any driver who’s entered every race – fewer even than Fernando Alonso, who missed the Monaco Grand Prix. Three technical failures and two first-lap accidents means he’s done just 398 laps so far. It took Vettel just five races to reach 90 laps in the lead, which was as many as he managed throughout the whole of last season. His team mate still has left than half that, while Vettel has gone on to rack up 221 laps at the front of the field. Which driver outside of the top three teams has been ‘best of the rest’ most times this year? That would be Sergio Perez: He’s finished with only Mercedes, Ferraris or Red Bulls ahead of him three times, in Russia, Spain and Canada. The opposite of Raikkonen so far this year is Esteban Ocon: He’s finished higher than he started in ten of the eleven races so far. Silverstone was the only track where he failed to improve on his starting position. What a change a year makes: Having been blown away in qualifying last year 17-4 by Bottas, Massa is 9-1 up against Lance Stroll so far in 2017. Stroll’s qualifying woes are underlined by the fact he’s gone out in Q1 on seven occasions – the same number of times Massa has made it into Q3. No wonder Fernando Alonso fancied a change. When he took the lead of the Indianapolis 500 it was the first time he’d led a race in over a thousand days – 1,036 to be exact. How long until he leads another? The most-penalised driver on the grid is undoubtedly Stoffel Vandoorne. He’s had 63 places of grid penalties, which is seven fewer than Alonso, but unlike he team mate he’s also picked up a five-second time penalty and a drive-through penalty so far this year. Carlos Sainz Jnr gets points for consistency: Every time he’s seen the chequered flag he’s been in the points, while his team mate has had six non-scoring finishes. Here’s a driver who needs to stay out of trouble. Daniil Kvyat has scored more penalty points (ten) than championship points (eight) over the last 12 months. There’s no doubt which Haas driver is qualifying better. Romain Grosjean has been in Q3 five times but Kevin Magnussen hasn’t made it there once. However Magnussen has made up for those low qualifying positions by being the top performer on lap one. He’s made a net gain of 22 places on the first lap of races so far this year – averaging exactly two positions gained per start. The only driver who’s entered every race without being beaten in qualifying is Nico Hulkenberg. He’s 10-0 up against Jolyon Palmer (who wasn’t able to set a time in qualifying in Azerbaijan). On average Palmer has been 1.02 seconds slower than Hulkenberg in qualifying. That’s the biggest deficit of any driver, and even if we ignore Australia (where Palmer had a car problem) his average of 0.767s is still the worst. And bringing up the rear: Marcus Ericsson has the most Q1 eliminations of any driver with nine. Aggressive tyre strategies are Pascal Wehrlein’s preference: He’s spent longer on the ultra-soft tyre than any other driver – 206 laps.

Have you spotted any more telling statistics about the drivers so far this year? Share them in the comments.