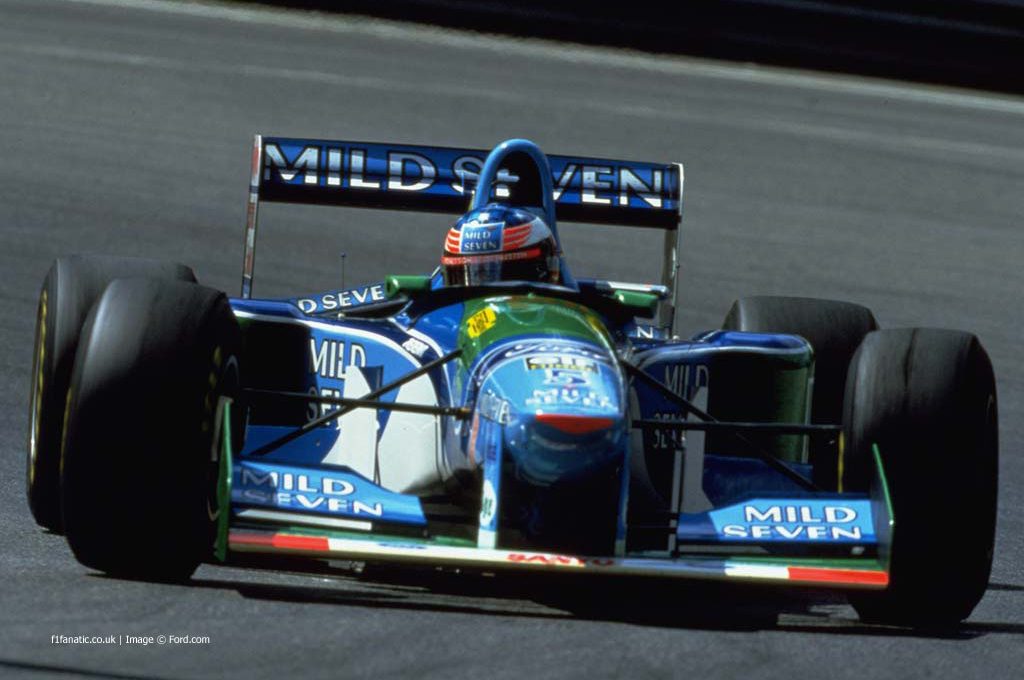 In the round-up: Formula Three racer Mick Schumacher has driven a Benetton B194 of the type his father Michael Schumacher used to win the first of his seven titles.

Schumacher drove the car at Spa-Francorchamps, where his father scored his first F1 win 25 years ago.

"Finding your way, when you are frustrated, to deal with things differently and dealing better with the brakes not working and stuff like that - I need to work more on that."

'An upset Bernie is a dangerous Bernie' (Crash)

"Asked whether he thought long-time ally Ecclestone has given him any insight into his future plans Blash steered clear of speculating but doesn’t believe the F1 supremo will walk away altogether. 'Let’s just say an upset Bernie is a dangerous Bernie,' he said."

#SummerOfStats – At 900C, the exhaust gases from the #Honda power unit are hot enough to turn rock to lava #TheFloorIsLava #Fact #F1 🌋 pic.twitter.com/mLcF9r1NpL

@TheBullWhipper puts the case for more standardised parts in F1;

It’s not the big horror story everyone seems to think it is.

The cars already share side and rear impact structures, ECUs, fuel flow meters and driver displays, also I believe the on-board fire extinguishing system is spec too, along with several teams buying in their gearboxes and often rear suspension too from their engine suppliers (Hass/Ferrari, Williams/Mercedes and Force India used to do a similar thing with McLaren).

I’m sure things like DRS actuators, oil and water coolers, the whole of the ERS (especially if the MGU-H is dropped for the next generation of engines), not mention things like drivers pedal assemblies and several other ancillary systems and components can be made spec, without, in any way, effecting the spectacle or the competition.

These changes could save the teams millions of dollars and if no-one told us, we would never know.
@TheBullWhipper

It’s Spa next – are you going? Find other fans who are here