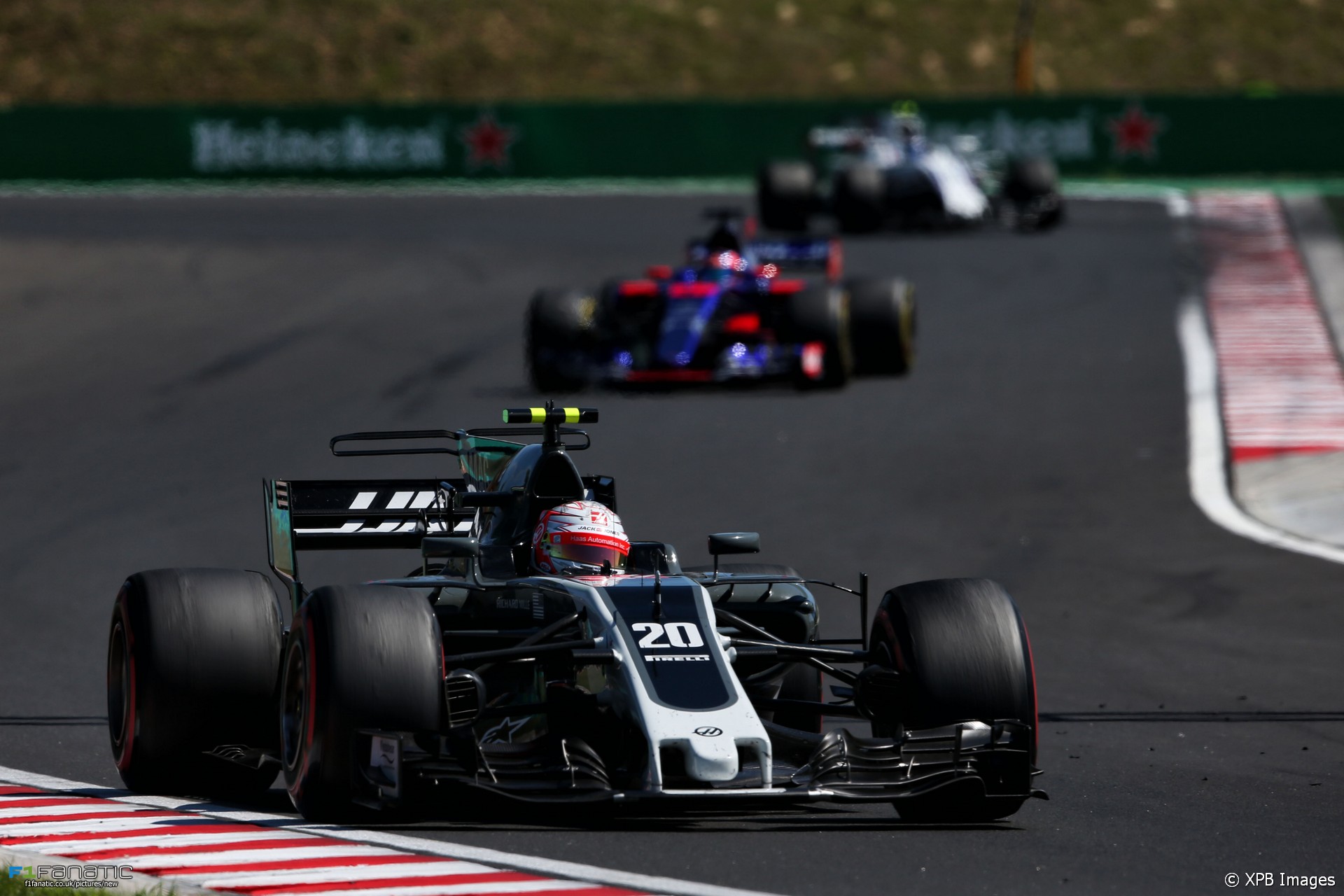 An unimpressed Kevin Magnussen told Nico Hulkenberg to “suck my balls” after being penalised for forcing his rival off the track during the Hungarian Grand Prix.

Hulkenberg approached the Haas driver, who forced him off at turn two during the race, and called him “once again the most unsporting driver”.

The stewards sided with the Renault driver and gave Magnussen a five-second time penalty which dropped him from 11th to 13th in the final classification. The Haas driver also received two penalty points on his licence, putting him on a total of seven.

The stewards ruled Hulkenberg was entitled to be left room on the outside of turn two when Magnussen forced him wide.

“Hulkenberg was overtaking Magnussen around the outside of turn two on lap 62,” the stewards explained.

“Hulkenberg was fully alongside Magnussen in the manoeuvre, and in fact a little ahead, and thus had the right to the racing line at the exit. Instead, Magnussen continued to use the full width of the track and forced Hulkenberg off the track at the exit of turn two.”

“He (Hulkenberg) didn’t get anything for what happened at turn one when he smashed into the side of Romain, which finished his race effectively.”

“I didn’t even touch him. He could have chosen to back out, as I had the corner. I was on the inside and we were side-by-side. If anything, I was a little bit in front. I just chose my line.”

“It’s not like I moved off the racing line. We braked late, so it’s natural you go wide and push on the entry. He put himself in danger on the outside.”