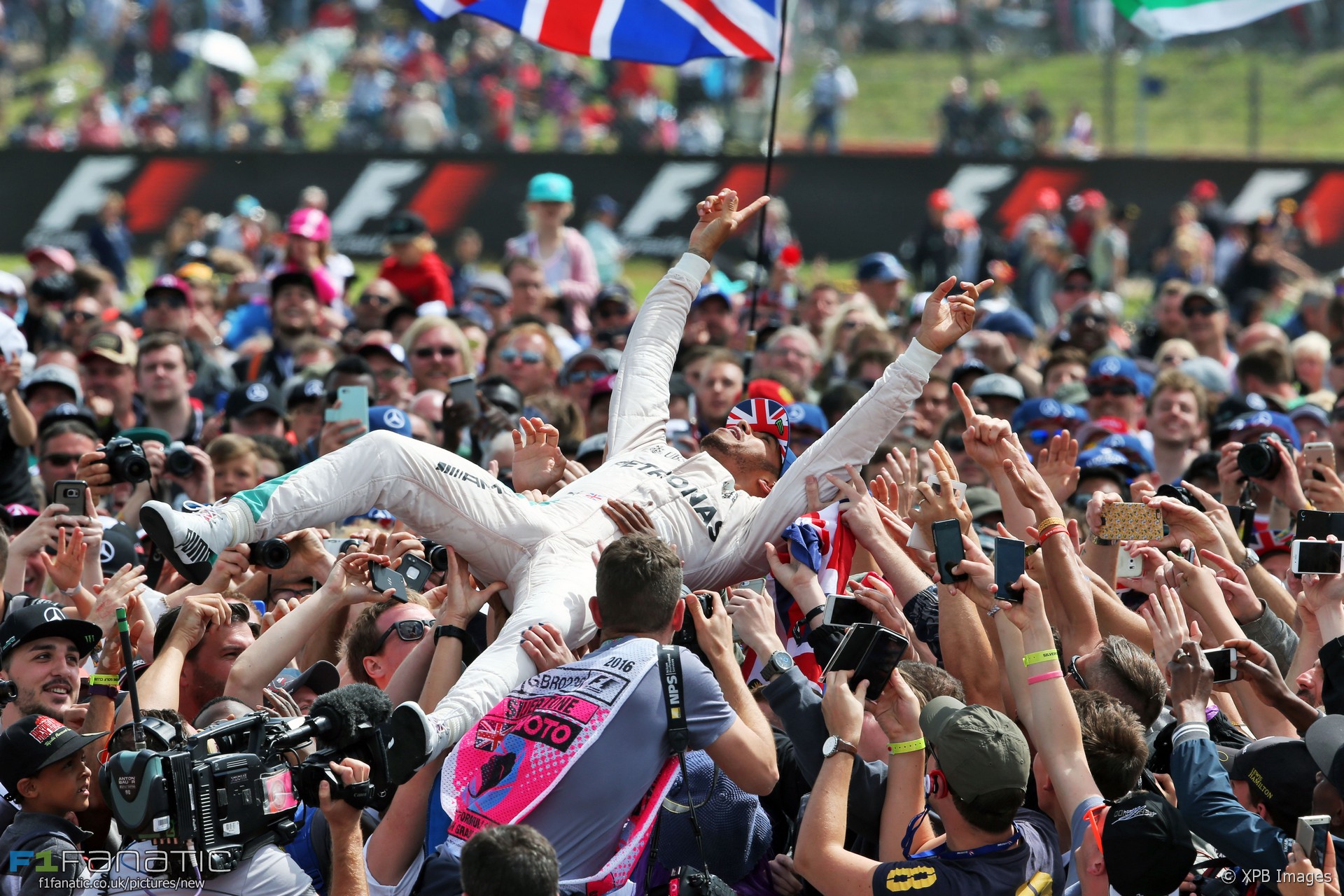 Lewis Hamilton has had a couple of tough races but will driving in front of his home fans may reinvigorate him and his championship campaigned? Here’s the talking points for Silverstone.

Hamilton didn’t make it onto the podium in either of the last two races – something which hadn’t happened since the V6 hybrid turbo era began. He arrives at Silverstone looking not just to score a record-equalling fourth consecutive home win, but to gain lost impetus in the championship hunt.

His decision to stay away from yesterday’s spectacular curtain-raising event in London will bring about exactly the kind of media attention he doesn’t react well to. But it’s unlikely it will seriously diminish his place in the crowd’s affections, and that should be a quick route back to the kind of “positive energy” he often talks about harnessing at home.

He may have put a few noses out of joint by snubbing yesterday’s show, but if he delivers on Sunday all will surely be forgotten.

The London extravaganza also threw light on the potential future for the British Grand Prix following Silverstone’s decision to break its contract with Formula One after 2019. Could F1 leave one of its most challenging tracks for another street course?

It’s inconceivable that the space could be found within London to create a circuit with as many impressive turns as Silverstone packs into its 5.891 kilometres. And the performance of the cars should be even more spectacular here following the changes to the cars during the off-season.

Will Mercedes keep the upper hand?

Since the shock of Monaco, where Hamilton failed to reach Q3 and Ferrari took a dominant one-two, Mercedes have been on a role. But how far has this been a case of the high power demands in Canada, Azerbaijan and Austria playing to their advantage, and how much of it is down to them getting to the bottom of the W08’s fickle set-up characteristics?

Silvertone will provide an interesting case as its many long, fast corners should theoretically suit Mercedes’ long wheelbase car in much the same way Monaco flattered the Ferrari. This race could be a significant litmus test for several more races still to come.

Most races so far this year have been single-stop affairs. This has prompted some to call for Pirelli to make its tyres more challenging, and F1’s tyre supplier has responded by nominating softer compounds for some races.

They’ve avoided bringing the hard tyre to Silverstone, meaning the top runners are likely to qualify and start the race on the super-softs. Will that open up more strategic options during the race?

Frederic Vasseur does not officially take over as Sauber’s new team principal until Monday. But he has little time to waste as the team has been without a boss for several weeks and rumours persist its engine deal for 2018 with Honda is in jeopardy.

For Renault this weekend marks the 40th anniversary of their entry into Formula One with the RS01 at this race in 1977. It took two years for the project to yield a race victory and it seems the team will have to exercise similar patience until their hopes of further success are realised. They failed to score at all in the last two races.

Are you going to the British Grand Prix?

If you’re heading to Great Britain for this weekend’s race, we want to hear from you.

Who do you think will be the team to beat in the British Grand Prix? Have your say below.