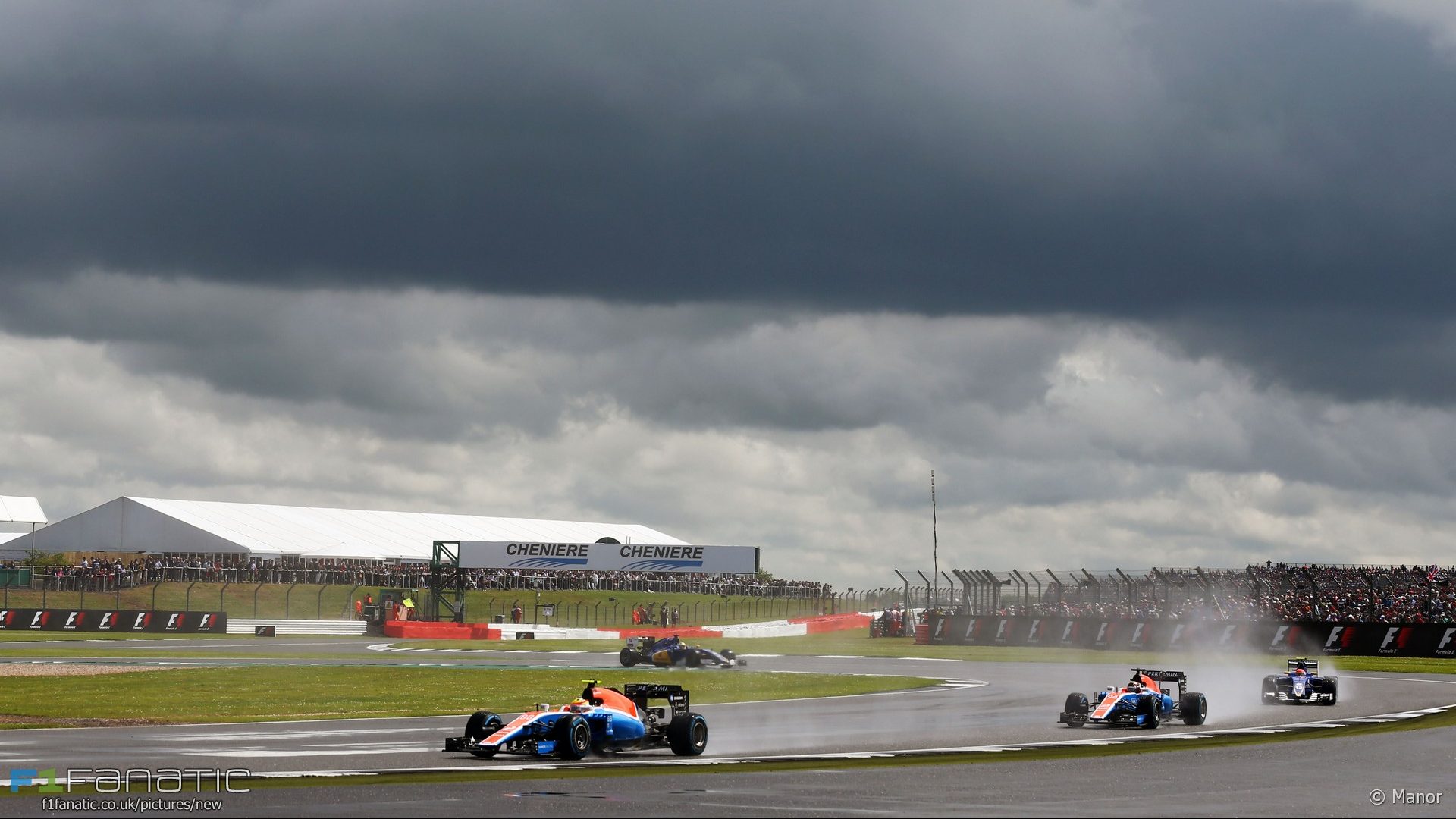 Formula One enjoyed great British weather at F1 Live London yesterday. But further north at Silverstone the weather is going to be less spectacular for the next three days.

Although rain isn’t expected for the British Grand Prix weekend Silverstone is going to see dull and cloudy conditions. The cloud cover will get quite thick at times and temperatures are unlikely to rise above 21C.

That is likely to keep track temperatures from rising very high. It may not get much above 30C, whereas 12 months ago we saw the mercury rise 10C higher when the sun came out.

Last year’s British Grand Prix had to start behind the Safety Car following an intense pre-race cloudburst. It was the second time in 2016 a rolling start had been used which prompted the introduction of new rules for this year allowing for standing starts to be used in wet conditions.

The former airfield track is quite exposed in places and its many quick corners make this a place where cars are especially sensitive to windy conditions. Watch out for increasingly strong gusts from the west causing problems for drivers during qualifying. The direction of the wind during qualifying can also have a big effect on which of Silverstone’s straights become the best passing opportunities.

For more updates on the track conditions during each session keep an eye on F1 Fanatic Live and the F1 Fanatic Twitter account.

See the location of every race on the 2017 F1 calendar here: