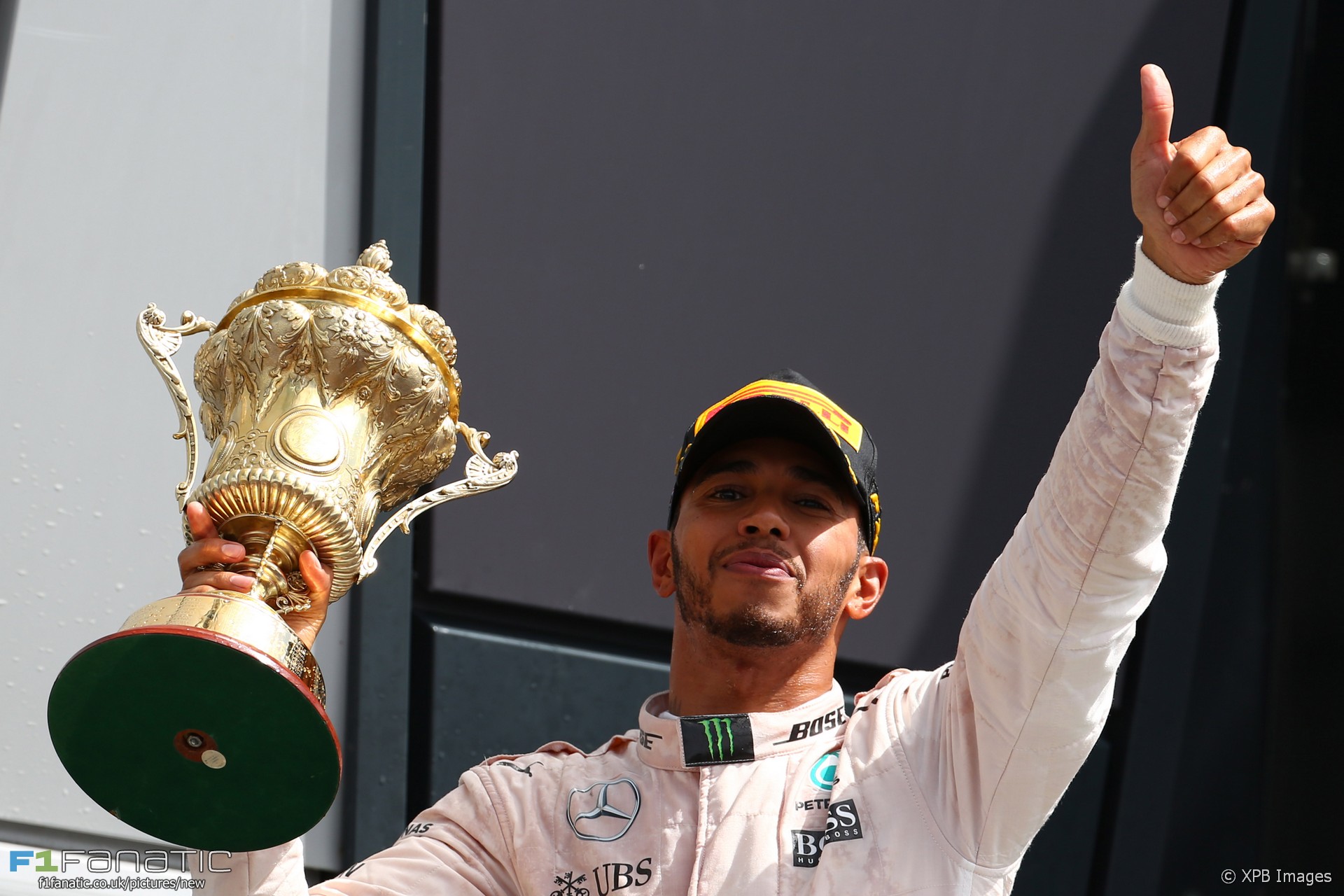 Lewis Hamilton could equal the record for most consecutive wins in a home race at this weekend’s British Grand Prix.

The Mercedes driver won the last three races at Silverstone. If he takes a fourth on Sunday he will match the achievements of Juan Manuel Fangio and Jim Clark, who won their home races in Argentina and Britain four times in a row. A Hamilton victory this weekend would be his fifth in Britain, equalling another record.

Mercedes have taken pole position for the last four races at this track. If Hamilton takes pole on Sunday he will equal the record for most British Grand Prix pole positions by a driver.

British fans have become used to seeing home winners over the years. In the 67 British Grands Prix held as part of the world championship, 24 have been won by a dozen different home drivers.

The British Grand Prix is one of only two races which has appeared in every round of the world championship since it began in 1950. The other is the Italian Grand Prix. But in comparison that race has only seen a home winner four times (five if we count Italian-born American Mario Andretti’s 1977 win).

Last year Silverstone held its 50th world championship grand prix. But its future is in doubt as the race organisers have indicated they will trigger a break clause in their contract which will take effect from 2019. A new deal will have to be signed to secure the future of the race beyond then.

Despite Mercedes being quick enough to take pole position for the last three races in a row, Sebastian Vettel has increased his championship lead over Hamilton in the last two of them. Vettel’s only win at Silverstone to date was the third of his career, back in 2009, since when he’s won another 42 races.

It’s been a frustrating few races for Max Verstappen due to technical problems and, as on Sunday, first-lap contact. He hasn’t scored a point in the last three races and slipped to seventh in the championship behind Force India’s Sergio Perez.

Meanwhile team mate Daniel Ricciardo has finished on the podium five times in a row and during that time has racked up more points than anyone bar Vettel, who has also collected 85 in that time.

Force India arrive at their home race following a largely positive season. Despite clear missed opportunities in Baku and Canada chiefly due to problems with their drivers, the team approach the mid-point of the season in a very strong fourth place in the championship.

However the other home driver this weekend, Renault’s Jolyon Palmer, is still looking for his first point of the year. He’s come close, with three 11th places in the last four races, but with rumours abounding he may could lose his seat he badly needs to break into the top ten.