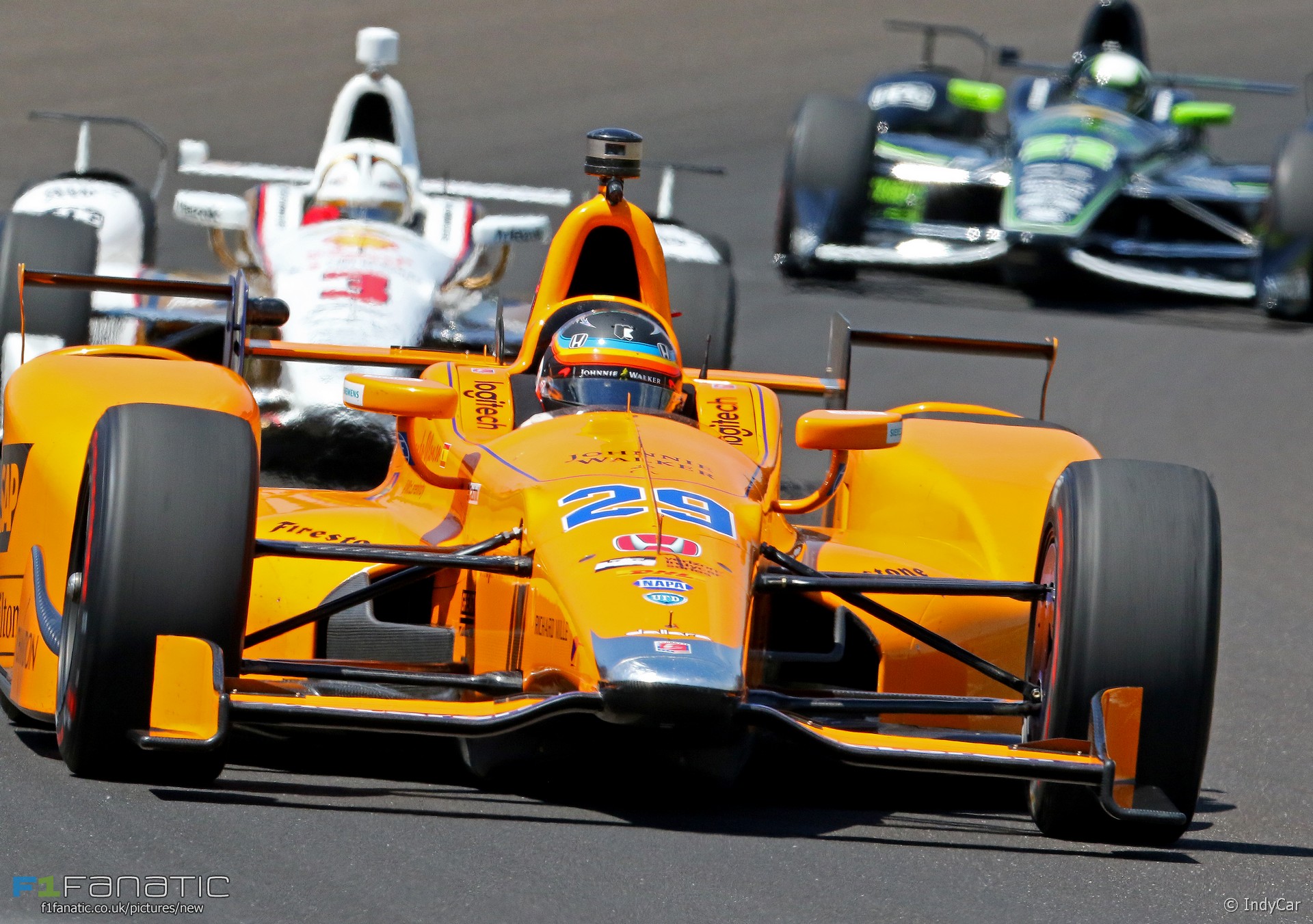 Jenson Button does not want to follow Fernando Alonso’s move by racing in the Indianapolis 500 but says he would like to tackle the Le Mans 24 Hours.

“Indy has not really been something I’ve ever thought about,” said Button during today’s FIA press conference in Monaco.

“Personally I was surprised that Fernando was interested in doing it. But we all like different things. We’re racing drivers, not just F1 drivers and we like trying other sports.”

“For me it would be more, I’d like to do Le Mans one day, I think it would be a great experience, great team atmosphere. Obviously it has to be the right opportunity like Nico [Hulkenberg] had. ”

“I’d like to race in NASCAR, I think that’d be fun. I went along to one of the races this year, Jimmie Johnson invited me, I had a great time. I loved seeing the show as it is, it’s very different to other motorsports. But equally it’s a massive challenge. And there’s other motorsports that I love like rallycross as well. There are many things but Indy hasn’t been up there for many different reasons.”

However Button said he had followed Alonso’s progress on his debut in an IndyCar two weeks ago.

“I watched when he drove the car for the first time, which is always interesting seeing a driver’s reaction. Actually probably it was more the reaction to the media being right next to him every second that he was out of the car.”

“That’s the bit that I loved watching the most because we all know how Fernando loves the media. Seeing his reaction to that was even better than his reaction to driving the car around the circuit. It’s absolutely mad, isn’t it, Indy, in terms of the media and how much attention it’s getting. Which is fantastic for the sport, I just want to see what Fernando says when he gets back.”

“Of course I have an interest, I’ve been team mates with Fernando for a couple of years and raced against Fernando for many more years than that. So it’s interesting to see how he does, very different type of motorsport, there’s a lot of talent out there and drivers that have been doing that for so many years. It’ll be interesting to see how he gets on. Qualifying went pretty well and the race is obviously something very different. Wheel-to-wheel around there is pretty mad. I wish him the best and the most important thing is he stays safe.”

12 comments on “Button wants to tackle Le Mans, not Indy”