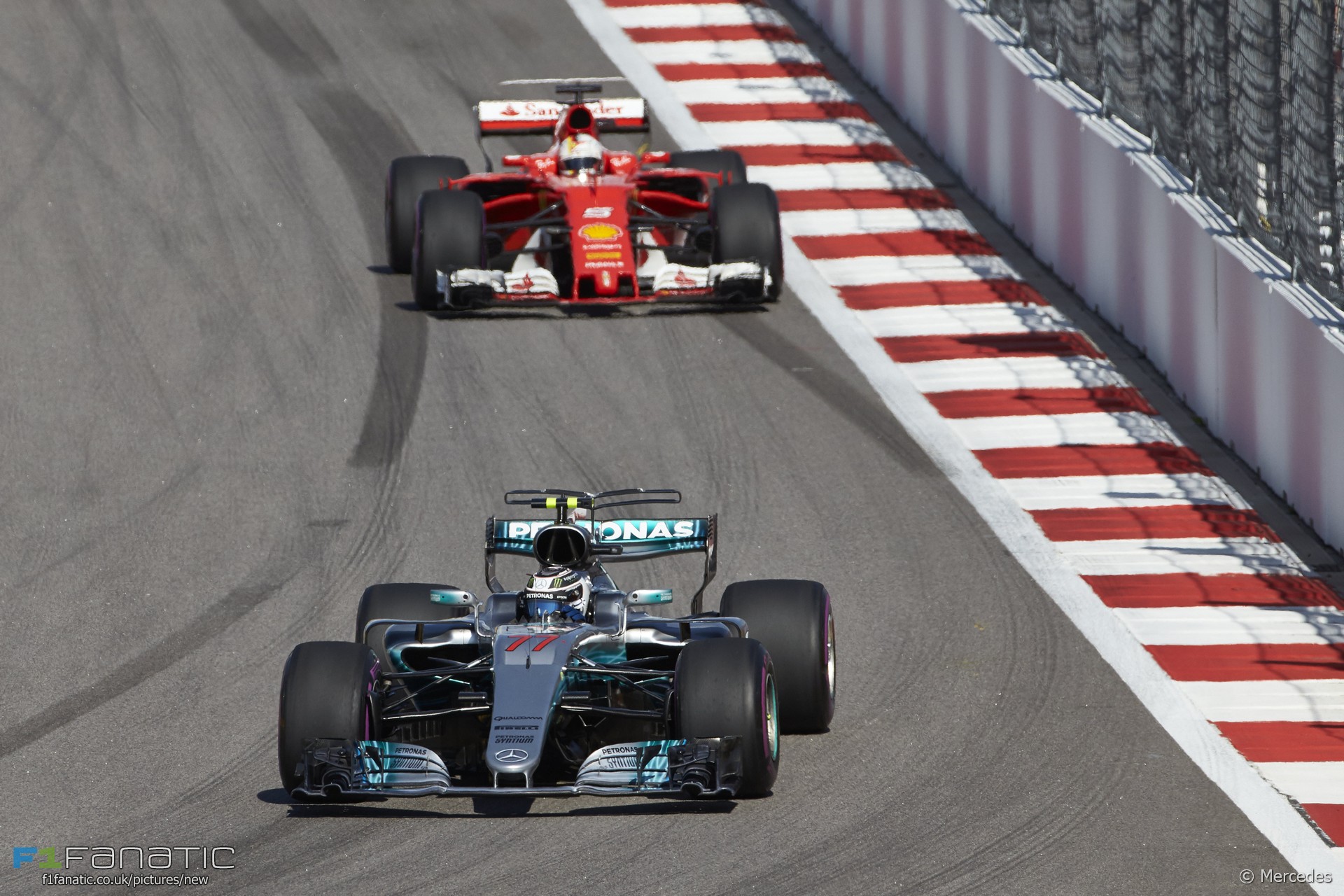 Sebastian Vettel is against making the Drag Reduction System more powerful because he thinks it had made passing “way too easy” at some circuits.

The Ferrari driver ended the last race trying to pass Valtteri Bottas for the lead but had to settle for second place. However he doesn’t want DRS being changed to make passing easier.

“First of all I don’t think I’m in favour of increasing the DRS zones,” said Vettel.

“I think we have been a couple of years ago introducing it to some races where it was just way too easy. It was great when you were behind because you just sailed past but that’s not the idea of an overtake”

Vettel said it’s “normal” to have more passes in some races than others but the lack of action in the Russian Grand Prix wasn’t just down to DRS.

“I think for many reasons in Sochi it was quite difficult to overtake. The tyres lasted fairly well so you were able to push whether you were in front or behind so there wasn’t much degradation helping you come with an advantage on tyres.”

“The track layout doesn’t make it very easy to follow close which we’ve seen in the past as well. Historically here the last corner makes it quite difficult to get really close for the straight line.”

Despite the frustrating end to his race in Russia, Vettel says overtaking should be difficult.

“Personally I would have loved to be closer and then try to do something but it’s also a challenge so you need to not just arrive and then driver past, or have some tool that puts you side-by-side,” he said. “You have to work for it, try different lines, do different things.”

“I think in Sochi I just arrived too late it was perhaps the last three, two laps where I was maybe getting closer. But before that it was exciting, for me, to chase him down to try and do something at the end. Obviously it would have been great if it would have worked. It didn’t, I was looking forward to it maybe as much as you were.”

“Some days it works and some days it doesn’t. I think we shouldn’t get into a window again where it’s artificial.”