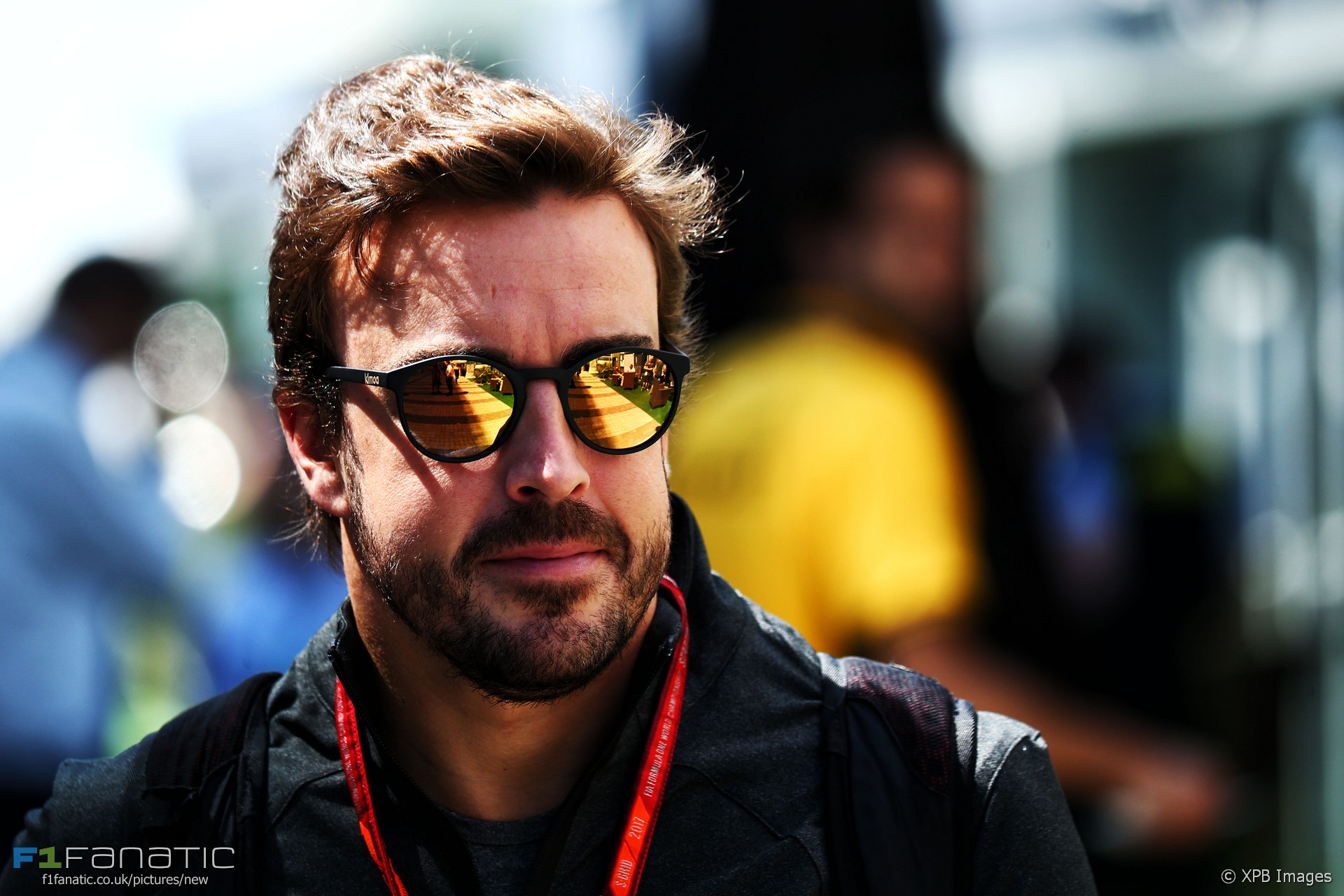 “I still don’t know what happened exactly in Sochi,” said Alonso, who was unable to start the Russian Grand Prix. “We had a problem with the ERS system on the formation lap.”

“I tried to restart the whole thing during the formation lap a couple of times. But in the last attempt the car didn’t start.”

Alonso was the only one of the team’s drivers to start in Bahrain after Stoffel Vandoorne suffered problems on his engine.

“It’s really bad for us as a team not being able to start the race with Stoffel’s can in Bahrain, with my side of the garage in Russia,” said Alonso. “Completely unacceptable. We need to raise our game here in terms of reliability and hopefully finish with both cars.”

Following this weekend’s race in Spain Alonso will miss the Monaco Grand Prix to race in the Indianapolis 500. He said McLaren’s willingness to compete in races outside of F1 was one of the biggest differences at the team since Zak Brown replaced Ron Dennis.

“Ron had a fantastic time in the past in McLaren with a lot of success. Now with Zak things are a little bit more open inside the team but also for you guys outside, how you can approach McLaren now is different. In a commercial side, also in a technical side.”

“I think also with Zak the biggest difference is the vision and the approach for the brand for McLaren which is is a little bit different. He wants to expand the McLaren name in different worlds and different categories.”