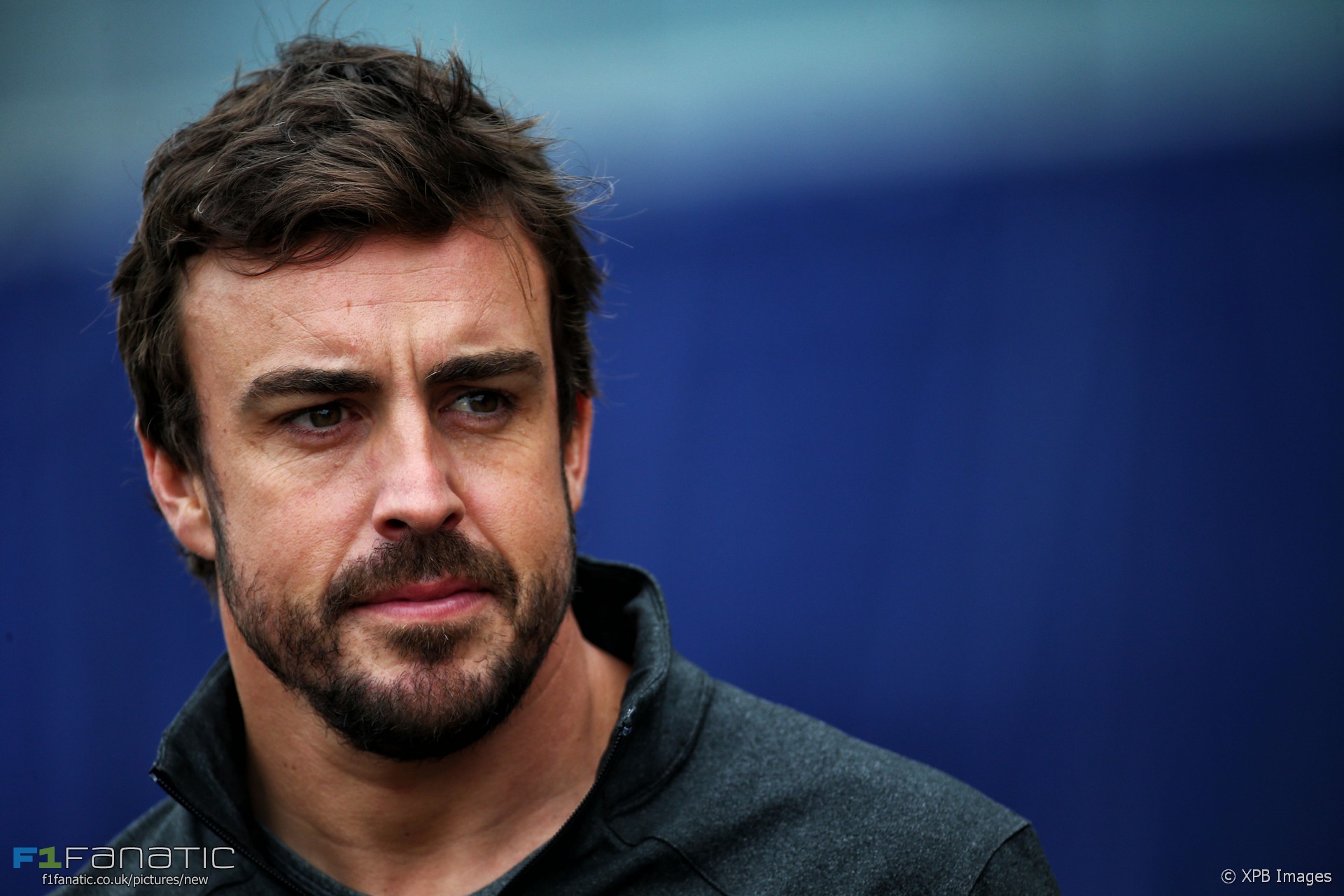 Fernando Alonso will race at the Indianapolis 500, McLaren have confirmed.

McLaren will enter a car run by the Andretti team for Alonso. Andretti’s team, which uses Honda engines, won the race last year with Alexander Rossi.

“I’m immensely excited that I’ll be racing in this year’s Indy 500, with McLaren, Honda and Andretti Autosport,” said Alonso.

“I’ve won the Monaco Grand Prix twice, and it’s one of my ambitions to win the Triple Crown [the Monaco Grand Prix, the Indianapolis 500 and the Le Mans 24 Hours], which has been achieved by only one driver in the history of motorsport: Graham Hill.”

Qualifying for the race takes place on the Saturday and Sunday after the Spanish Grand Prix, following a week of practice at the Indianapolis Motor Speedway.

Juan Pablo Montoya, who has already won the Indianapolis 500 twice as well as the Monaco Grand Prix, will also return to IndyCar for this year’s 500.

“I’ve never raced an IndyCar car before, and neither have I ever driven on a super-speedway, but I’m confident that I’ll get to grips with it fast,” said Alonso.

“I’ve watched a lot of IndyCar action on TV and online, and it’s clear that great precision is required to race in close proximity with other cars on the far side of 220mph [354kph].”

“I realise I’ll be on a steep learning curve, but I’ll be flying to Indianapolis from Barcelona immediately after the Spanish Grand Prix, practising our McLaren-Honda-Andretti car at Indy from May 15th onwards, hopefully clocking up a large number of miles every day, and I know how good the Andretti Autosport guys are.”

Alonso will use the number 29 in the race. His regular F1 number, 14, is used by to Carlos Munoz in IndyCar.

McLaren will announce the identity of Alonso’s replacement for the Monaco Grand Prix “in due course”. Jenson Button, who stepped down from F1 at the end of last year, is still contracted to the team.