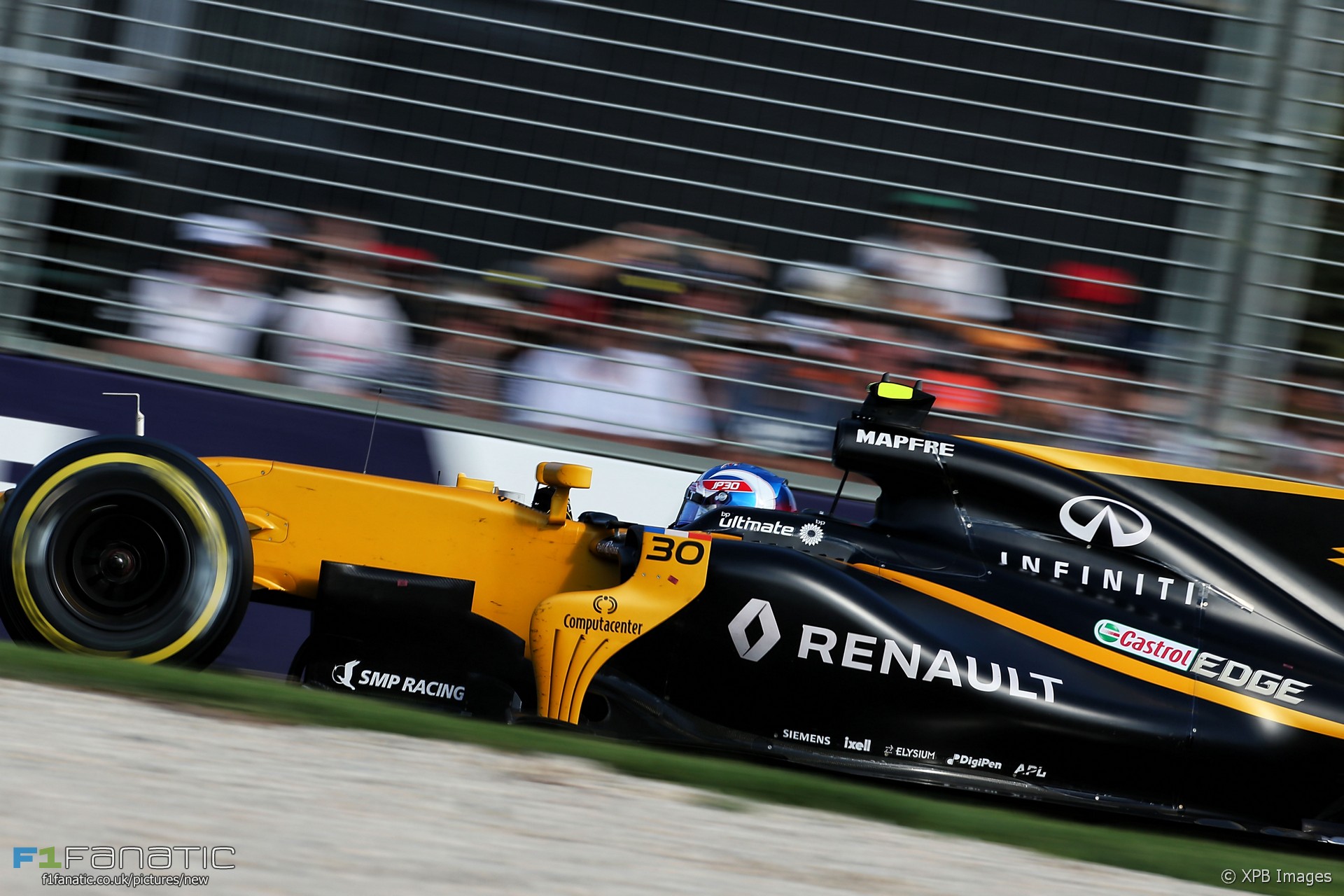 Renault says it has got to the bottom of the technical problems which hampered Jolyon Palmer’s Australian Grand Prix weekend.

Palmer was unhappy after handling problems with his car meant he qualified last. The team confirmed it had subsequently discovered a problem with his rear anti-roll bar assembly. Palmer’s car had been rebuilt following a heavy crash during practice on Friday.

He retired from the race following a bizarre fault which caused his brakes to repeatedly lock solid, bringing his car to a stop. The team says it has also fixed this.

Palmer said he was treating the second race of the year like the start of a new campaign following his difficult weekend.

“It’s like a new season for me this one because Melbourne was such a bad weekend,” he said. “I’m looking forward to a fresh start now. There’s a lot to learn on the car.”

“We found some issues on the car after Melbourne which is good to put my mind at rest. We can start from scratch here and look forward to the challenge.”

“Nico was very close in Melbourne so I think that’s got to be the aim, really, to go one step higher and get some points.”

Renault is continuing to use its 2016-specification MGU-K this weekend due to reliability problems with the 2017 version.