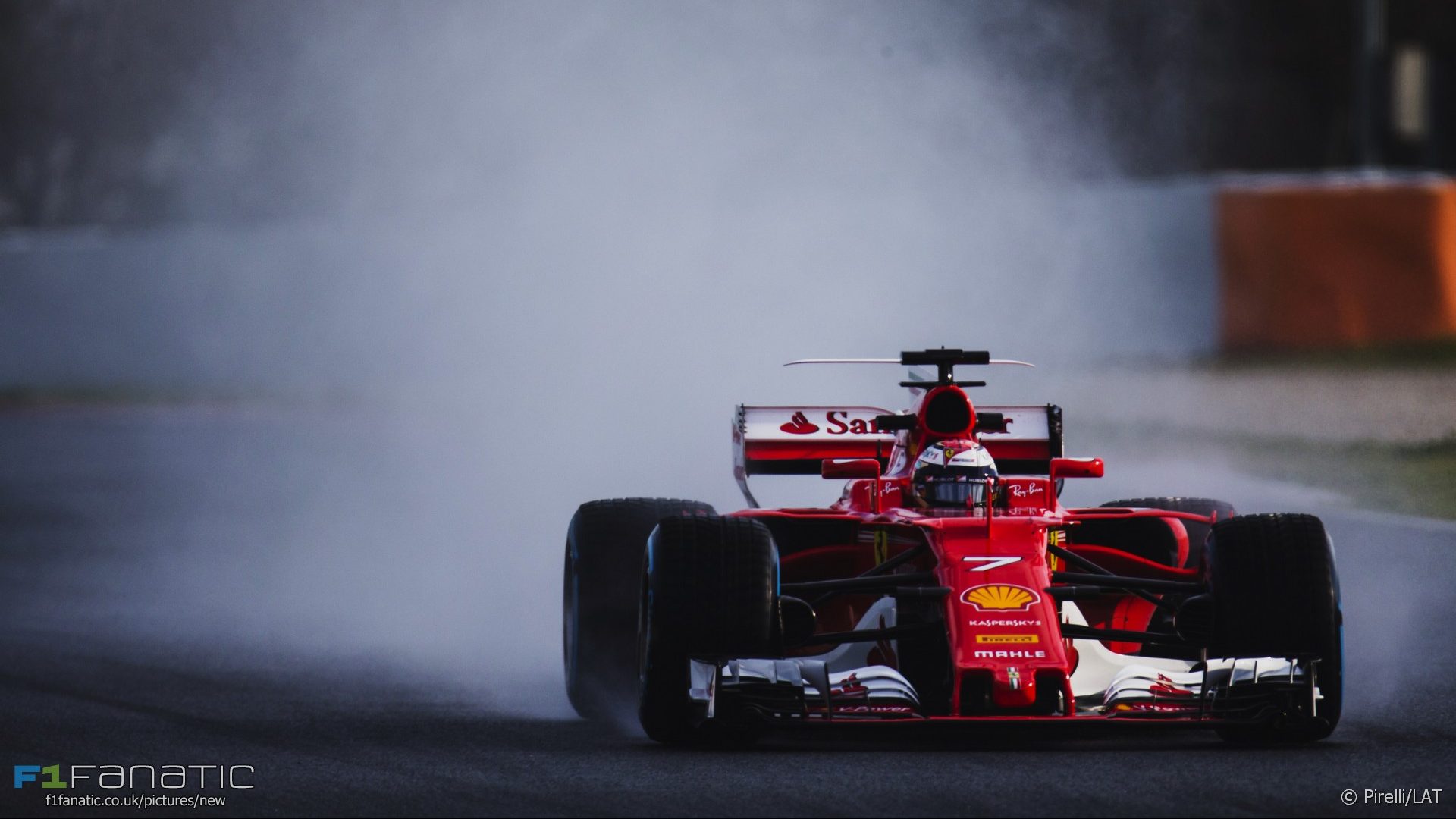 Kimi Raikkonen says the performance of Pirelli’s revised wet weather tyres is an “unknown” ahead of a potentially rain-affected Chinese Grand Prix weekend.

Formula One’s official tyre supplier has been under pressure to improve the performance of its wet weather tyres. Criticism resurfaced following last year’s Brazilian Grand Prix in which several drivers, including Raikkonen, crashed out.

A move to wider tyres for 2017 has created a further challenge as the larger contact patch makes the treaded wet weather tyres more prone to aquaplaning. The revised tyres were run during testing but since then Pirelli has changed the specification, bringing tyres which should be better-suited to smoother tracks this weekend.

Raikkonen said the wet weather test at the Circuit de Catalunya on an artificially dampened track was of limited value for assessing the changes to the tyres.

“It wasn’t like proper wet,” he said. “It’s always hard to make the same conditions if it’s raining outside like it is now or just dumping water on the circuit, so it’s a bit tricky to get the best idea.”

“Plus we have different tyres here for the wet. It’s a bit unknown but the same for everybody.”

However Raikkonen said he isn’t concerned about his car’s performance in the rain.

“Usually if the car is good on try it’s not too bad in the wet either. We have to wait and see but I think in any condition we should be OK.”

It rained at the circuit on Thursday and more is expected on Friday and Sunday.