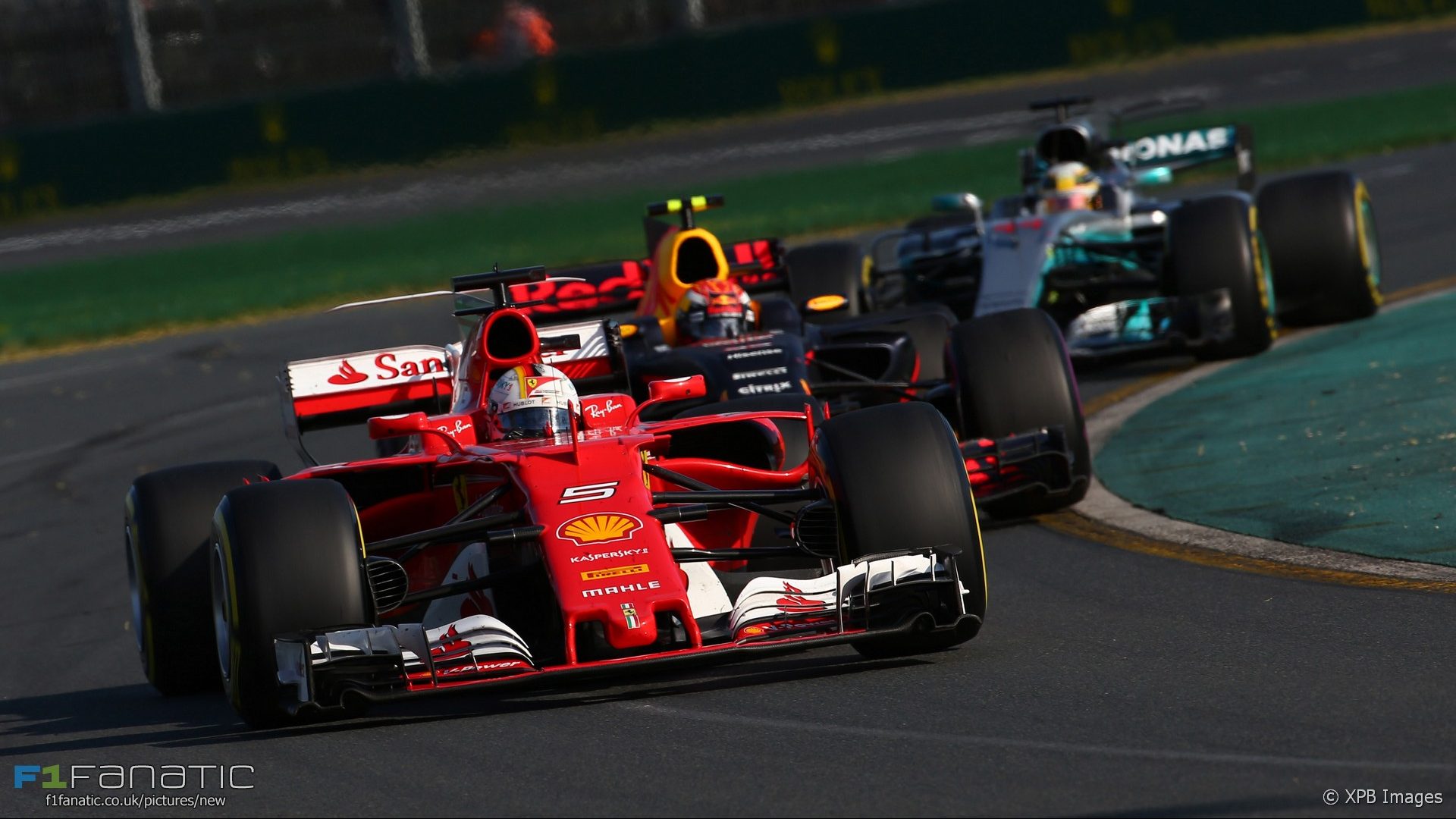 The lack of overtaking in the first F1 race of 2017 was down to more than just stronger aerodynamics, according to Mercedes.

Formula One’s new technical regulations have been blamed by some, including Mercedes driver Lewis Hamilton, for making it more difficult to overtake this year.

However the world championship believe the new rules shouldn’t be judged on the first race alone and that some of the changes this year could aid overtaking.

“The Melbourne Grand Prix Circuit has never been great for overtaking,” noted Mercedes in their Chinese Grand Prix preview.

“If you go back to the last Australian Grand Prix run under a stable set of regulations, without any major incidents or too many cars starting out of position, you will find precious few passing manoeuvres to note. 2015 featured 13 overtakes – 10 of which were completed using DRS. 2014 was a similar story, with 24 total overtakes – eight with the help of DRS.”

Increased turbulence from the larger wings being used this year has been blamed by many for the lack of passing at Melbourne. But Mercedes believe “secondary factors” also played a role.

“There simply wasn’t enough degradation from the new 2017 Pirelli rubber to promote overtaking. Performance differentials become greater when tyres begin dropping off at different rates and this didn’t happen at Albert Park.”

While the amount of passing seen at Albert Park was “low by any measure” it “would not be right to take the season-opener as a definitive example for the rest of the campaign”, Mercedes believe.

“From what we have observed so far, there are factors that will actually make overtaking easier this year.”

“The magnitude of the tow effect is stronger in 2017 thanks to the revised regulations. Bigger cars equal greater wake. When the cars are charging down the straights, there will be an accentuated difference in speed when they enter the overtaking zone.”

The FIA intends to evaluate whether changes should be made to the Drag Reduction System to aid overtaking following this weekend’s race. However Mercedes note that DRS has become more powerful on the new cars.

“Thanks in part to the larger rear wings the lap time benefit of DRS has increased over 30%. This again will promote overtaking – especially at tracks with long straights like China and Bahrain.”

“Furthermore, there’s one key learning from Melbourne that has largely been overlooked. Sebastian Vettel was able to stick with Lewis throughout the first stint. Had he spent 16 laps tucked up behind the gearbox of another competitor in previous years, he would have ruined his tyres. Attack, and the rubber would have gone off very quickly.”

“In this race, however, he was able to stay in the wake of Lewis’ car relatively comfortably and then push once he had clean air, ultimately taking the lead and the eventual win. That bodes well for closer pack racing this year.”

Although overtaking appears to have become more difficult, Mercedes argue it is now “the way it should be”.

“After complaints that DRS has made overtaking too easy in Formula One, we’ll now see overtaking as a real game of risk. Drivers are going to have to be brave on the brakes, look after the car and hold onto it.”

“If you’re going to overtake in this new era, you need to fight for it properly. That’s the way it should be. Perhaps it’s too early to write off F1 2017 just yet.”