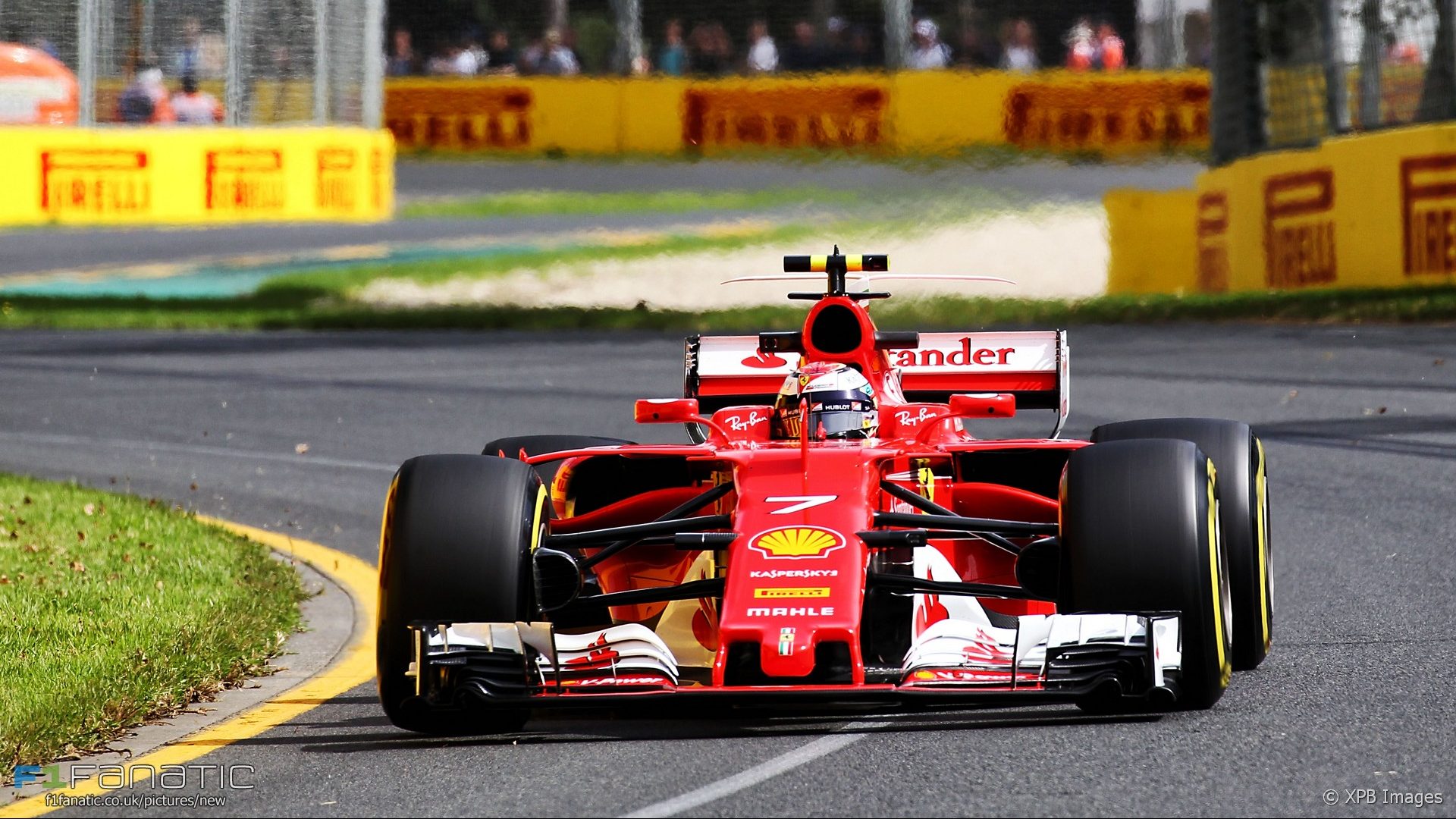 Qualifying punctured the pessimism which greeted Ferrari’s low-key showing on Friday: Perhaps Mercedes will face some serious opposition in 2017 after all.

The two drivers who have won six of the past seven world championships share the front row of the grid for tomorrow’s race. That bodes well for the rest of the season.

Ferrari’s Maurizio Arrivabene was understandably naturally disappointed his team missed out on pole position. But even so to be 0.268 seconds off pole is their most competitive Melbourne showing since 2010, when Fernando Alonso ended up taking the title fight to the final round.

The kind of race many expect to see on Sunday is expected to be more like those we saw in that season than the kind of high-degradation, tyre-management exercises we have seen since then.

More durable tyres were promised for 2017 and Pirelli appears to have delivered. They brought the softest compound available this weekend and Lewis Hamilton covered dozens of laps on it with minimal drop-off in performance.

Fuel consumption could prove a greater curb on the prospects for a flat-out race than tyre degradation. Although the fuel allowance has been increased by 5kg, that may not be enough to counter the rise in drag and higher proportion of the lap spent at full throttle.

Lower tyre degradation will make for a race of more limited strategic possibilities. The entire top ten will start on the softest tyres (though that is hardly a departure) and will surely one-stop with a switch to the super-soft tyres.

The timing of that single stop will therefore be critical. However the lower rate of drop-off in tyre performance is likely to reduce the effect of the ‘undercut’.

Several drivers have already predicted the increase in downforce will result in a reduction in overtaking. There are other factors at work which may help drivers gain positions, but the comparatively short straights at Melbourne have always made passing more tricky at this circuit than others.

Could Vettel have a useful trick up his sleeve for attacking Hamilton? In qualifying the Mercedes driver was unable to tackle turn 12 without lifting but Vettel could, and carryied almost 20kph more at corner entry than Hamilton.

No doubt Hamilton will be alert to the possibility of Vettel using this to attack him on the run down to turn 13. Hamilton will be grateful there isn’t a DRS zone on the following straight.

But if Vettel gets off the line as well as he did last year he might not need to pass Hamilton anyway. Off-season rules changes have further diminished the amount of assistance drivers can receive from their teams in preparing their starts. With tricky new clutches, a narrow first corner and wider cars, we could be set for a spectacular start to the season.

The team has found more than two-and-a-half seconds, some of which will have come from their 2017 Ferrari power unit. That may explain how Ferrari have made comparable gains.

But even Red Bull, whose pace has come as something of a disappointment, are actually in better shape now than they were 12 months ago. Compared to the end of last season is a different matter, of course.

Share your views on the Australian Grand Prix in the comments.

21 comments on “Ferrari poised to push Mercedes, but will new rules wreck the racing?”