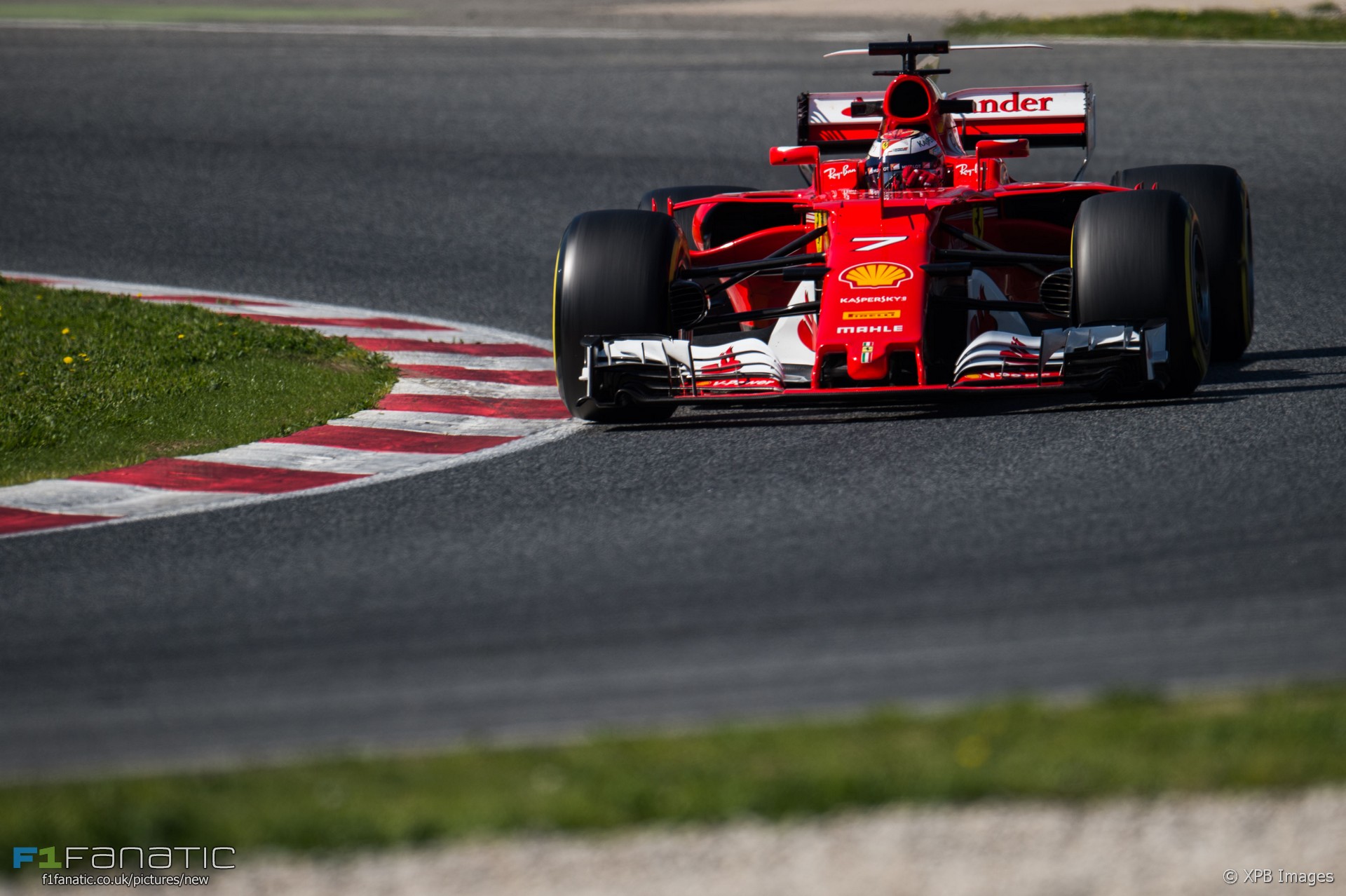 Kimi Raikkonen says Ferrari can go even quicker after ending the final pre-season test of 2017 on top.

His lap of 1’18.634 this morning stood as the best of any team in the test by more than six-tenths of a second.

Raikkonen admitted afterwards “for sure if we want we can go faster but that’s not the purpose”.

“You try to go as fast as you can whatever we decide to do,” he added.

“There’s a lot of things that we can improve and do better,” said Raikkonen, “but that’s part of testing.”

“We can be quite pleased with how it felt this morning. It’s one of the better days than we’ve had these two weeks. It’s early days. So far it’s OK but let’s see when the season starts,”

“Where we’re going to be in the first race I don’t know,” he added. “It’s the same story every winter.”

Raikkonen doubts the change in aerodynamic and tyre rules this year will play to his strength as a driver.

“I don’t think this is something an awful lot different from last year,” he said. “the tyres are a bit different, that’s changed a little bit, I wouldn’t say it’s better for me than somebody else.”