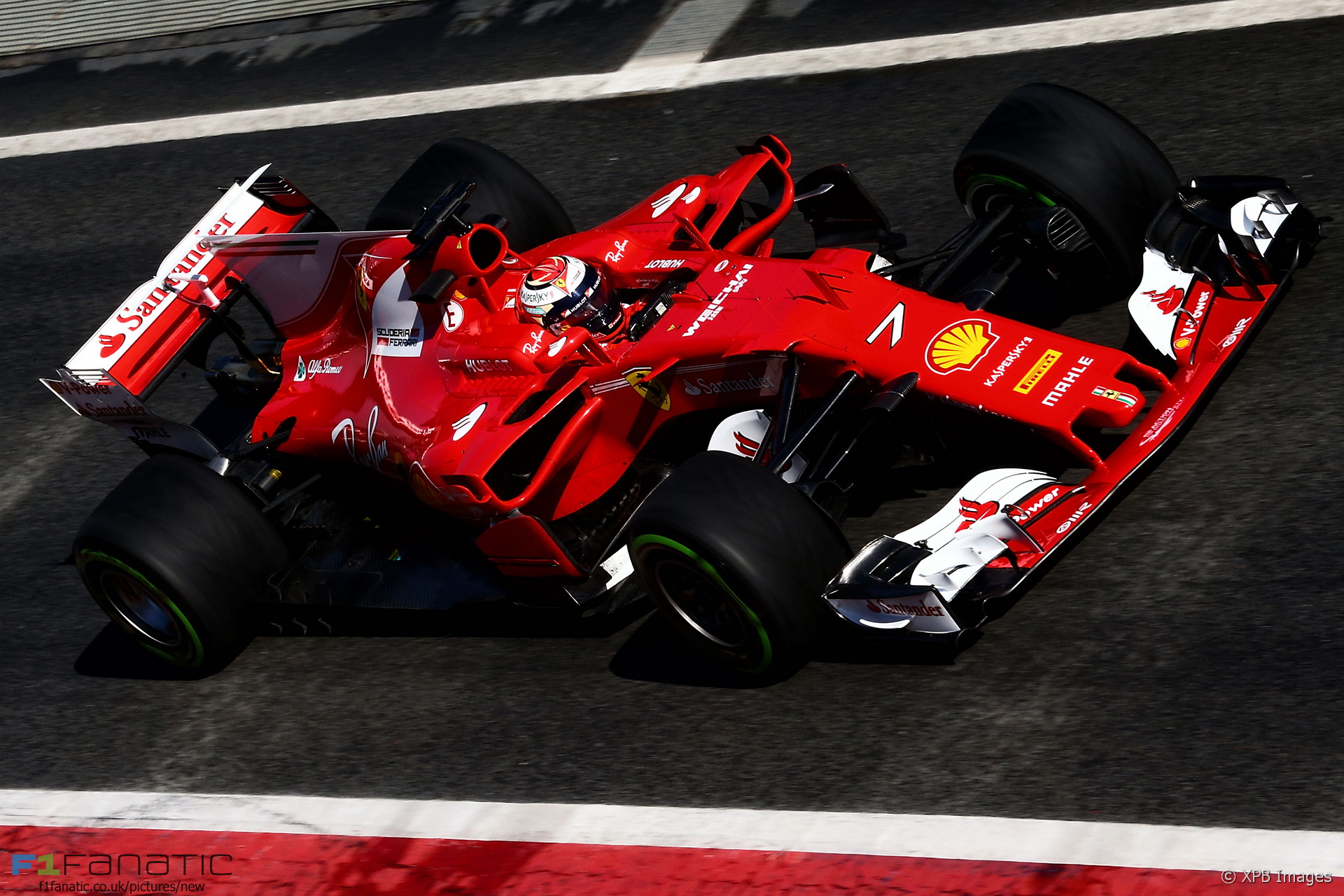 Kimi Raikkonen said Ferrari feel they are in good shape after he headed the final day of the first pre-season test.

Asked if the atmosphere in the team was more positive now than last year, Raikkonen said “it’s been positive all the time and we’re working well together but obviously you guys try to make that very negative feeling”.

“The team hasn’t really changed since last year,” he added. “It’s always exciting to start the year. So far it’s been all running pretty smoothly. Where we’re going to end up during the year I don’t know but so far is good.”

Raikkonen was quickest on both days he was at wheel of Ferrari’s new SF70H. He said the test had “run pretty smoothly” for the team. “Normal testing, no issues and was like we planned.”

“Obviously [the cars] are different, quite big rules changes, you have more grip and the cars are faster,” he added. “They are different but they are more like used to be. They’re different: are they more hard, easy? It depends. I think it’s always harder to go fast but I like them.”

The Ferrari driver was one of several who crashed out in last year’s wet Brazilian Grand Prix during which Pirelli wet weather rubber came under scrutiny. But having run their new full wet tyres today Raikkonen said it was difficult to tell whether Pirelli had successfully addressed its problems.

“Honestly it’s really hard to say from three laps,” he said. “It’s always hard when you have to wet the circuit, it’s never the same as when it rains. So I don’t know.”

“Hopefully we get at some point a bit more running and obviously then Pirelli they get more information. For them it’s hard also, we haven’t done any testing with those tyres and it’s a bit tricky to make tyres when you haven’t been able to test them. Let’s see, we have to be patient with those and we’ll see when we have to use them.”