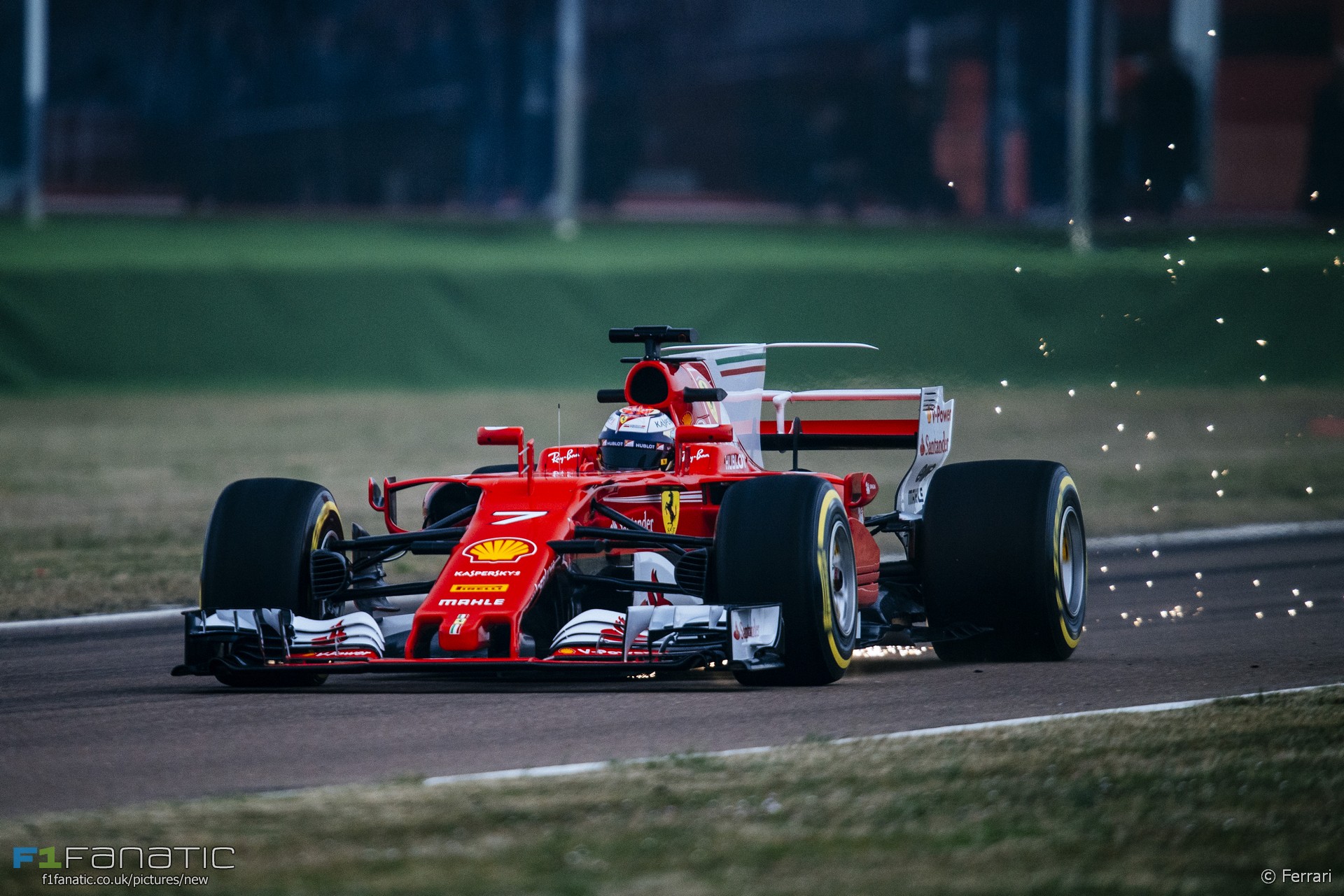 “Obviously we don’t go full speed, it’s the install lap and the very first lap with the new car so it all felt OK,” said Raikkonen after his first stint in the SF70H.

“It’s just the first touch, we get some more today, but the main work starts when we go testing in Barcelona. But so far so good and we’ll go from there.”

The new F1 cars for 2017 are 20 centimetres wider than last year but the driving position remains largely unaffected. “It feels pretty similar than last year,” said Raikkonen, “just a few changes but not an awful lot different.”

Ferrari team principal Mauricio Arrivabene said he doesn’t expect to get a read on the team’s competitiveness during the tests which begin next week.

“The next two weeks we’re going to be in Barcelona, we will follow our programme and in Melbourne then we will see where we are,” he said.

“It’s always a big emotion when you’re going to see, live, a new Ferrari,” Arrivabene added. “Either a GT car or a Formula One car, it’s the same emotion.”

“Of course for me it’s something special because I’m more involved in the Formula One. Having said so, looking the car, was thinking about the effort, the dedication, the professionalism and passion of all the people in Ferrari put together to lift up this car. The car is the result of a team effort and I’m very proud about this.”