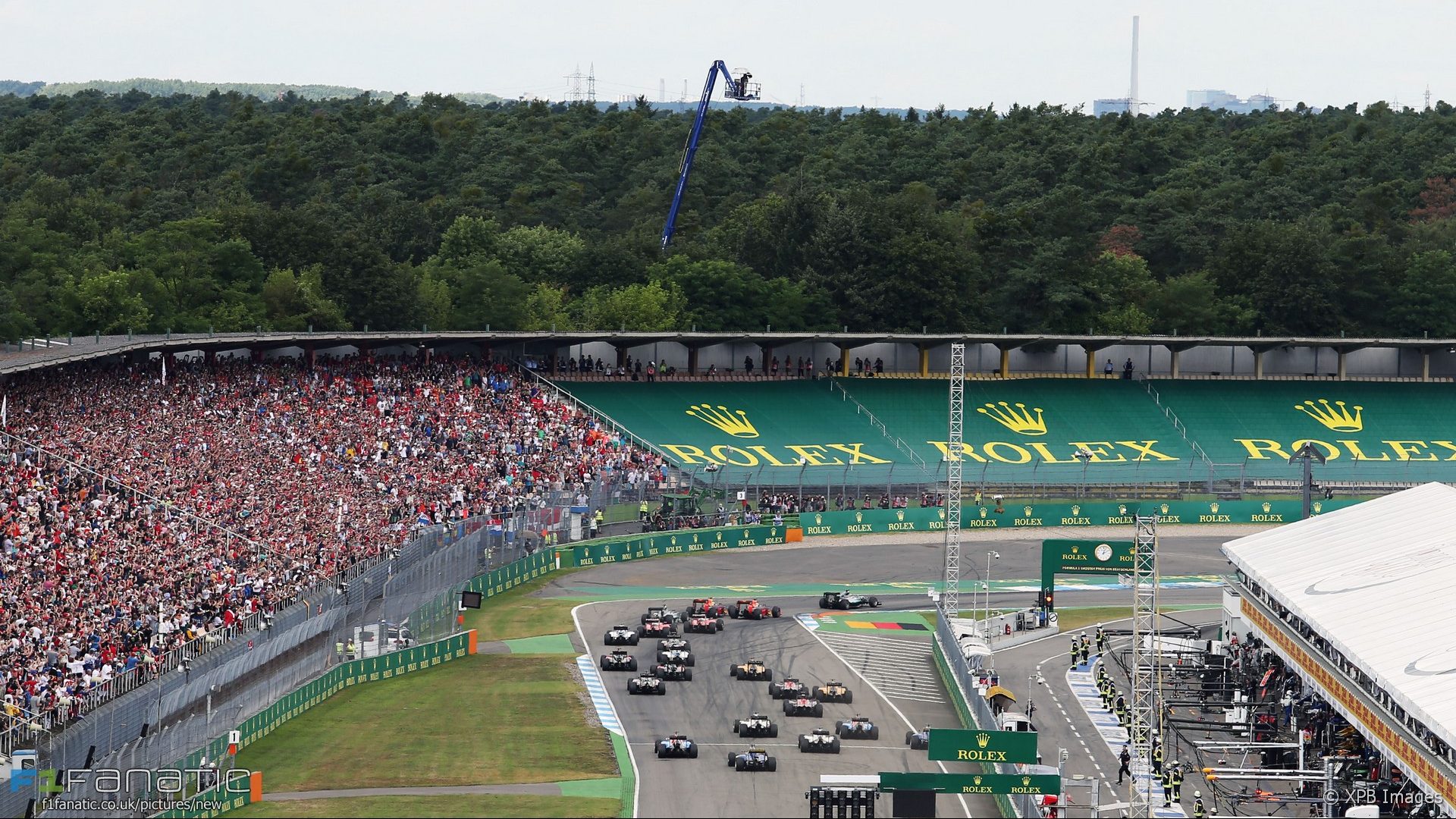 In the round-up: Germany may have a world champion on the grid next year but it won’t have a race on the 2017 F1 calendar.

The Hockenheimring will not take over hosting the German Grand Prix.

"2012 is probably my best season in F1. Then it could be 2014, my second best and then probably this one will be in the final step of the podium."

"He did a good race. I saw a little bit after the race and obviously he did a great job coming through the field and finishing on the podium."

"I think we have made a very good job since the beginning of the year but not especially on Saturdays when Mercedes seems to still have a little bit of a trick and can step up more than other manufacturers."

Alonso: No Le Mans until I win third title (ESPN)

"I don't know if it means in two years' time, in five years' time, or in 11 years' time. I don't know yet. It's nothing new. The first thing that I want to do, and I will do, is to win a third world championship in F1, and then I see."

Zak Brown: "Ron set out recruiting me. Ron and I started serious talks in the middle of the year - so I wouldn’t be sitting where I am without Ron."

"They also didn't contact me directly. They did it all through social media, which I didn't find good at the moment."

Jenson: by those who know him best (McLaren)

Michael Collier: "When things go well, you win as a team, and when things don’t work out, you lose as a team. That can be quite difficult in the heat of the moment when you are out there doing 300km/h, and you have to be thinking, 'If I say something silly here it might impact the people behind the car, the sponsors, and so on.'"

"(Manor) stands to lose about $11 million in prize fund revenue in 2017. It could raise around $20 million next year from drivers and it still has around $27 million in remaining prize money, but that is not enough to do the job properly and the danger is that it could lose that $27 million at the end of 2017, which would make the business unsustainable. "

"I knew for a couple of races that things were in the balance between me and Kev and then Fred (Vasseur) let me know after Mexico."

Last GP as a driver for @MassaFelipe19 last GP as a spectator for @lance_stroll Good time for some friendly advice pic.twitter.com/kEkvekXbQm

To clarify neither driver proffered their hand for the handshake, Nico verbally said he didn't want to.

Mega day in the F1. Some lovely interviews and a lot of laughs. Last day of school vibe. Except for the 2 lads who have to resit their exams

Just leaving the #AbuDhabiGP paddock/pitlane. So pumped to be a part of the @McLarenF1 team. Can't wait to get started! 👍 pic.twitter.com/rXZvubHxOm

Cultural change: McLaren have gone from Ron Dennis, who famously had his emails printed out for him to read, to Twitterer @ZBrownCEO. #F1

Best of luck in your last @F1 race 1998 Formula @Ford Champ @JensonButton. Finish in style. V. proud of one of our most successful graduates pic.twitter.com/fJCmUmT2zP

As for Jenson Button, started outside the top-15 in 2001 13 times for Enstone team but still won the title. Are you listening Jolyon Palmer?

I don't really like the German GP. But I HATE the fact this historic event is lost to the greed of some truly shite people bereft of morals

Mark suspects Hamilton has seen the writing on the wall:

It seems pretty clear to me that Hamilton has made peace with the fact that Rosberg is going to be champion this year, and I don’t doubt him when he says he’s just focusing on winning the race with as large a margin as possible.

There have been arguments over why he has or hasn’t done enough this year, with people pointing to his race starts and a couple of poor performances in Baku and Singapore. However if he leads Rosberg home in Abu Dhabi he’ll have taken most race wins, most pole positions, and despite losing 28 points relative to Rosberg in Malaysia he’ll still only finish five points behind.

It’s not a championship win, and the history books won’t be marked with an asterisk detailing Hamilton’s reliability woes this year, but he’ll believe that he still has an edge over Rosberg and that had all been equal, he would have been champion.
Mark G (@Sparkyamg)

Alessandro Nannini returned to the cockpit of a Benetton Formula One car 20 years ago today, and six years on from the helicopter crash which severed an arm and ended his grand prix career.