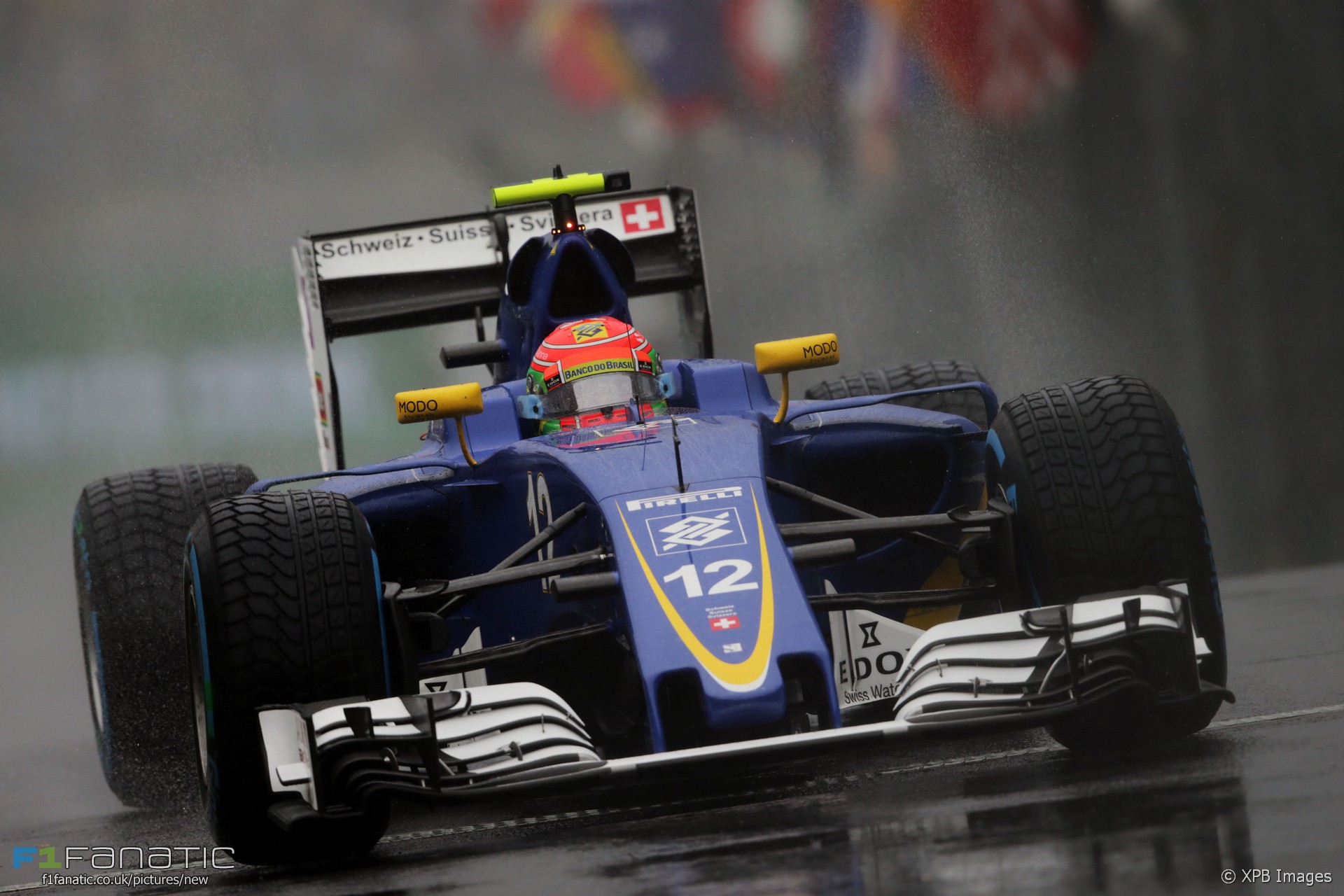 Felipe Nasr was ecstatic after scoring points in his home race and lifting Sauber ahead of Manor in the constructors’ championship.

Sauber had failed to score until today but Nasr’s two points for ninth place means they move up from last in the standings to tenth.

“It was amazing,” said Nasr, who took his first points since last year’s United States Grand Prix. “It was like a dream come true.”

“I couldn’t have imagined a better way of scoring these two points. In a home grand prix, here in Interlagos. It feels amazing. Right now I cannot describe it, it just feels really good.”

The other Sauber of Marcus Ericsson crashed out early in the race. “It was a difficult race for everybody, difficult conditions,” said Nasr.

He had run sixth at one point but Nico Hulkenberg and the two Red Bulls passed Nasr in the latter stages of the race.

“We were able to hold the car on the track, hold some quicker cars,” said Nasr. “I was hoping the race was going to finish early on because we were a bit higher ahead.”

“I’m happy for the team. two points that will give them an extra motivation and also for the championship it’s super-important.”

“Sometimes it comes once and I was there to take it,” he added. “It was a while since I scored my last points in Formula One and it feels great. It tastes like a victory.”

18 comments on “Vital points “a dream come true” for Nasr”