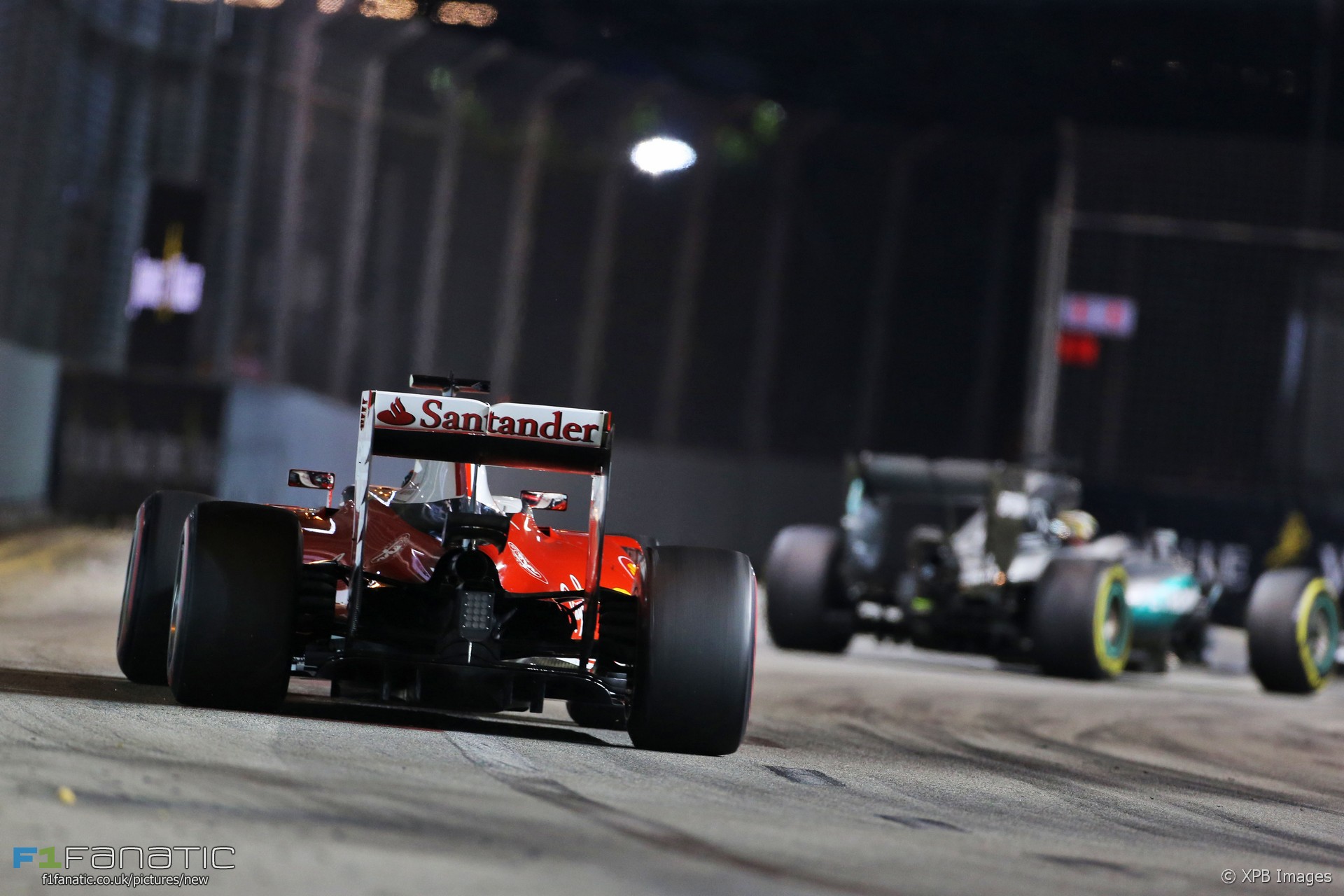 Maurizio Arrivabene defended Ferrari’s decision to bring Kimi Raikkonen in for a third pit stop despite the fact it cost him a podium finish.

“Considering the distance to cover to the end of the race, and tyre degradation, it made sense to call him to box one more time to cover Mercedes’ strategy,” said Arrivabene.

Ferrari were responding to Mercedes’ decision to bring Lewis Hamilton in for an extra pit stop. Raikkonen had passed Hamilton early on after the Mercedes driver went wide at turn seven.

“It’s fair to say that we drove an aggressive race today,” Arrivabene added. “Kimi’s move on Hamilton to pass him on track shows that he’s not a world champion by chance.”

Raikkonen said he was unsure whether Ferrari’s decision cost him third place.

“Obviously it was very difficult to overtake, but at one point Hamilton made a mistake and I managed to pass him, then after the pit stop he got the position back,” said Raikkonen.

“We lost the place there, I don’t know how and why they managed to jump us, and I don’t know what would have happened if we would have stayed out. Now we have to go through everything, see what happened and what we could have done better.”