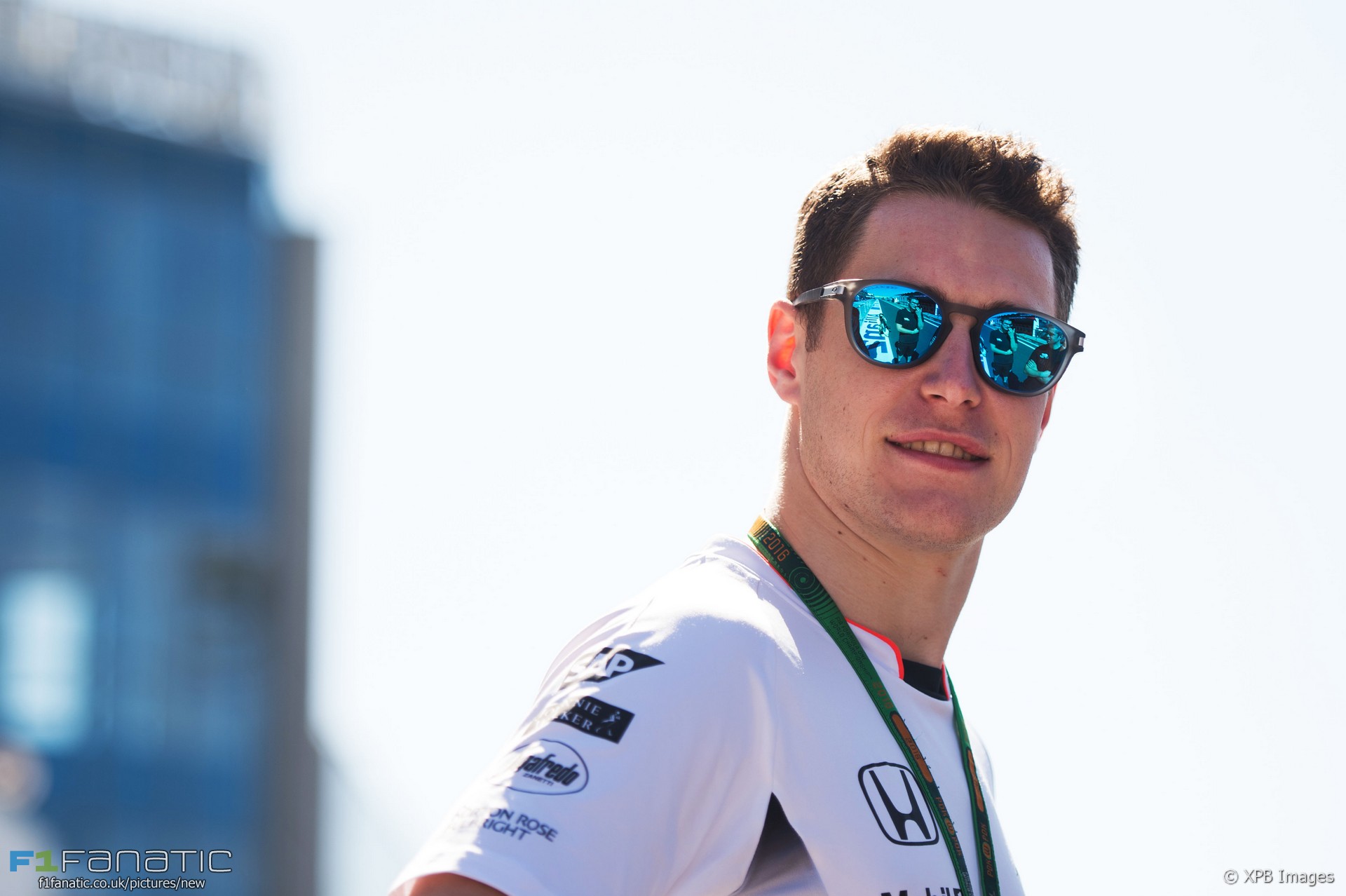 In the round-up: Fernando Alonso says he will help McLaren prepare Stoffel Vandoorne to be the team’s leading driver.

"(Next year) I will try to do my own job but Jenson and myself will be helping Stoffel as much as we can because for the future he will be the man."

"It's difficult to put your mark down but now (I'm) a bit more popular in Belgium - it definitely helps get the popularity of F1 rising."

"Someone claimed that I had said I was going to replace Daniil in Singapore. Yet, I never said that, it never happened."

Christian Horner: The Formula One driving force aiming to steer Red Bull back to the top (Evening Standard)

"Horner says the deal 'feels like a positive move and the ongoing involvement of Bernie Ecclestone as CEO is key to that'."

"There is another area where Liberty Media are likely to succeed where Ecclestone has failed, and that is the United States itself."

"'He has always believed in the power of live sport and the ability to monetise it,' says Michael Nathanson, an analyst with MoffettNathanson. At DirecTV “he made sports the core selling point” of the service."

Where does Daniil Kvyat go from here? (ESPN)

"There was quite a high chance of this kind of scenario. For one year and a half I was living without knowing what was going to happen in the next day, so it's fair enough."

"Formula One Management also have an archive of 60+ years of compelling stories. Formula 1 should use curate this content and put it on the F1TV subscription platform."

'F1 is like a barber that offers just one hairstyle': three F1 priorities for Liberty (James Allen on F1)

"The presentation of F1 is its greatest adversary, especially when you try to expand to different markets."

From the cockpit: Felipe Nasr on frustrations in Spa and Monza (F1i)

"In my first (and only) lap of the Belgian Grand Prix, I managed to get to 11th place before a puncture caused from the debris on track after the chaotic start not only forced me to stop, but also destroyed the extractor from my car. The flapping rubber from the tyre managed at the same time to wreck the undertray of the car and right there we lost 20 points of downforce."

There is only one... Nico Hulkenberg (F1)

"If you could pick just one memory from your racing career to keep... NH: My Le Mans win last year."

How should F1 go after the youth audience it has struggled to capture in recent years?

This quote from Jenson Button in the Telegraph article interested me:

“At the moment our audience is people that watched me start in Formula One and they are still watching Formula One. We don’t really have a young audience at the moment.”

Jenson’s first line is 100% correct I think, but the second line is very problematic. How do you define what a “young” audience is? I started watching F1 when I was eight and am now 32. I have grown up stuff to deal with in life like a wife, baby, a job and a mortgage, but I still adore F1 and I am pretty sure that I am still fairly “young”. In the future will F1 be targeting the eight-year-old me, 16-year-old me, 32-year-old me or even the 45-year-old me? The answer to that question is really quite important, because different things attracted me to the sport at different times. The eight-year-old me wanted crashes and fire, 32-year-old me not so much, he’s all about watching nuanced, pure racing between the best drivers in the fastest cars. If F1 is targeting 16-year-olds, does that mean that race reports on F1.com will be written exclusively in emojis and that Martin Brundle will now have to start saying things like “totes”?

The first things Liberty need to do are (a) work out who their audience is and (b) work out who they are targeting, because saying things like “young audience” is very misguided. Compared to Bernie Ecclestone, Chase Carey is young…
@Geemac

Ten years ago today Michael Schumacher announced his first retirement from Formula One after winning the Italian Grand Prix for Ferrari: