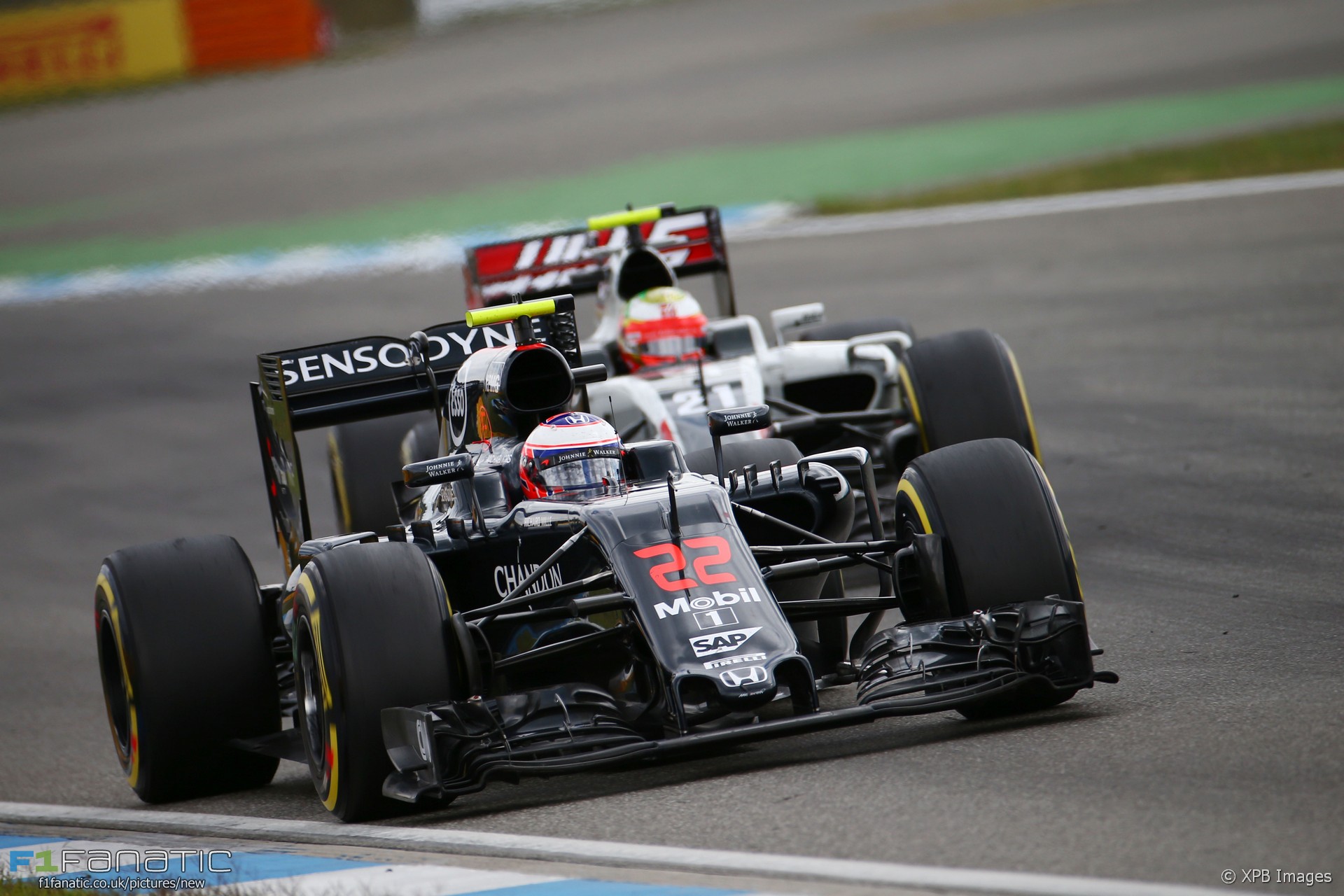 Jenson Button was pleased with his run to eighth place in the German Grand Prix which included a late pass on Valtteri Bottas.

The McLaren driver qualified 12th but gained ground quickly at the start. “I made a very good start and made up most of the places there,” he said.

“After that, it was just about looking after the tyres, which were degrading faster than we’d expected. We also had to do a fair amount of fuel-saving, too, particularly in the last ten laps.”

“In fact, I went off the circuit towards the end, just because I was doing so much fuel-saving that I hit the brakes and they were just stone cold. I hadn’t even been braking hard.”

Button was running ahead of Felipe Massa when the first Williams retired, and closed on Bottas in the final laps.

“At the end, I was able to pick off Valtteri, who was struggling on his tyres,” he said. “It feels satisfying to have beaten both Williams, but eighth was as good as it was going to get today – we were 20 seconds behind the car in front, and there’s still quite a bit to go before we catch those guys.”