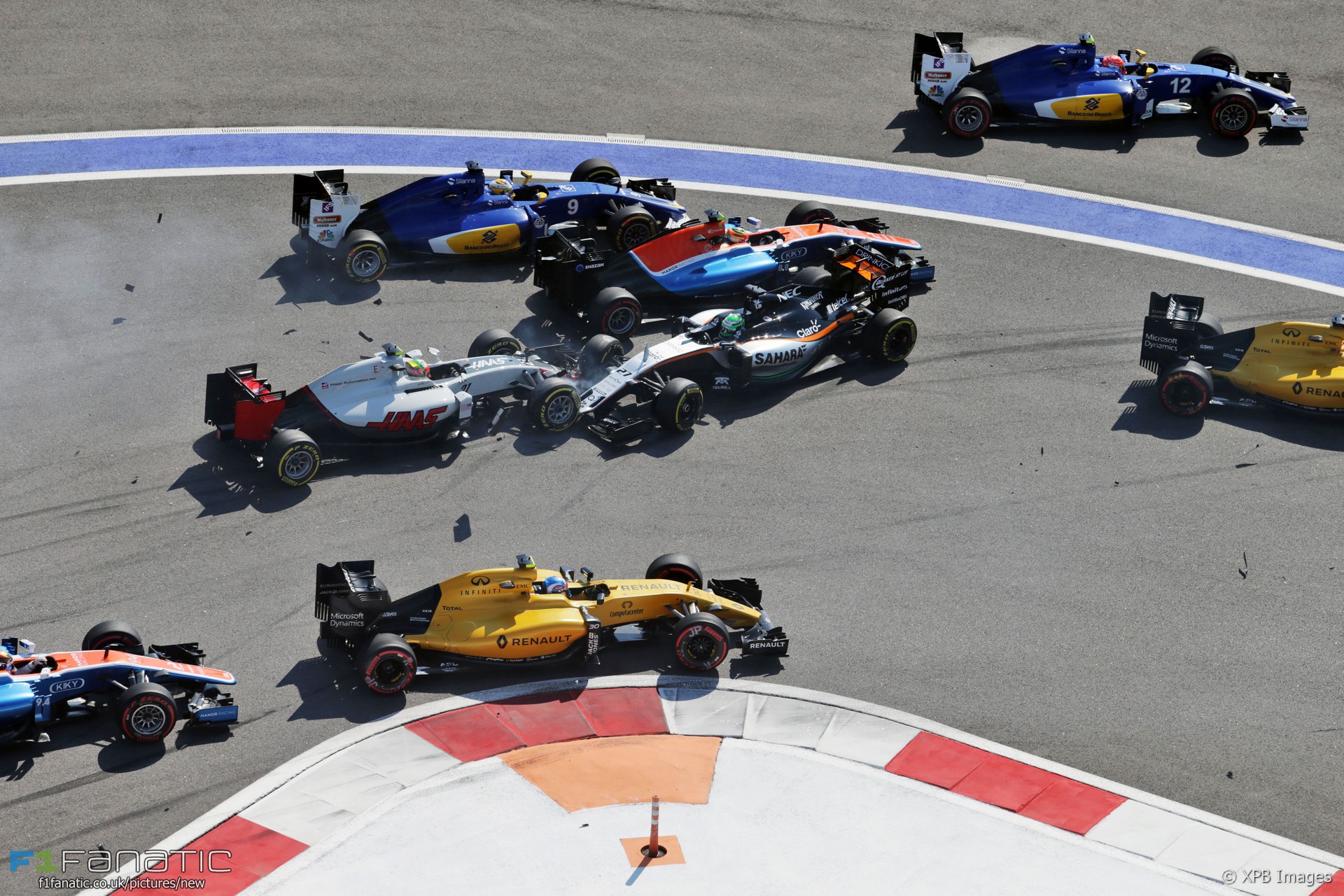 Jenson Button says improvements should be made to turn two at Sochi Autodrom after another first-lap incident at the track.

Sebastian Vettel, Nico Hulkenberg and Rio Haryanto all retired after a multi-car collision at the start of the race.

“As the pack dived into turn two I had to back off because it was mayhem,” said Button. “The bollard at turn two is the problem at the start because people are trying to fight through turns two and three. I think that needs some looking at.

The race organisers altered the rules regarding the run-off for the corner on Saturday morning, requiring drivers to navigate a polystyrene block if they went off the track at the corner.

Button dropped back to 15th after avoiding the chaos, and recovered to take a point for tenth place.

“From there, I was disadvantaged, but the pace was in the car<" he said. "After that, it was just a case of fighting my way back – which I really enjoyed. It’s difficult to overtake around here, but I was able to make a few moves and enjoy myself." Both McLaren drivers finished in the top ten: Fernando Alonso came home in sixth place. “To get both cars home in the points – and at a track which we didn’t feel would really suit our package – is a fantastic result for the whole team,” he added.

27 comments on “Button wants changes at turn two after crash”