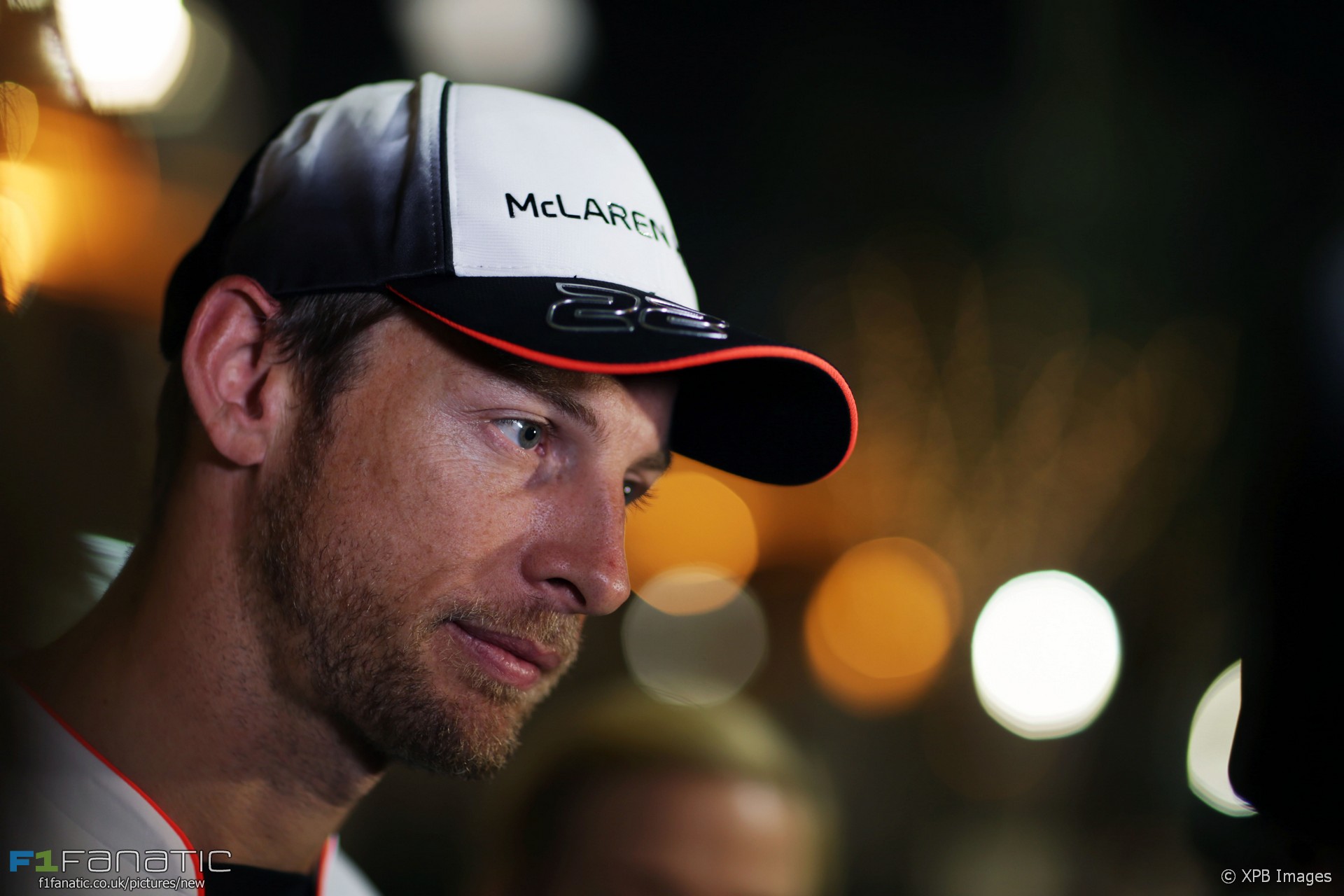 Jenson Button says McLaren have to aim to reach the final phase of qualifying tomorrow after posting the third-quickest time in the second practice session today.

“I think when you’re third in FP2 and it’s not because of changeable conditions or anything, you’ve got to be thinking about getting into Q3,” said Button. “It has to be the aim.”

McLaren didn’t reach Q3 during any of last year’s races. The challenge of reaching the final round has increased this year as only eight cars progress from Q2.

“Today was good,” he said, “FP1 and FP2 were both competitive and it’s nice to have a car that feels good beneath me, one we can really work with and see good gains.”

“It was only practice today, but it was a lot more fun than normal. High-fuel runs weren’t too bad either – overall it’s been a positive day.”

However he sounded a note of caution about McLaren’s rivals. “There’s still a lot of work to do tomorrow on long runs, especially on the harder compounds, when I’m sure the other cars will be more competitive tomorrow,” he said.

“But, we were third quickest today, and that’s a positive. There are certain areas where we need to improve, and I think we still can improve. We have to do a good job as a team tomorrow and make sure we don’t make any mistakes.”