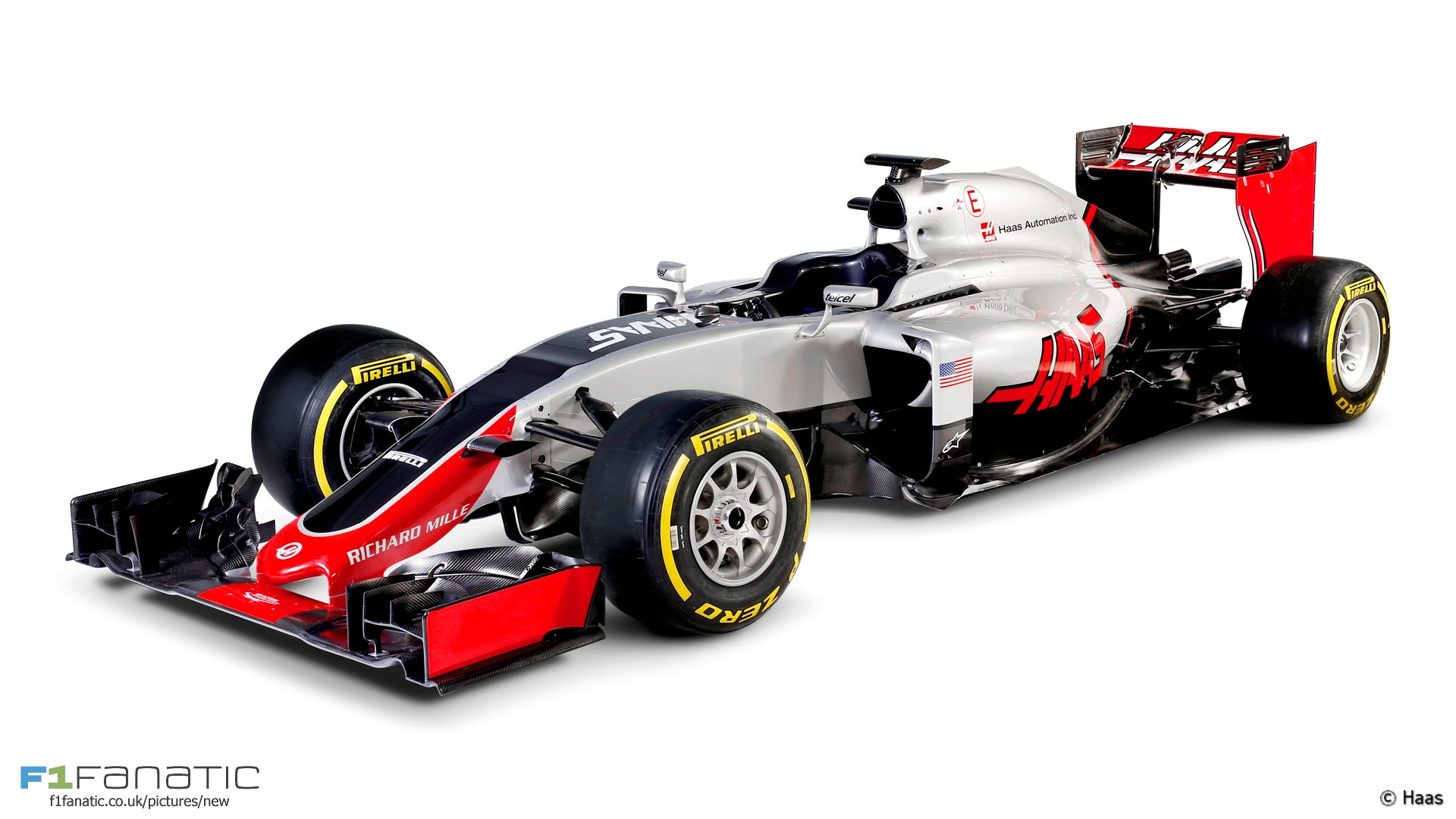 F1’s newest team Haas has revealed the car with which it will contest its first season of grand prix racing.

The Dallara-designed chassis will benefit from a 2016-specification Ferrari power unit and ancillary components. Team principal Guenther Steiner said the team paid attention to what their rivals had done to produce “the best evolution of a good F1 car”.

“We’re a new team, so we looked at what the successful teams were doing to give us a baseline of the direction we needed to go with our design. We have very experienced designers who worked hard to develop all the little things from an aerodynamic perspective that, collectively, add up to a lot.”

“And our technical partner, Ferrari, provided our power unit, and that really defined the rear end of the car and how big it needed to be.”

The new team has been set up by Gene Haas, founder of Haas Automation, whose branding appears on the car.

“When you hear ‘F1’ you know exactly what it is – a global racing series that showcases the latest technology and attracts the best talent in engineering and design,” said Haas.

The car carrier the name VF-16. The ‘V’ is derived from the vertical mill machine developed by Haas Automation in the eighties and the ‘F’ refers to F1. However it is also being unofficially referred to as “very first”. The car’s grey and red livery also reflects the company’s range of products.