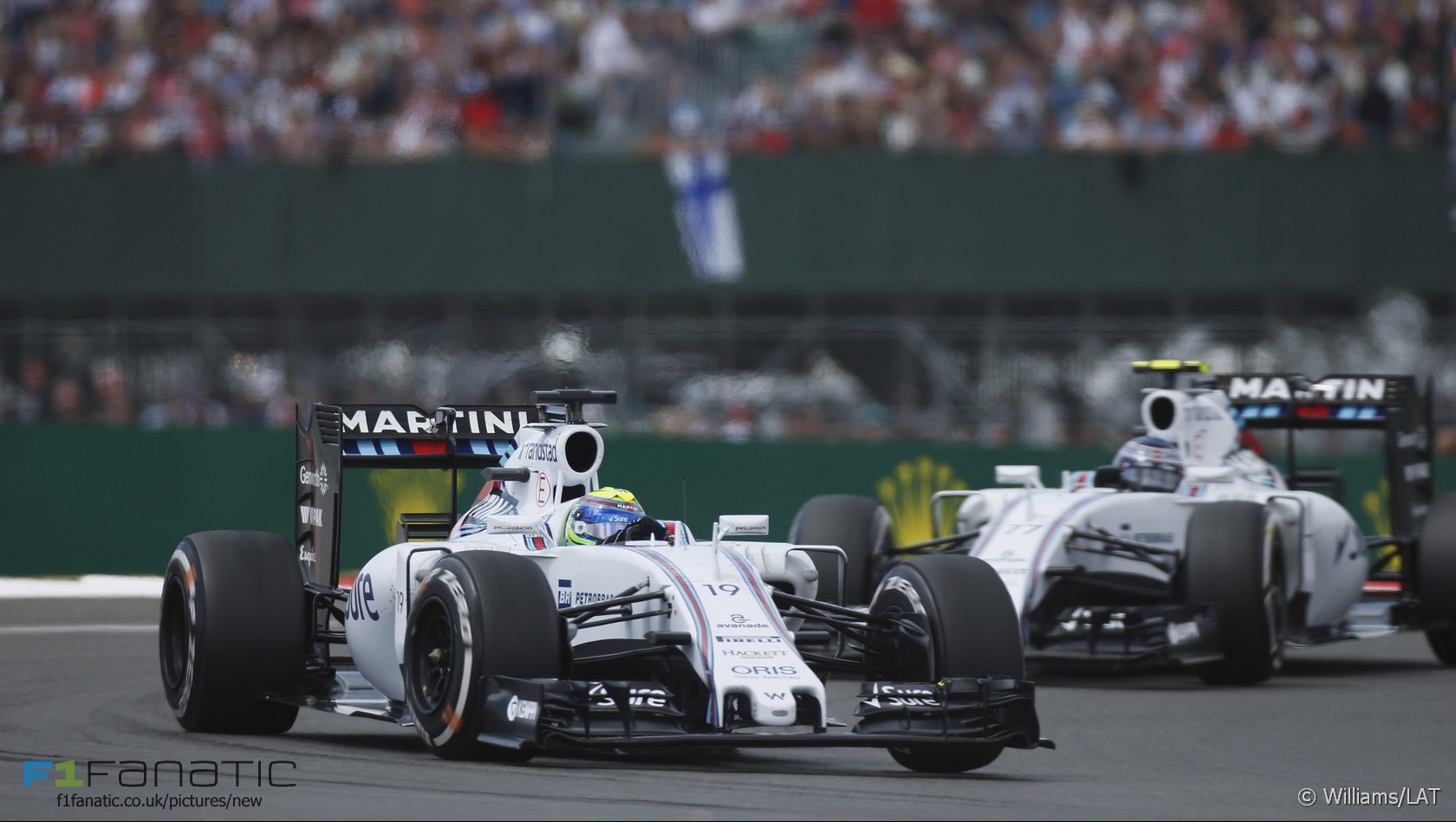 Despite lacking the budget of the top teams, Williams consolidated their status as F1’s leading privateers by repeating their third place in the constructors’ championship.

While not achieving quite the same highs as 2014 with no pole position and only two podiums apiece for Valtteri Bottas and Felipe Massa, Williams secured an impressive third in the constructor’s championship for the second consecutive season.

With a strong driver line-up and an excellent engine mounted to a capable chassis, Williams sometimes found themselves occupying a hinterland behind the Mercedes and Ferraris but under little pressure from the rest of the midfield. Williams finished as ‘best of the rest’ behind Mercedes and Ferrari nine times in 2015 and did not reach the chequered flag before a Mercedes when both Hamilton and Rosberg finished a race once – a feat they achieved on more than one occasion in 2014.

The evolutionary FW37 was not quite as strong at low-drag venues as its predecessor, but this remained its key strength as attested by podiums in Canada, Austria, Monza and Mexico. Slow corners and wet conditions remained a significant weakness, with Monaco being a conspicuous low. There, as in Hungary, they left point-less.

Their home race looked like being the highlight of the season when Massa and Bottas rocketed past the two Mercedes into the lead to the roar of the British crowd. They remained there for 19 laps before being inevitably swallowed up at the first round of stops, and the subsequent rain shower ensured neither would reach the podium.

Pit work was another obvious weakness. Conservative strategy calls, slow stops that often cost their cars valuable seconds, an embarrassing mix-up at the Belgian Grand Prix that left Bottas with three soft and one medium compound tyre on his car and a handful of penalties for unsafe releases will likely mean plenty of pit stop practice for the Williams crew over the winter.

Massa produced a solid season, out-performing his much younger team mate at a number of races and maximising his opportunities in both Canada and Mexico to take two well deserved podiums, but lost more places on the opening lap than any other driver in 2015 and scored in just three of the final seven races to end the season sixth in the standings.

Bottas too was fast and consistent, despite suffering a broken vertebrae during the opening race weekend in Melbourne. Qualifying proved a particular strength as the Finn only failed to reach Q3 once in 2015 – in Monaco.

Over the final third of the year, Bottas found himself embroiled in a fascinating rivalry with Kimi Raikkonen over fourth place in the drivers’ championship – with the two dramatically colliding in Russia and Mexico. The Ferrari prevailed as Williams dropped further of the front-running pace at the final two rounds – a situation which might have been different had they received Mercedes’ late-season upgrade.

Having solidified their position back near the sharp end of the grid this year, simply staying there next year will not be enough for the Williams team. But after an underwhelming end to the season at Yas Marina, Rob Smedley admitted the team’s development emphasis over the later half of the year had been on next season.

“Our focus has been on the 2016 car for quite a long time,” said Smedley. “Now we’ve got a long winter ahead and we have to come out the starting blocks in a full sprint next year.”

The magnitude of the challenge it will be to overcome both Ferrari and Mercedes to genuinely challenge for victories once again cannot be overstated, but for a team that has taken on the world and won many, many times before in its long history, there can be no satisfaction without victory.