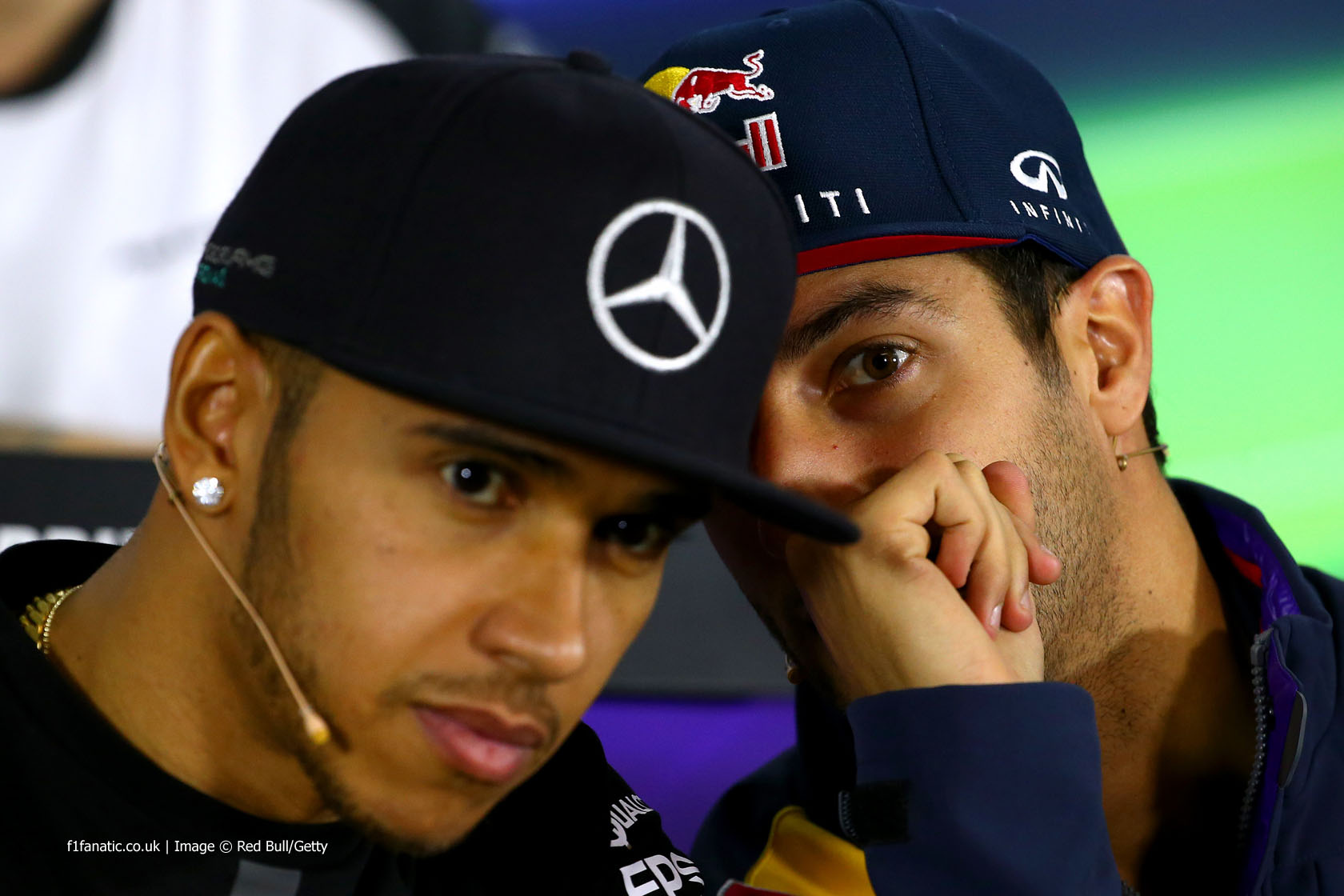 As the curtain falls on the 2015 season, take a look back on some of the lighter moments in your favourite F1 Fanatic Tweets of the year.

German flag colours on Vettel's latest helmet design. He'll have a new one by Sunday, no doubt… #F1 pic.twitter.com/E9NykbQswV

Going to see #50ShadesOfGrey. Am guessing it's some kind of #F1 season preview? pic.twitter.com/K6AEJjtLVa

#F1 has its smallest grid at the start of a year since 1967 but don't worry, here comes the @FIA to ban drivers changing helmets…

Congratulations to @FelipeNasr on the best result for a Brazilian driver on their #F1 debut: http://t.co/zuZkshA9aS pic.twitter.com/7AnmCAa0U5

"Is it too soon to ask for Nicole's number?" http://t.co/DtKbvOgWkn #F1 pic.twitter.com/LAy1Pd6XY5

Alonso was 1.5s slower than when he drove a Minardi. But he's happy with his move to McLaren: http://t.co/MIsa4NaWp2 pic.twitter.com/AcLxBotn6o

Not something you want to see – someone just ran across the live race track. #F1 #ChineseGP http://t.co/Hb1S6DYIWk pic.twitter.com/GVCZjOmNgO

Rise and shine! Welcome to one of the best racing days of the year: the #MonacoGP & #Indy500: http://t.co/vaK1A2DNin pic.twitter.com/7Iid2fVcm5

"Pfft. When they had V10s I'd never have got away with this…" #F1 #CanadianGP pic.twitter.com/3vcnDtm4Py

Scary video shot by a fan of that #NASCAR crash yesterday. Via @MattDeason pic.twitter.com/tVslpaKxTv http://t.co/mesQdapc7F

Pushing his car with one hand, waving to the crowd with another. Fantastic stuff from @alo_oficial! #F1 #HungarianGP pic.twitter.com/nrtqrZBhYw

So Volkswagen have been cheating their emissions tests and Audi have been ramming their #DTM rivals. They'll fit into #F1 just fine. #F1F

Practice red-flagged while Sainz is attended to. The barriers bear testament to the speed involved. pic.twitter.com/82ICvfrP8U #F1 #RussianGP

How not to leave the pits at Yas Marina by Sean Galeal. #GP2 pic.twitter.com/lKgpHBJXlX

Adami: "Alonso in front of you, blue flags." Vettel: "I mean he must really hate me. I don't know what's wrong with him." #F1 #AbuDhabiGP