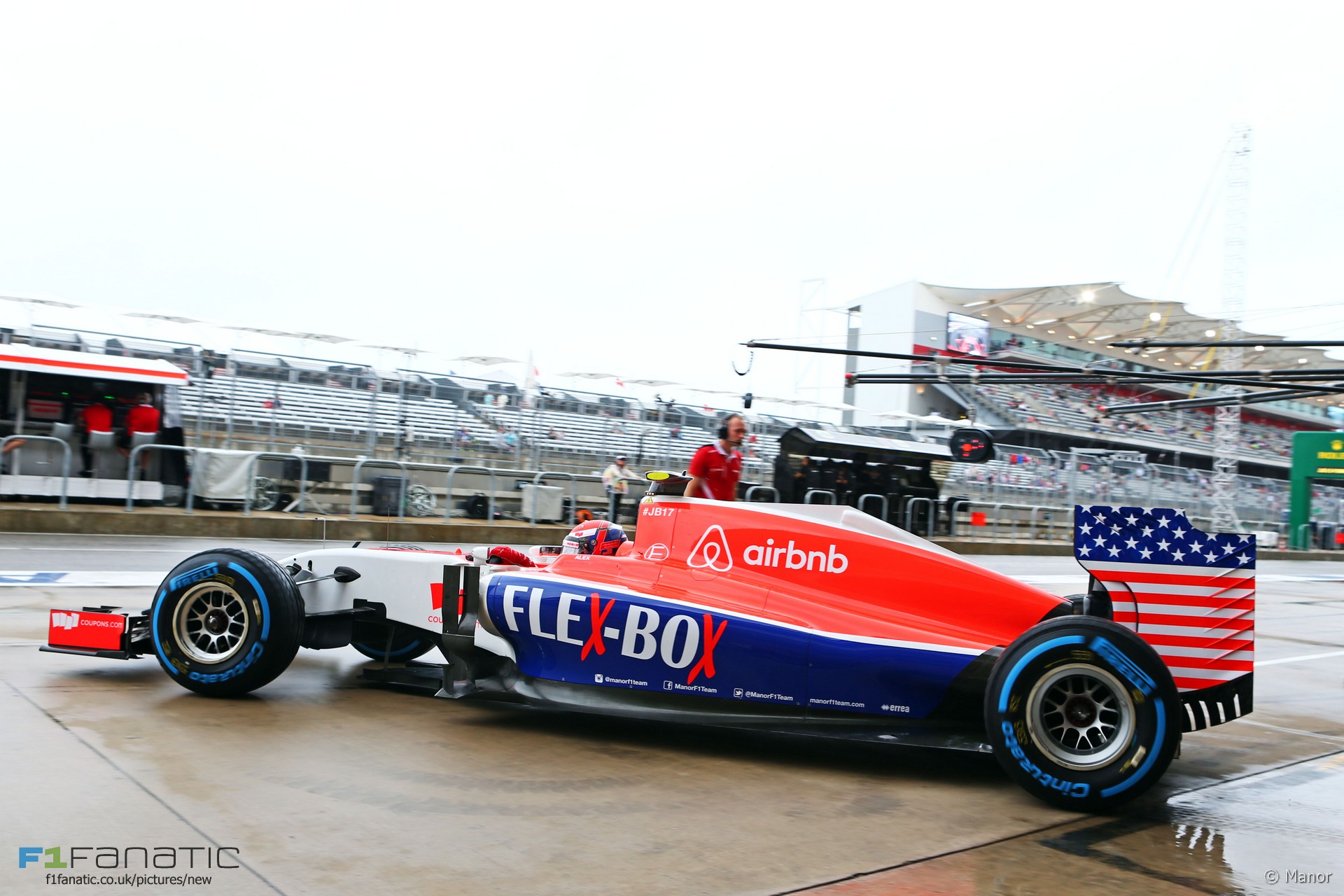 After coming so close to making his F1 race debut with Marussia last year, few could’ve begrudged Alexander Rossi finally getting his chance – except perhaps Roberto Merhi, whose place he took.

Rossi arrived at the back-of-the-grid team to start five of the final seven rounds having spent the season up to that point driving for Racing Engineering in GP2. On his debut at Singapore he put his prior knowledge of the track to good use, finishing ahead of Will Stevens despite a radio problem causing some confusion when he was supposed to regain a lap during a Safety Car period.

He maintained his advantage at two tracks which were new to both drivers in Japan and Mexico, and was back in his GP2 car in Russia and Abu Dhabi. His last appearance for the team was in Brazil, where he managed to out-qualify Stevens but couldn’t maintain the place in the race, losing out to his team mate in a side-by-side battle into turn one.

Nonetheless a point had been made about his potential, and after a long time on the F1 periphery he has surely done enough to prove he deserves a full year in the car. The limited amount of time he spent in competition makes it hard to justify placing him higher than this for now.

Singapore – With the advantage of some prior track experience Rossi was reasonably close to his team mate’s pace on his first day in the car. But a crash at the end of first practice reduced his running in the second session, and it was no great surprise that he lined up last. He admitted he didn’t get away well at the start, but he got past Stevens at turn five and finished ahead of him. This was despite losing radio communications at one stage, which was why he failed to regain a lap during a Safety Car period.

Japan – Felt his pace improved during the race and finished ahead of his team mate again.

United States – Out-qualified Stevens, and problems for Sainz and Raikkonen elevated him to 17th on the grid. Ran ahead of Nasr until a Safety Car period allowed the Sauber to catch up, and was elevated to 12th by retirements, equalling Manor’s best result of the year.

Mexico – Got back onto the soft tyre at the end of the race and demoted his team mate to take 15th at the flag.

Brazil – On his last race weekend in the car this year, Rossi edged Stevens in qualifying. However he complained of “terrible” balance in his seconds and third stints and said he was powerless to keep his team mate behind.

Stevens slipped remarkably easily once put under pressure by the young American (Singapore, Suzuka, Austin). Was instantly on pace with his more experienced team mate.
@Atticus-2

What’s your verdict on Alexander Rossi’s 2015 season? Which drivers do you feel he performed better or worse than? Have your say in the comments.

Add your views on the other drivers here: