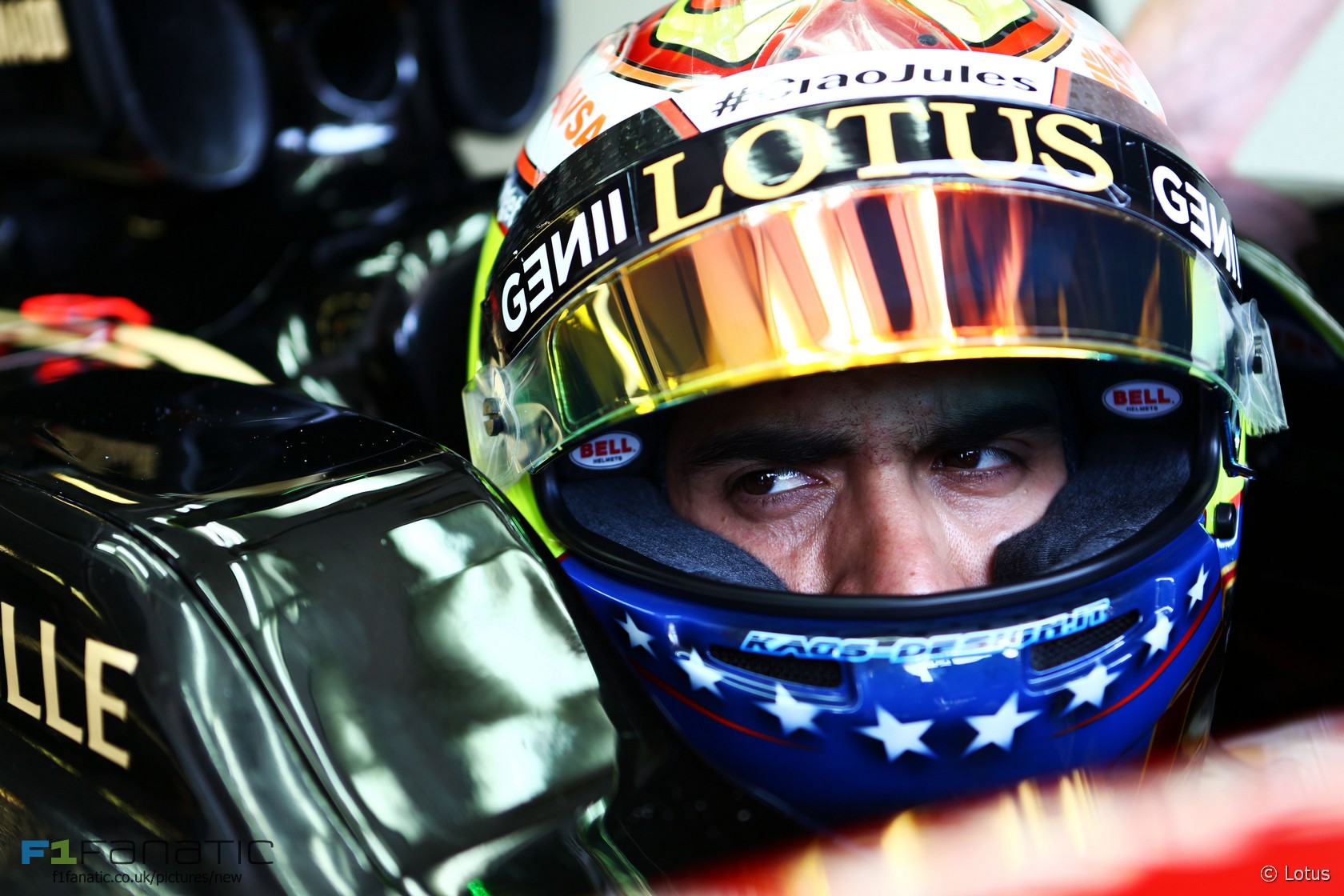 In the round-up: Renault CEO Carlos Ghosn suggests the driver line-up for 2016 could still change, despite Lotus having signed Pastor Maldonado and Jolyon Palmer before they were bought by the manufacturer.

Ghosn stated a meeting will be held next month to discuss drivers and other matters, and did not rule out the possibility of bringing in a French driver.

"Steiner fantasizes about 'mid-pack,' somewhere around the top 10 in a field that usually has 20-some cars."

"Petronas, Mercedes' primary sponsor and key technical partner, made gains of its own after introducing a new fuel at the Italian Grand Prix, and it expects the battle with Shell and Ferrari to intensify next year."

"Based on unofficial overnight viewing figures, the 2015 Formula One season recorded the lowest average audience since the 2007 season."

"To be honest, we're looking into every single piece of land that we can put a grandstand on, and at the moment (28,000) is what we could get, that's the number we could get."

Quote a few of you believed Sebastian Vettel deserved to win the FIA’s Personality of the Year award in stead of Max Verstappen.

I love the people saying that Vettel should have won personality of the year. Can you imagine anyone saying that a year or two ago?

He hasn’t changed that much, but opinions of him certainly have.
@Ciaran

One year ago today four men broke into Red Bull’s headquarters in Milton Keynes and stole 60 of their F1 trophies. The quartet were convicted and jailed last month.