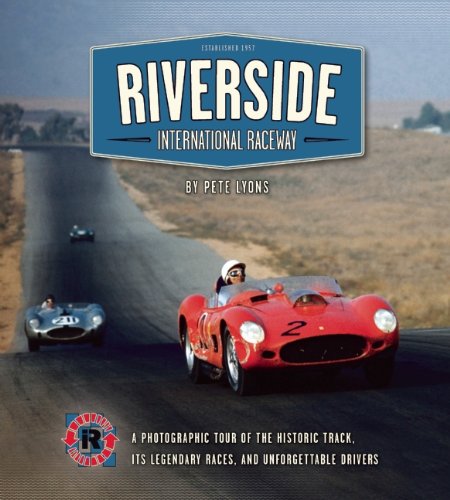 Fuji Speedway, Osterreichring, – there are many once-great Formula One venues which have been butchered into pale imitations of their former glory.

Few former grand prix circuits have been obliterated entirely – but that was the sad fate of the Riverside circuit in California which held the second ‘true’ world championship United States Grand Prix in 1960.

Perhaps things would have been different had the circuit been built to its original plans which included an extra-long loop for grand prix races. The track was little-loved by grand prix drivers when it held the 1960 United States Grand Prix.

Looking at it from a modern perspective, the sinuous, undulating curves in the opening part of the lap would set it above many of the flat, featureless venues which comprise much of the current F1 calendar.

What certainly counted in its favour was its versatility. How many venues can claim to have held races for vehicles as diverse as F1 cars, IndyCars, NASCARs and drag racers?

Riverside’s diverse three decades of motor racing is captured in this lavish and detailed history. Author Pete Lyons has clearly done his research – I would have appreciated even more of his prose, even at the expense of the vast number of pictures.

This is more than just the story of which races took place at the track, but how Riverside came to be built in the first place and why a shopping mall now stands where engines howled, victors cheered and, on 20 sad occasions, deaths were mourned – the last occurring after the circuit’s official final race. In the end Riverside was killed off by nearby housing development which brought complaints from residents who didn’t want the noise of a racing track on the doorstep. F1 and the many other series which visited Riverside can’t go back there any more. But this excellent book ensures its memory lives on.