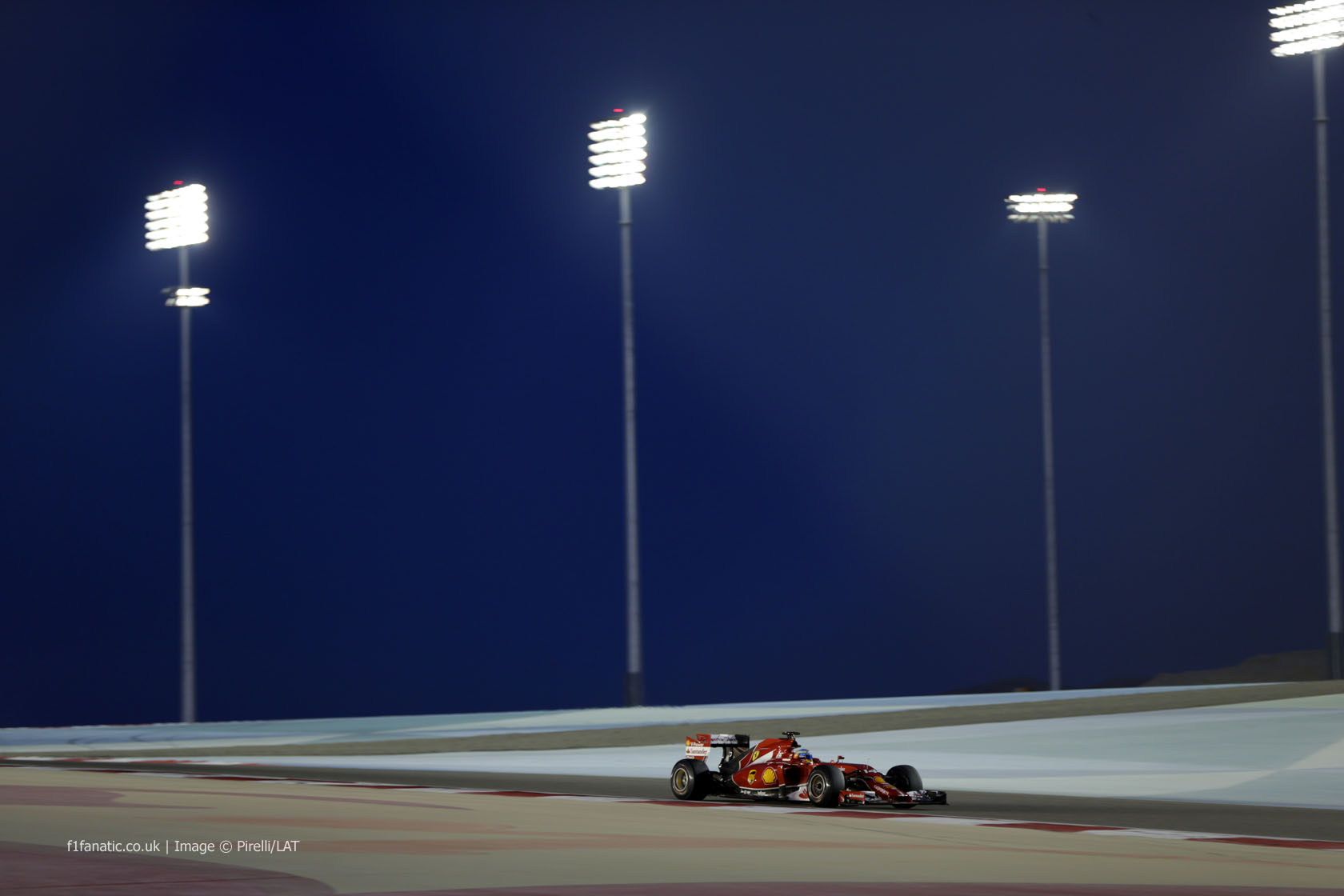 For its tenth anniversary the Bahrain Grand Prix has become a night race.

The start time has been moved back three hours to six o’clock in the evening, just minutes after the sun goes down in Sakhir. The race organisers have put up 495 lighting poles around the circuit to illuminate the circuit to the same standard drivers are used to from races in Singapore and Abu Dhabi.

This will have an obvious effect on the temperatures during the race, though not as severe as might be expected. Minimum night temperatures in the area at this time of year can be as high as 20C. In comparison daytime temperatures for the three days ahead are expected to be in the mid-twenties, reaching 27C by Sunday.

However once the sun goes down the temperature of the track surface – which of course is vital to tyre performance – will drop quite quickly. The track temperature was welcome above 42C during last year’s race but will likely be quite a bit lower this year.

Many who arrived at the circuit yesterday were surprised to see one of the region’s infrequent rain showers. However there’s no expectation of a repeat over the next three days.

For more updates on the track conditions during each session keep an eye on F1 Fanatic Live and the F1 Fanatic Twitter account.

See the location of every race on the 2014 F1 calendar here: