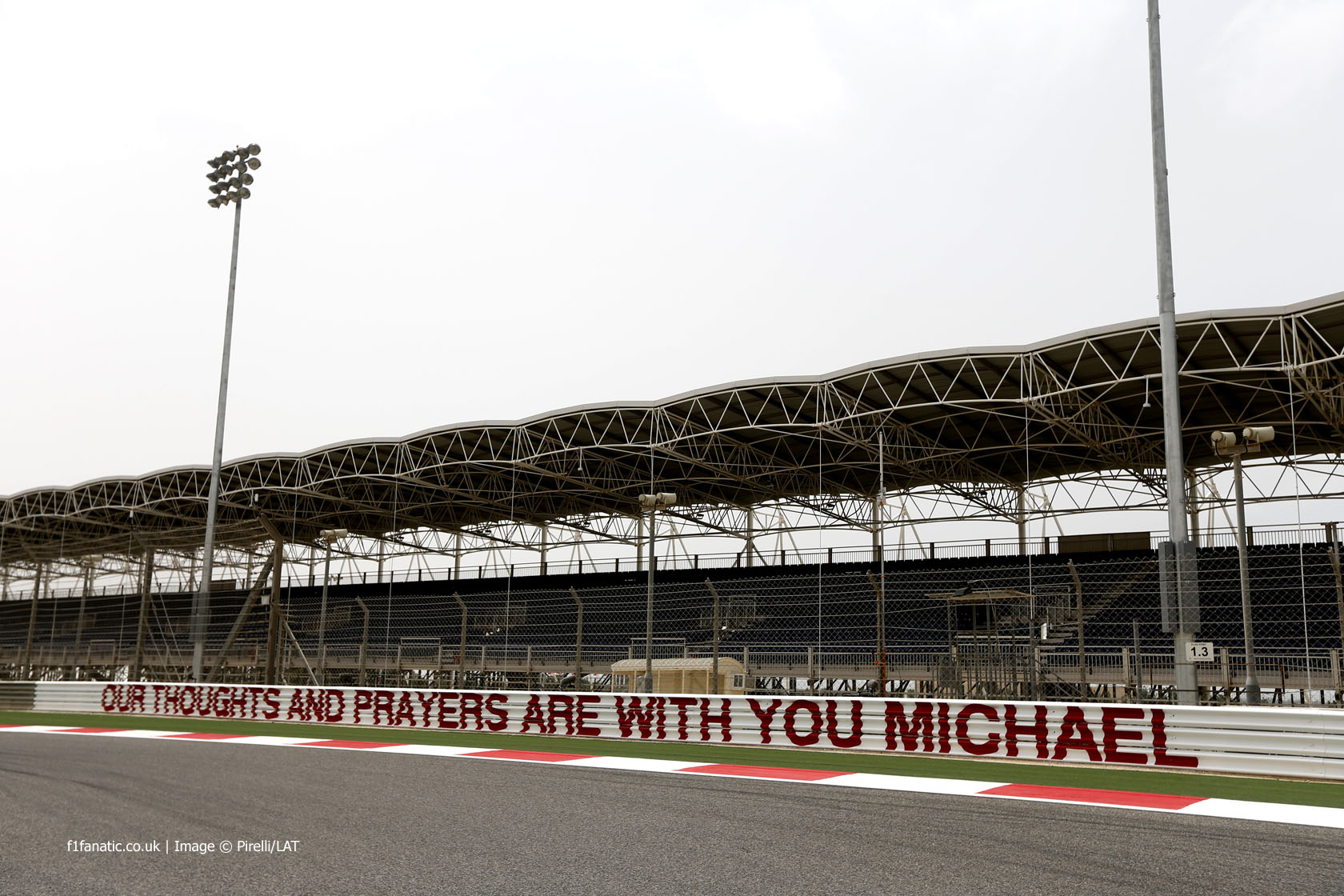 Pictures from the build-up to the Bahrain Grand Prix including a tribute to Michael Schumacher painted on the barrier at the first corner, which has been named after him.