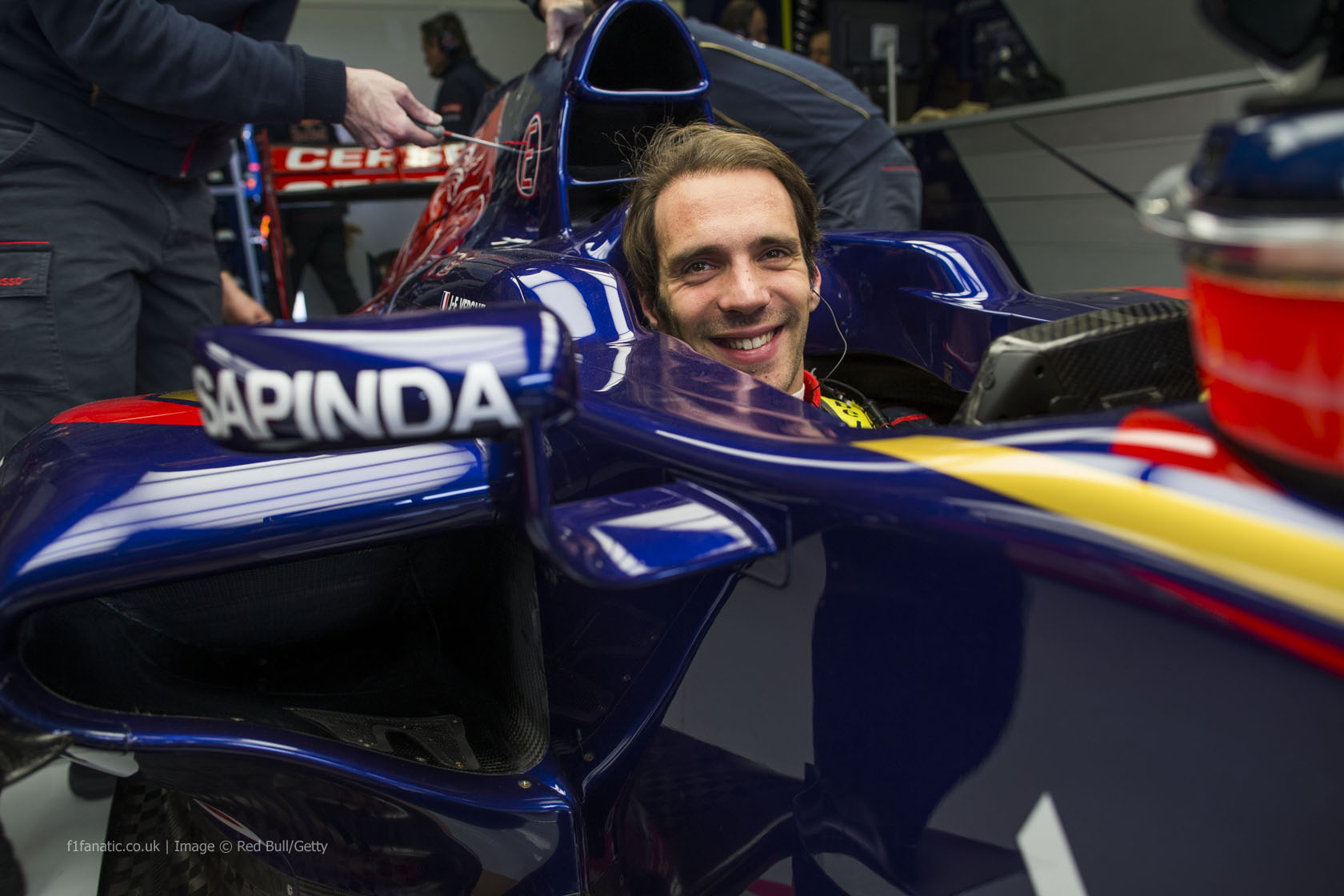 In the round-up: Jean-Eric Vergne says there was an upside to missing out of the Red Bull seat Daniel Ricciardo got.

Good for me to miss RBR drive – Vergne (ESPN)

“I really took the time this winter to look myself in the mirror and realise things, and I realised it was actually good for me not to have gone to Red Bull, I believe. I’m happy to be here and it’s made me a lot stronger as a driver because, as I saw myself last year compared to this year, I was a really weak driver in the head.”

“My first impressions are positive. It feels like it?óÔéĽÔäós underneath you, which is always a good start. There?óÔéĽÔäós not really much more I can add to that right now – we?óÔéĽÔäóll only get a clearer idea of where we stand in terms of relative competitiveness once the testing continues in Bahrain later this month.”

“Ferrari technical director James Allison did just that, warning fellow [Technical Working Group] members that the cars were likely to be ugly as a result of the new rules, and suggesting the teams consider a different route. Sadly for all concerned, Allison?óÔéĽÔäós sensible words fell on deaf ears; his counterparts in rival teams told him the designs would not develop in the way he was predicting.”

“It can be a very gradual process that can take several days or weeks. For the family, the initial fear about whether or not the individual will survive is replaced by fear of what the future will hold and what level of recovery their loved one will make.”

John Surtees on the year ahead (MotorSport)

“One opinion that seemed to be generally expressed is that whoever framed up the regulations for this year had no eye for aesthetics, and that the cars were all basically ugly.”

“Turning the steering wheel to the apex in vein, the number five Brabham skids into the hay bales lining the circuit?óÔéĽÔäós final corner.”

Very sad to hear that David Robertson who helped me reach my dream of racing in Formula one has passed away. My thoughts are with his family

Very sad news that Dave 'Robbo' has passed away, one of the men behind JB & Kimi's early F1 careers. A truly nice guy.

Whoa, let's clear this up immediately… naked?! No way! Never have. Never will. pic.twitter.com/hgp8Qtc4Wh

@Craig-o finally got around to watching Rush – here’s his view:

I finally watched it for the first time the other night. I do not watch many films because I seem to lose interest, but even as I knew the outcome I was gripped throughout. I felt focusing on the drivers off the track helped to show how they were very different and how they became unlikely friends. A film on Formula One was never going to be highly technical and all Hollywood but as an action film it is fantastic. As a documentary on the 1976 season (which it is not), it isn’t.

I thought it was brilliant. The extras on the DVD could have been better though?óÔéĽ?Ş
@Craig-o

Gerhard Berger tested the Ferrari 412 for the first time on this day in 1994.

Although he declared himself happy with Ferrari’s contender for the new season, no fewer than five examples of the team’s new V12 engine failed during the course of this first test.

74 comments on “Vergne: Missing Red Bull seat “made me stronger””