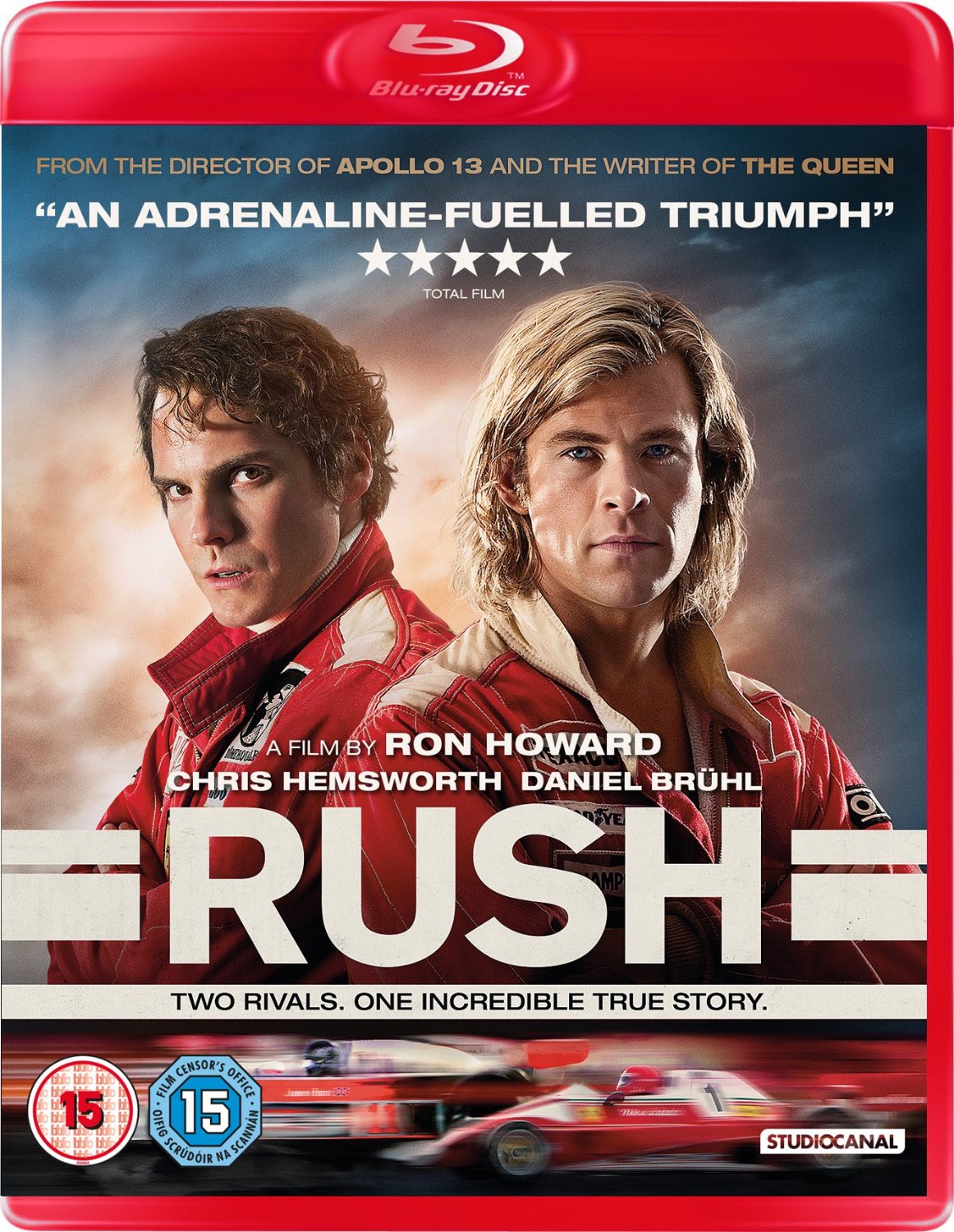 I’m feeling a bit of fatigue when it comes to the subject of Rush.

Since the film appeared in cinemas five months ago the same story has been told again in 1: Life on the Limit and short documentary Hunt vs Lauda.

The success of Ron Howard and Peter Morgan’s vivid and dramatic retelling of the rivalry between James Hunt and Niki Lauda can be gauged from the widespread praise it earned on its release both from those who were familiar with the story and those who weren’t.

Inevitably with a ‘based on a true story’ film such as this, some objections were raised to what was left out, what was left in, and what was invented. There isn’t much of the latter – as Morgan himself notes in an interview on the disc there is little need to “embellish” with a story like this.

One invention which drew particular criticism was the scene depicting Hunt punching a journalist who had asked Lauda “do you think your marriage can survive with the way you look now?” following his facial disfigurement at the Nurburgring. This incident never happened. But Rush is not a review of the 1976 Formula One season, it is a dramatisation.

As an effective short-hand for showing us that Hunt wasn’t above using his fists when he chose (which is true) and that some of the media reportage on Lauda’s recovery was nothing short of despicable (also true), the scene serves a purpose. It also acts as a counterbalance to the film’s occasional over-egging of the rivalry between two people who were, ultimately, friends – something we are left in no doubt about at the close.

In the extras you’ll find a handful of deleted scenes (most of which, curiously, are focused on Lauda) and the usual behind-the-scenes stuff.

A few of these are genuinely interesting. I especially would have liked to see more of the excellent feature on how the collection of period cars was assembled and filmed. Another piece on choosing the locations for the the races – a particular weakness of the film for F1 enthusiasts – is conspicuously brief.

Though I may be a bit weary of the story by now, the film is still easy to recommend and a huge amount of fun. But if you thought I was going to get to the end of this review without pointing out the thrilling climax to the film would have been ruined by Bernie Ecclestone’s double points nonsense, I’m afraid I have to disappoint you.