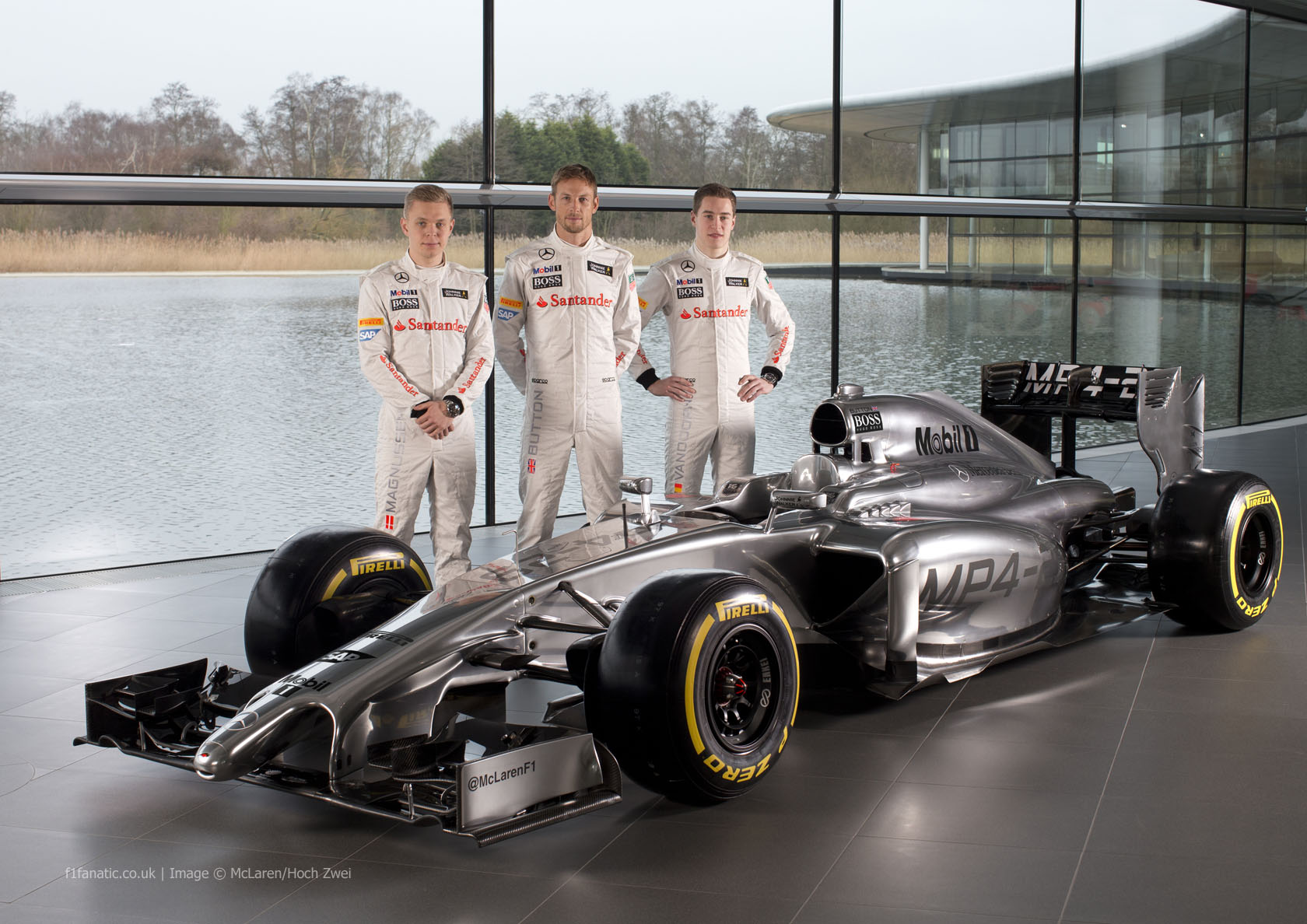 Following a difficult season the McLaren MP4-29 needs to deliver in 2014. Here are the first pictures of McLaren’s new contender.

“We’ve never had such significant new regulations before,” said McLaren managing director Jonathan Neale. “Reacting to them, and managing those changes, while still pushing the performance limits, has been an extremely tough job.”

Neale said the team have taken a “pragmatic” approach to the new regulations. “We know that the need for consistency initially outweighs the need for performance – the winter tests won’t be about chasing set-up or refining the car; the envelope of performance is likely to be so wide, and so relatively unknown, that the winter – and to some extent the opening races – will be about understanding the operational boundaries of the car as best we can.”

“This year, more than ever, will come down to a development race,” he added. “I don’t necessarily think you can expect the car that wins the opening race to be the car that leads the championship charge, something we’ve often seen in the past.”

“No, it will be all about a team’s ability to react and respond. We already have an update package that we’re readying for race one, and we’re discovering new things in the [wind] tunnel, or in CFD, all the time. Once we start track testing, I think you’ll see an intense throughput of ideas and concepts – that’s the nitty-gritty that will win or lose the world championship.”