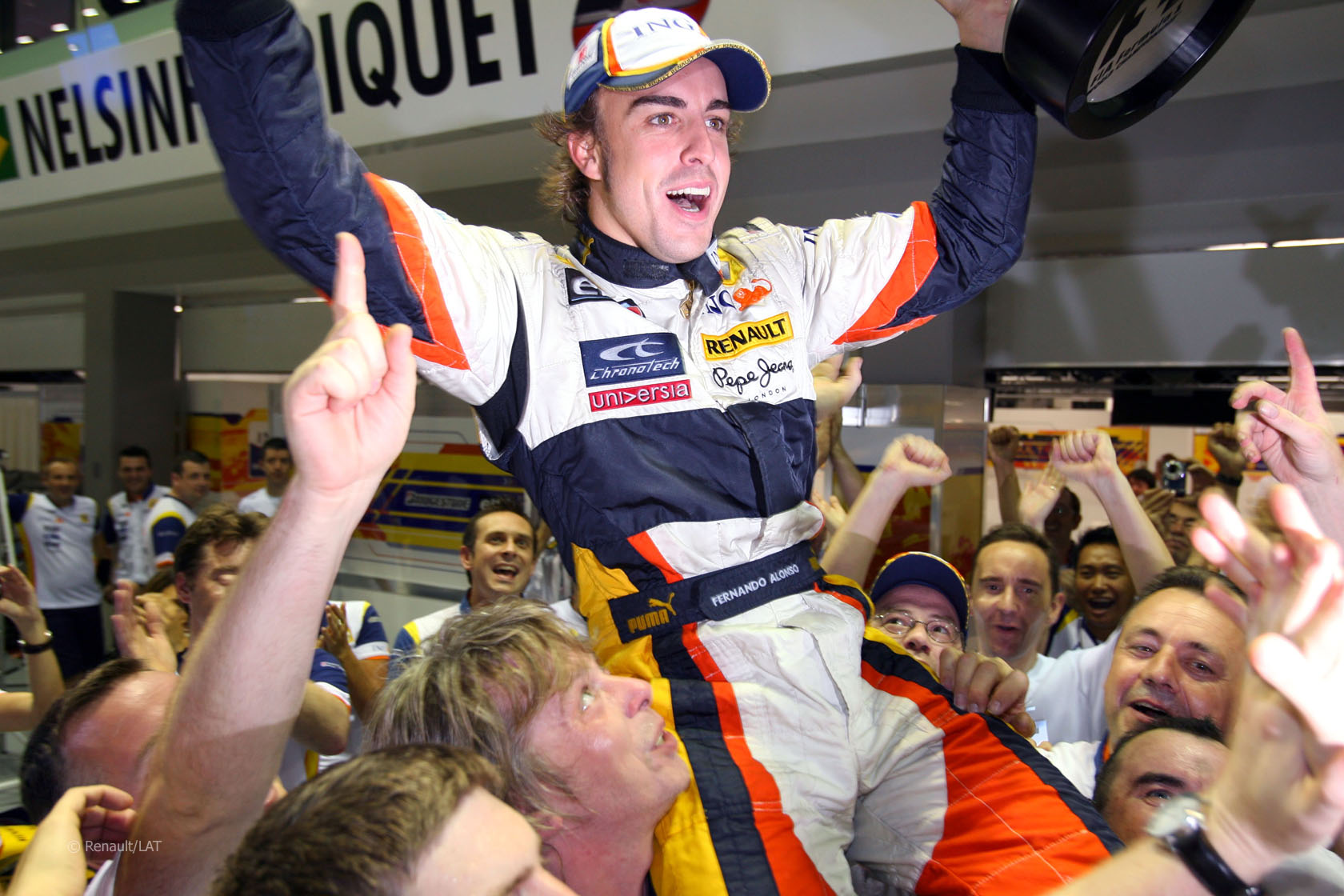 Massa lost the race to Alonso after Nelson Piquet Jnr, driving the second Renault, deliberately crashed his car on lap 14. This caused a Safety Car period which propelled Alonso to the front of the field.

Massa, who parted ways with Ferrari at the end of last year, said Alonso “knew everything” about the plan when asked about it in a recent interview for Autosport. “But he would never tell me,” Massa added.

The details of Renault’s plan to cause the crash came to light almost 12 months after the race. The FIA banned Flavio Briatore and Pat Symonds from the sport for their involvement, but accepted Alonso’s denial he had prior knowledge of the plan.

Symonds has since returned to F1 and is now chief technical officer at Williams, who Massa has joined this year. “For sure, I will discuss it with him,” said Massa of Symonds, “but I am sure he is not the most important guy in what happened”.

“Sometimes people pay more than they need to,” Massa added. “I know how it works, these situations, in F1 but I will definitely talk to him.”

Massa, who has previously likened the race to a fixed football match, failed to score after a pit lane mishap during the Safety Car period triggered by Piquet Jnr’s crash. The points he lost to championship rival Lewis Hamilton that day ultimately cost him the 2008 title.

Massa added the FIA should have “cancelled” the result of the after once the truth came to light in September 2009.