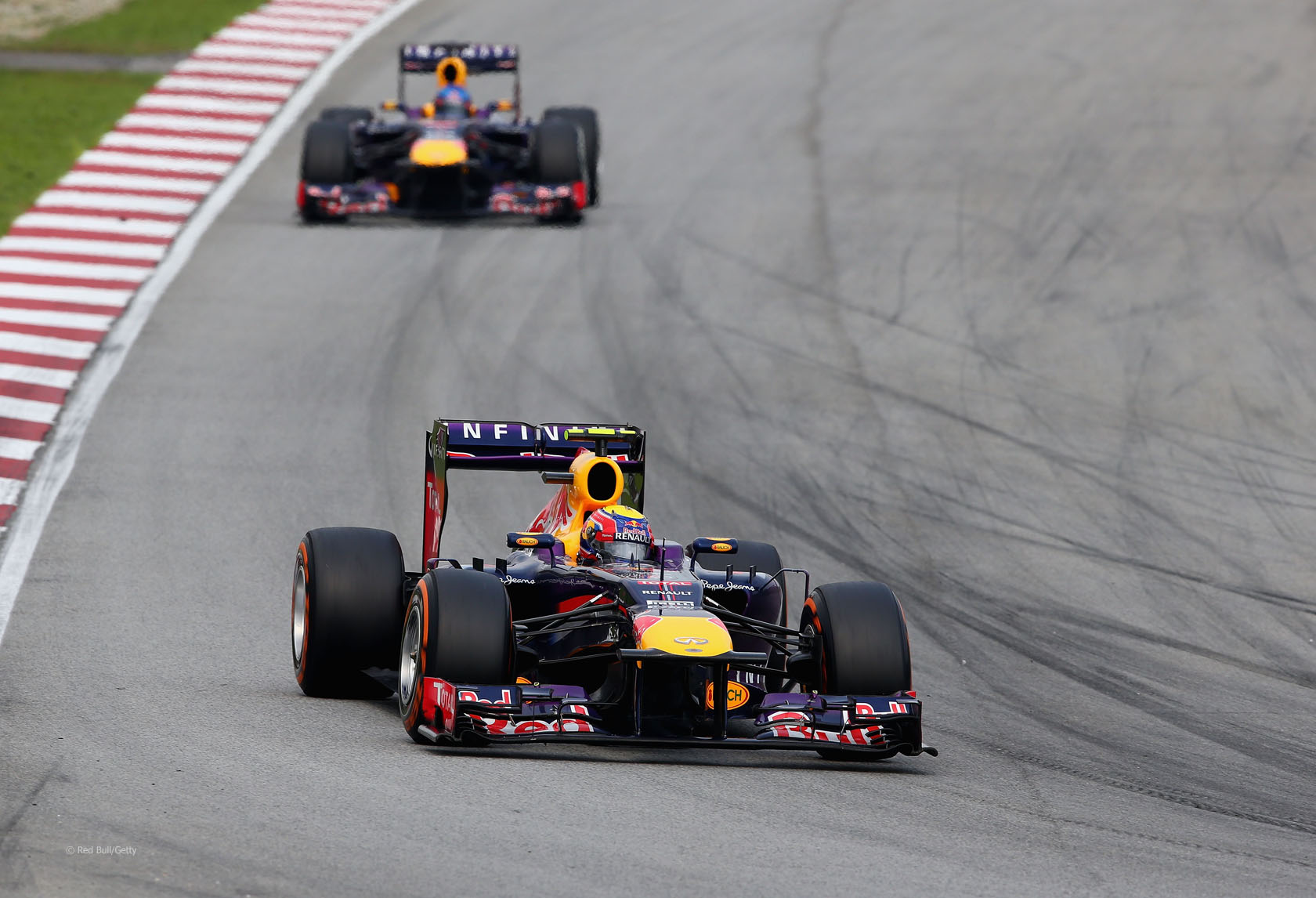 From team orders to mandatory pit stops and double points: F1 Fanatic readers give their views on the stories of the year.

Are Red Bull ?ů‘ťľ?Űdominating?ů‘ťľ?ō Formula One?

Before the season began Bernie Ecclestone remarked he didn’t want to see Red Bull dominate for another season.

At the time only slightly more than half of fans agreed with him that Red Bull had been dominant up to that point. But after the end of the year, which saw Sebastian Vettel and Red Bull clinch their fourth consecutive world championships, that number has probably risen.

Which team has the best-looking car of 2013? The Sauber C32, with its tightly sculpted sidepods and new-look livery, was named the best-looking car of the year.

Which team has the best driver line-up for 2013?

Most teams have changed their driver line-ups for 2014 but one which will stay the same is the one F1 Fanatic readers reckoned would be the strongest this year: Lewis Hamilton and Nico Rosberg at Mercedes.

Red Bull were next, 27% choosing Sebastian Vettel and Mark Webber as the strongest driver pairing.

Who will win the battle of the team mates?

Were Red Bull and Mercedes right to use team orders? 72% said Mercedes were wrong to use team orders in Malaysia, 49% said Red Bull were right to

In the closing stages of the Malaysian Grand Prix Red Bull were running first and second, Mercedes third and fourth. Both ordered their drivers to hold position – with differing results.

Nico Rosberg did as he was told, though he left his team in no doubt he could have passed Lewis Hamilton had he chose to.

Sebastian Vettel, however, took matters into his own hands, passing Mark Webber to win the race.

There was a revealing difference in how fans viewed the two orders. A clear majority opposed Mercedes calling off the battle between their drivers. But a narrow minority (49% to 46%) approved of Red Bull’s unsuccessful attempt to keep Vettel behind Webber.

DRS and tyres: Has F1 got the balance right?

Polls on F1 Fanatic have consistently revealed scepticism about the effect DRS has had on racing. However the ‘designed to degrade’ tyres, used since 2011, are increasingly a cause for concern as well – and this poll was conducted before the infamous Silverstone failures.

Is the FIA?ů‘ťľ‘šůs test ban for Mercedes a fair penalty?

Mercedes were forbidden from participating in the Young Drivers’ Test when the FIA decided they had broken the rules by running a 2013 chassis in a tyre test for Pirelli in May.

Should Mercedes be allowed to participate in the Young Drivers’ Test?

After the British Grand Prix, in which many drivers suffered high-speed tyre failures, the decision was taken to change the tyres on safety grounds. The new rubber was given its first trial at the Young Drivers’ Test, but Mercedes were still not permitted to attend.

Who should Lotus hire to replace Raikkonen? Kimi Raikkonen’s return to Ferrari left Lotus with a difficult choice of who to replace him with. The question of who would join Romain Grosjean at the team in 2014 threw light on one of the themes of the year: the growing financial pressure on the teams, even those who were in contention for race victories.

The fans’ preference to see the drive go to midfield hero Hulkenberg might have been realised had Lotus successfully attracted new investment. But as their attempt to secure funding from Quantum suffered repeated delays, Hulkenberg was passed over in favour of Pastor Maldonado and his PDVSA backing – something just 2% wanted to see.

Should F1 drivers be forced to make two pit stops?

The short-lived proposal to require drivers to make at least two pit stops per race from 2014 was overwhelmingly opposed by fans who largely viewed it as another unwelcome and artificial addition to the regulations.

Thankfully it was scrapped, but relief at the decision to nix this unpopular plan was overshadowed by the emergence of another hare-brained idea which has proved even less popular…

Should double points be awarded at the season finale?

A new rule giving double points at the last race of the season is still in the sporting regulations for next year, despite having proved enormously unpopular.